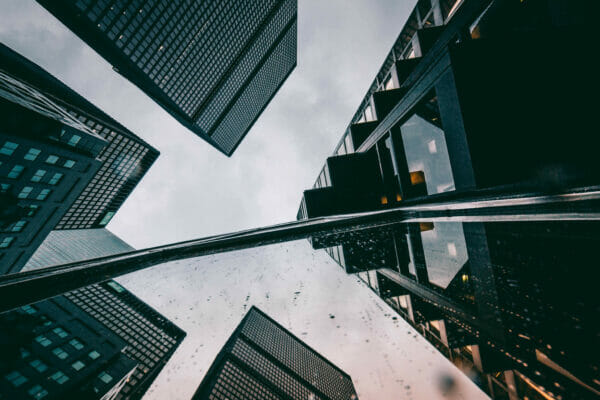 The Claimants brought a claim for damages against various parties involved with the construction of the flats, stipulating that as a result of their defective construction the flats were unfit for habitation under section 1(1) of the Defective Premises Act 1972 (“DPA”).

The Fourth Defendant was an approved inspector (“AI”) under Part II of the Building Act 1984 who was responsible for ensuring compliance with the building regulations when the flats were built. The AI issued an application to strike out the claim against them on the grounds that no duty under section 1(1) of the DPA was owed by an AI.

Section 1(1) of the DPA provides that:

(a) if the dwelling is provided to the order of any person, to that person; and

(b) without prejudice to paragraph (a) above, to every person who acquires an interest (whether legal or equitable) in the dwelling;

to see that the work which he takes on is done in a workmanlike or, as the case may be, professional manner, with proper materials and so that as regards that work the dwelling will be fit for habitation when completed.

Waksman J granted the application, finding that approved inspectors did not owe a duty to ensure the work for or in connection with the provision of a dwelling was done in a workmanlike or professional manner. Waksman J drew a distinction between those who make a positive contribution to the design or construction of a building and those whose role was to ensure that the design or construction of the building was lawful.

Despite liability extending beyond builders to others who “take on work” in connection with a dwelling, such as architects, surveyors or engineers, there was no suggestion that the liability should also extend to building control inspectors or local authorities exercising building control functions [para 30].

Waksman J also found persuasive support in his decision through Murphy v Brentwood District Council [1991] 1 AC 398. In Murphy, whilst it did not specifically deal with section 1 of the DPA, the Lords stated that there is no duty of care owed by Local Authority Inspectors (LAIs) because the DPA had nothing to do with LAIs.

As the DPA excludes LAIs, imposing a common law duty of care on LAIs would create new liabilities for LAIs, which is not within the judiciary’s role, especially as the legislature presumably thought it unnecessary to provide such obligation in the DPA.

Waksman J stated that there was no meaningful distinction between LAIs and AIs given that the approved inspector regime is effectively a privatised version of the local authority regime.

Therefore, considering the persuasive dictum in Murphy that the DPA does not apply to LAIs, and there is no meaningful distinction between AIs and LAIs, no obligation was owed by the Fourth Defendant.

The two main grounds of appeal were:

The Court of Appeal approved Waksman J’s decision and dismissed the Claimant’s appeal.

On the first issue, the Court stipulated that the duty under section 1(1) of the DPA relates to how the “work which he takes on is done” and that it is done “with proper materials”. The focus is very much on the doing of work [para 38]. The work also relates to the provision of a dwelling, which suggests the bringing of that dwelling into physical existence or its creation.

The Court of Appeal stated at paragraph 40:

“The emphasis is therefore on those who do work which positively contributes to the creation of the dwelling. That may include architects and engineers who prescribe how the dwelling is to be created, not just those who physically create it. It does not, however, include those whose role is the essentially negative one of seeing that no work is done which contravenes building regulations.”

An AI is not engaged in the positive role of the provision or creation of the relevant building but performs the essentially negative regulatory role of checking for compliance against prescribed criteria [para 43]. Thus, section 1(1) of the DPA does not extend to an AI and so no duty is owed.

On the second issue, relying on the speeches of the Lords in Murphy, the Court of Appeal emphasised that the DPA did not impose additional liabilities for LAIs over those previously existing at common law. Murphy is a highly persuasive authority against the imposition of the alleged duty of building inspectors.

Additionally, the statutory regimes governing the building control functions of local authorities, and the role and responsibilities of AIs, directly parallel one another. At paragraph 54, the Court of Appeal displayed the parallels between the regimes in order to demonstrate the similarities in the role. The Court found that there was no material difference between AIs and LAIs and as such, dismissed the appeal on both grounds.

This case is an indication that the role of a building inspector is limited to certain functions of ensuring that the dwelling is legal and properly certified; building inspectors do not positively contribute to the provision or creation of that dwelling.

However, it is important to note that the claim did not rely on any particular facts or a special role of the AI. The case was based on the functions being performed by the AI under the building regulations [para 28]. Thus, it was not a blanket judgment that all builders, architects, engineers and surveyors will be subject to section 1(1) of the DPA and all building inspectors will not. This point is emphasised at paragraph 37 of Herons that ‘the words “in connection with” in the DPA take their colour from the context in which they are used.’

If a special role or activity was alleged or required outside the realms of the normal functions of the construction professional, relying on particular facts, the decision may be different. For example, if an architect (A) stepped down after making a positive contribution to the design or construction of a building, and another architect (B) stepped in, who simply ensured that the building was compliant with the building regulations and/or A’s plans were followed, could B also be excluded from the parameters of section 1(1) of the DPA? This would obviously turn on the facts as to whether B can be considered to have positively contributed to the creation of the building.

Whilst the Court stipulated there is no “meaningful” distinction between an AI and LAI, there is still some distinction which may be relevant in a future claim. LAIs have the power to impose conditions and prescribe modifications on the work whereas the AIs power is limited to pointing out the fact of the non-compliance. The LAI can influence the design or construction of a building and if done so, there is scope for argument that the DPA ought to extend to the LAI.

Therefore, it is useful for those who are considering making a claim to consider the specific role of the professional in how they have positively contributed to the creation of the dwelling. In particular to building inspectors, the claim would need to be beyond the normal functions of the building inspectors’ obligations under the regulations.

It should also be noted that the Court reiterated comments from the speeches of the Lords in Murphy of judicial appreciation that there might be good reasons for a duty to be owed by LAIs. As Lord Oliver of Aylmerton pointed out at p 491-492 of Murphy: “I am not sure that I see why the burden should fall on the community at large rather than be left to be covered by private insurance…There may be sound social and political reason for imposing upon local authorities the burden of acting, in effect, as insurers that buildings erected in their areas have been properly constructed in accordance with the relevant building regulations.” Despite this, the pithy remark of Lord Keith of Kinkel at p 472 of Murphy emphasises that “the precise extent and limits of the liabilities which in the public interest should be imposed upon builders and local authorities are best left to the legislature.” It is yet to be seen whether Herons has ignited interest for Parliament or the Law Commission to consider whether to expand the obligations of LAIs and/or AIs to comply with the DPA.