Home > How helpful is witness evidence anyway? The impact (or not) of evidence from a third party in loss of chance cases

How helpful is witness evidence anyway? The impact (or not) of evidence from a third party in loss of chance cases 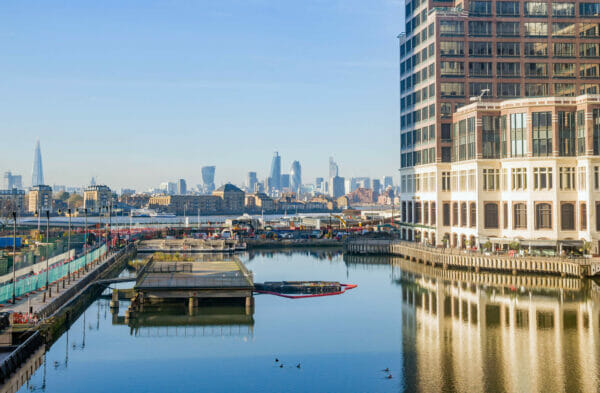 A solicitor makes a negligent error in a negotiation between a client and third party. The error leads the client to agree something different to the agreement the client had envisaged. What difference does the error make to the outcome and how should this translate into damages? Does the analysis change where the third party gives evidence and is adamant that the error made no difference to the outcome? These questions arose in Moda International Brands Ltd v Gateley LLP (1) & Gateley Plc (2). Against the background of the Commercial Court’s consultation on witness statements, this case offers an illustration of witnesses’ diminished role.

The case concerned an arrangement beginning in 2010 between two parties, the client (Moda) and third party (Mortar), to develop land. The arrangement was to share profits on a 65/35 basis (in favour of Mortar). The initial mechanism was a special purpose vehicle held by the parties in their respective shares. In 2012, to help bring in outside investment, the arrangement became a joint venture model. During the renegotiation, Mortar proposed a clause that excluded certain profits from the profit share. Moda’s solicitor unhappily (he and the man behind Moda were friends at the time) did not advise about the effect of the proposal and it was agreed.

The overall profits were estimated at around £3 million, the excluded profits were around one third of the total, and so the client was deprived of about £350,000. Moda sued the solicitor, saying that if it had been alerted to the proposal it would never have agreed it.

After a four day trial, Freedman J gave a comprehensive 76-page judgment. His forensic approach was typical in modern commercial litigation. He expressly based his factual findings on documentation so far as possible, bearing in mind the comments concerning oral evidence in Armagas Ltd v Mundogas SA at page 57, Gestmin SGPS SA v Credit Suisse (UK) Ltd at paragraph 23, UBS AG v Kommunale Wasserwerke Leipzig GmbH at paragraph 70, and extra-judicial writing of Bingham J (as he then was).

He found that the solicitor acted negligently and that the claimant had not failed in a duty to mitigate by failing to claim rectification. So far, so orthodox.

The more problematic question was the assessment of damages. This required a determination of two key factual questions:

The legal question was whether this was a loss of a chance case, and the principles set out in Allied Maples Group Ltd v Simmons & Simmons and Perry v Raleys ought to be applied.

There is an important point worth noting about the pleadings. The solicitor took a pleading point, no doubt thinking it had the better argument on causation, and contended for an all or nothing outcome. The judge rejected the argument. But he found, in any event, that the point didn’t depend on the pleadings:

“… in dealing with a counter-factual situation, the Court does not have to accept any assertion that is put forward, whether by [the client or by the solicitor]. … [T]he Court in my judgment is entitled to come to a conclusion on the basis of its assessment of the counter-factual” (paragraph 151).

The solicitor argued that it had lost the opportunity to cross-examine Moda. That didn’t matter: the witnesses had given their firmly opposed versions and further probing would not have helped the court:

“That does not preclude the Court from considering the matter counter-factually and considering whether there was a real possibility of a negotiated settlement of less than 35%, and if so, assessing the same by reference to objective circumstances including the commercial realities” (paragraph 154).

When dealing with a counter-factual scenario, the court is not bound to choose either parties’ case.

The essence of the leading loss of chance authorities is a two-stage approach. The first stage is whether the client, properly advised, would have taken a “positive step” (Perry, paragraph 22). This is an orthodox, “all or nothing” causation question; would they or wouldn’t they? The second stage is how likely it was that the third party’s response would have benefitted the client. This is where loss of chance comes in.

Loss of a chance is not necessarily a defendant-friendly principle; it opens the door to liability even where the lost chance was quite remote. The main thrust of the solicitor’s objection to the loss of chance approach was as follows. Mortar’s owner participated as a witness in the trial following a witness summons. He was adamant that he would not have relinquished his proposal to exclude the profits. The court had the opportunity to consider and weigh his evidence; its assessment was not hypothetical and so there was no need to fall back onto the loss of chance analysis. There was weak support for this approach in the authorities, the decision of HHJ Hodge QC in Stone Heritage Developments Ltd v Davis Blank Furniss (appealed on a different point to the Court of Appeal in 2007).

Freedman J rejected the argument. The authorities did not support any distinction based on the availability of third party evidence. Rather, they tended towards “pragmatism where it is impracticable to have a proof of all or nothing” (paragraph 176(2)). A possibly reluctant third party’s participation as a witness without disclosure obligations is not, in practice, equivalent to a litigant’s participation in proceedings. What if a witness was expected to give evidence but did not? The judge left the door open to the solicitor’s argument in “exceptional” cases where the third party’s participation was not significantly less than a litigant’s (paragraph 178).

The judge considered the parties’ commercial positions during the renegotiation. He found that the only “tangible project” for the parties was to continue with the development. There was already a certain level of financial commitment and no solid other options for either.

There were therefore three available options:

The judgment is bookended by caution about witnesses, both generally and particularly where the witness is speculating about hypothetical facts. “If oral evidence of what actually occurred has to be tested by reference to the objective facts, how much more so the speculation about the counter- factual” (paragraph 184). The lesson, particularly in a commercial context, is that objective realities weigh heavier than witnesses’ insistence about what would or would not have happened. Witnesses’ versions of events must be tested against (taken from the authorities outlined above):

This article was first published on the Practical Law Dispute Resolution Blog.