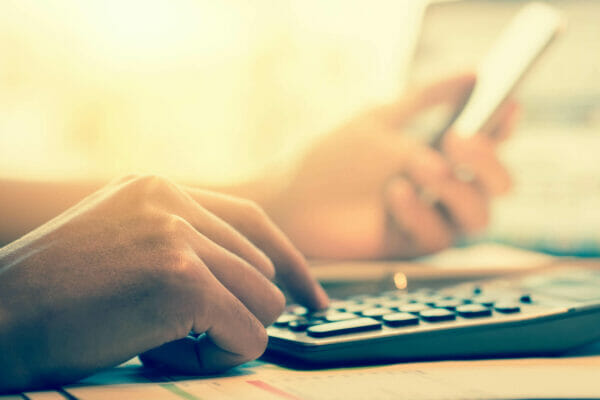 Practitioners will be aware that an award of indemnity costs can provide the following advantages to the receiving party:
the principle of proportionality is disapplied. Perhaps of greater significance in the era of costs budgeting where prima facie the budget will be disapplied by an award of indemnity costs: see Denton v TH White Ltd; Kellie v Wheatley & Lloyd Architects Ltd and the recent application of the principle by the Court of Appeal in Lejonvarn v Burgess.

In Lejonvarn v Burgess, the Court of Appeal, in a case concerning free allegedly negligent “advice” provided by an architect to her neighbours, emphasised the important principle that while a defendant who betters a compliant Part 36 offer at trial is not automatically entitled to indemnity costs, the court should set out clearly in its judgment why the defendant is to be deprived of indemnity costs in light of the efficacy of the Part 36 offer.

Coulson LJ stated that the judge “appeared to consider that an order for indemnity costs was only appropriate where it could be shown with hindsight that costs had been unnecessarily incurred”. His Lordship found: “I do not accept that this was the right approach as a matter of principle.”

Coulson LJ awarded indemnity costs, not from the point of the expiry of the Part 36 offer, but rather the point at which the claimant should have known that their position was hopeless. The claimants had floundered in their attempts to establish causation in respect of any actionable loss. The case had already been to the Court of Appeal for confirmation that a tortious duty could exist in tort without a corresponding contract.

In Suez Fortune Investments Ltd and another v Talbot Underwriting Ltd and others,Teare J considered an application for indemnity costs against a party who had pursued robustly multiple weak points in a high value case and argued every conceivable point. His Lordship’s comments on the case advanced by the losing party were scathing describing it as  “inherently weak”; it perhaps did not assist that the losing party had described the successful case as: “no more than a conspiracy theory” that was also said to “shoot for the baroque”.

On indemnity costs, his Lordship’s review of the relevant law included:

“The discretion is a wide one to be determined in the light of all the circumstances of the case. To award costs against an unsuccessful party on an indemnity scale is a departure from the norm. There must, therefore, be something – whether it be the conduct of the claimant or the circumstances of the case – which takes the case outside the norm. It is not necessary that the claimant should be guilty of dishonesty or moral blame. Unreasonableness in the conduct of the proceedings and the raising of particular allegations, or in the manner of raising them may suffice. So may the pursuit of a speculative claim involving a high risk of failure or the making of allegations of dishonesty that turn out to be misconceived, or the conduct of an extensive publicity campaign designed to drive the other party to settlement. The marking of a grossly exaggerated claim may also be a ground for indemnity costs.”

His Lordship was called on to consider whether it was necessary to find that the conduct of the paying party was at a high level of unreasonableness or inappropriateness in order to make it appropriate to order indemnity costs.

Teare J noted, “a long line of authority that where it is said that a party’s conduct was unreasonable it must be unreasonable to a high degree to justify an order for indemnity costs.” The judge noted that that requirement was first stated in Kiam v MGN Ltd (Costs) and most recently Hislop v Perde at paragraphs 35 and 36 per Coulson LJ.

In answering the question, His Lordship considered the scheme of the cost rules in the Civil Procedure Rules:

“… when asking myself whether the conduct of the paying party was at a sufficiently high level of unreasonableness or inappropriateness to make it appropriate to order indemnity costs… The purpose behind the question is whether the relevant conduct makes it just as between the parties to remove from the paying party the two-fold benefit of an order on the standard basis, as compared with an order on the indemnity basis, that is to say, to enable the receiving party to recover its costs, reasonably incurred and reasonable in amount, with the benefit of the doubt being given to the receiving party and
without the receiving party having to address… the subject of proportionality. In this regard, I need to give proper weight to the significance which the CPR attach to this question of proportionality. The policy considerations behind… and the weight to be attached to the requirement are emphasised in Lownds v Home Office [2012] 1 WLR 2450, in particular, at [8]-[10].”

Teare J significantly found that the question of a high degree of unreasonableness should be taken in the round or looking at all the circumstances of the case:

“… I accept the submission made by counsel for the Underwriters that there may be an ‘aggregation of factors’ which justify an order for costs on the indemnity basis, one of which may be unreasonable conduct though not to a high degree. What matters is whether, looking at all the circumstances of the case as a whole, the case is out of the norm in such a way as to make it just to order costs on the indemnity basis. That is the approach in Excelsior…”

Equally, in Whaleys (Bradford) Ltd v Bennett and another, it was noted that conduct might warrant the court’s mark of disapproval “whether that conduct occurs on many occasions or whether it is rare”.

Further, in Whaleys, it was noted that the word “norm” “was not intended to reflect whether what occurred was something that happened often so that in one sense it might be seen as ‘normal’ but was intended to reflect something “outside the ordinary and reasonable conduct of proceedings”.