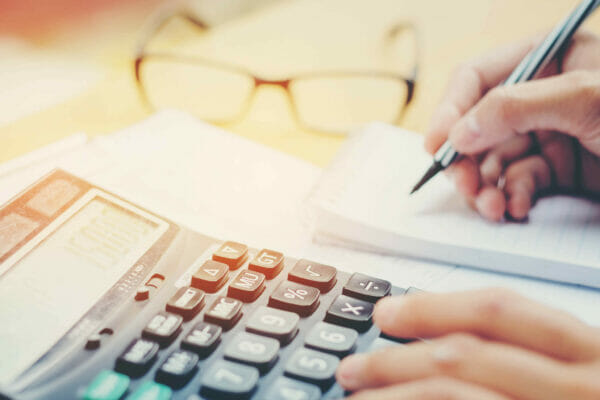 Practitioners will be aware that an award of indemnity costs can provide the following advantages to the receiving party:

Costs payable under a contract

It has long been the case that prima facie a mortgagor is generally to be indemnified by the mortgagee on default on the mortgage: see Detillin v Gale (1802). However, that was a case where the defendant displaced that presumption, relying on the claimant’s conduct. A mortgagee’s claim depending on equity presumably requires clean hands.

Although the principle in the lending context arises in equity and by reason of the enforcement on default, in the modern mortgage contract, there is usually an express indemnity. However, it is not strictly necessary to the mortgagee’s entitlement to recover from the mortgagor.

The principle is not limited to mortgages. A lease will often contain a contractual indemnity for enforcement by notice, whether service charge (long residential leases) or rent (shorter leases and commercial leases). There are a range of other contexts in which a contractual indemnity may arise, including in a contract for services, partnership, joint venture, a settlement agreement (see Russell v Cartwright) or any other commercial agreements where the parties may agree between themselves that the costs of enforcing adherence to certain terms rests with a particular party.

While the courts are often reluctant to give full effect to such clauses, there is no reason in principle why commercial parties contracting at arm’s length should not be able to allocate financial responsibility as part of their bargain.

In Euro Asian Oil, the court construed a letter offering an indemnity for “any and all damages”, including “reasonable attorneys’ fees”, as not amounting to a contractual indemnity for legal costs. It is difficult to see how an indemnity broadly struck in terms of damages should be so narrowly construed in respect of legal costs simply due to the presence of the word “reasonable”, a word typically deployed in an indemnity context. Respectfully, to the extent that Euro Asian Oil is correctly decided, it should be limited to its peculiar facts.

Often at the end of trial, costs are assessed pursuant to the statutory power of the court to award costs (see section 51 of the Senior Courts Act 1981) without express reference to the contractual provision, or not assessed at all. In the former case, there is a determination of
costs, but not in accordance with the contract and in the latter, there is no determination of costs at all.

It has been argued that in both these situations the costs provided for under a contract should be irrecoverable.

In the first case, the argument is grounded in issue or cause of action estoppel, preventing a relitigating of a decided issue or a cause of action. The court has refused to apply the strictures of issue or cause of action estoppel in this context. The statutory determination is a basis of awarding costs that does not depend on (and is entirely independent of) the contractual provision. It is trite that there is no necessity to plead a statutory entitlement to legal costs;
ordinarily, it may be necessary to plead a contractual right.

In the case of John v Price Waterhouse, Ferris J was concerned with an application by the defendant for a further or varied costs order under the statutory jurisdiction, subsequent to a costs order made at the conclusion of trial. The defendant who benefitted from a contractual indemnity had not sought, at the end of trial, indemnity costs under the terms of the contract. The court refused to re-open the costs order already made at trial, but opined without reference to abuse of process or res judicata, that the defendant could commence proceedings for the contractual costs.

Ferris J made express reference to the Court of Appeal decision in Gomba Holdings Ltd v Minories Finance, where a statutory based costs order on the standard basis did not prevent a mortgagee’s contractual or equitable right to seek indemnity costs. However, in Gomba Holding, the Court of Appeal had allowed the contractual basis to overtake the statutory order in terms of the ongoing detailed assessment process, whereas in John, Ferris J was not
convinced that a statutory based order should be varied; rather, given the complexities on the
facts, the defendants should plead a claim framed under the contract.

In the process of giving judgment in John, Ferris J stated at paragraphs 21 to 23:

“21. In Gomba Holdings the Court of Appeal regarded the order for standard basis costs as having exhausted the court’s discretion in respect of those costs under section 51… the court was faced with the need, as part of the claim for an account in the redemption proceedings which were before it, to quantify the costs which the mortgagee was so entitled to retain. It was decided to do this by ordering those costs to be taxed on the indemnity basis.

22. Here the procedural position is somewhat different. The contractual right of PW to an indemnity… is not formally in issue in the proceedings… because any cause of action was not complete until I gave judgment on 11th April and thereby disposed of the present proceedings…

23. Accordingly… I consider that a great deal of caution must be exercised in giving effect to any such right in the present proceedings. Indeed before the recent procedural reforms I think that most judges would have said it could not be done. A new cause of action must be the subject of new proceedings. In the new climate, however, I think that a more informal approach might be possible if it could be seen that to leave the matter to be dealt with in fresh proceedings would needlessly result in extra costs being incurred. Nevertheless I consider that it would be right to proceed in this way only if it were clear that there could be no defence to a contractual claim for indemnity costs, so that if a fresh action were commenced summary judgment would be given in favour of PW…”

Thus, Ferris J was clearly of the opinion that:

If there is no strict estoppel, the second argument (where there has been no order as to costs at all) must be more difficult: it must be grounded in the principle enunciated in Johnson v Gore Wood & Co (No.1) that the party with the benefit of the indemnity could and should have brought all of the claims at one time. The difficulty with this argument is immediately obvious (as noted by Ferris J in John): how can a party claim under a contractual indemnity for costs that are in the process of being expended at the time of pleading and continue to accrue? One answer to this might be to argue that there is a distinction between pleading an entitlement to damages and quantifying those damages (an issue routinely dealt with by the court). However, in the context of a lease even this approach is problematic, as there are statutory and usually contractual pre-conditions (service of a notice and demanding payment respectively) to claiming under the indemnity, such as serving a notice or demanding the sum accrued.

The deeper answer lies with Ferris J in John that the CPR is sufficiently flexible that pleading and compliance with contractual and statutory formalities is not necessary in a clear case; a case where the court would be prepared to enter summary judgment.

Further, CPR 44.6 expressly entitles the court in the exercise of the statutory discretion to have regard to the costs payable under a contract.

In Chaplair Ltd v Kumari, the Court of Appeal (Arden LJ) dismissed an appeal against a costs order made under the statutory jurisdiction on the indemnity basis, having regard to the Lease (that is payable under a contract) despite the claim being on the small claims track and the landlord seeking costs of leasehold valuation tribunal (LVT) proceedings.

Arden LJ dispensed with the argument that the order was res judicata due to a refusal of costs in the LVT; there could be no res judicata where the LVT refused an order for want of jurisdiction. For an interesting case on the LVT jurisdiction: see Avon Ground Rents Ltd v Child.

Further, Arden LJ was not convinced that the public policy of a cost-free small claim jurisdiction was sufficient to trump a contractual right to indemnity costs; the parties were best placed to decide the parameters of their bargain.

The decision has been criticised for failing to acknowledge the failure of the landlord to comply with the contractual and statutory formalities relating to sums deemed as service charge; however, as already noted, it is consistent with the CPR and the overriding objective to dispense with such formalities in a clear case.

It was noted in Kumair, that the court retained an equitable jurisdiction to disallow costs incurred under a contract in an unreasonable manner. This is simply consistent with the nature of indemnity costs; there is a presumption of reasonableness, but this can be displaced by the paying party.

Similarly, in an appropriate case, it might be possible to argue that conduct issues could disentitle a party who benefits from a contractual indemnity to rely on that indemnity.