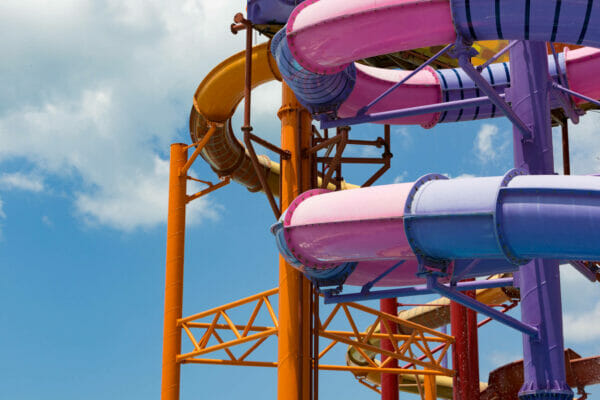 This was an application by the defendant for summary judgment in relation to the claimant’s application to enforce the decision of an adjudicator dated 24 July 2017. The application for summary judgment related to enforcement, not to the merits of the adjudicator’s decision. The Meadowside exceptions were not discussed at this stage. If ‘subject to contract’ is agreed, the parties have set their own rules of engagement; there is no binding contract until the terms are reduced to writing and signed off.

The defendant, a site developer of a waterpark in Scarborough, instructed the claimant pursuant to a standard form JCT Design and Build contract entered into on 13 July 2015 (“2015 contract”). The project reached practical completion on 18 August 2016 and on 7 September 2016 the claimant made a final interim application. No notice to pay less was served but only a small about of the sum was paid. On 19 June 2017 the claimant’s solicitor served notice of adjudication and on 23 June 2017 an adjudicator was appointed. He issued his decision on 24 July 2017 requiring the defendant to pay the claimant sums totalling £200,537.35 within 7 days.

The sums awarded by the Adjudicator did not represent the full amount due to the claimant; there was a retention payment of around £47,811.38 plus VAT to deal with following completion of warranty works. The parties met to discuss settlement of the entirety of their dealings. Subsequently, after discussions between the parties, the claimant emailed the defendant recording a “payment resolution” in the total sum of £217,998 plus VAT but over the longer period for payment suggested by the defendant. The “fixed and final” sum of instalments was to be underwritten by Abbey Commercial Investments Limited (“Abbey”) “to wording written by [the claimant’s] advisers”.

The “payment resolution” was expressed to be “without prejudice and subject to contract”. The email ended with the words “please confirm your agreement to this settlement by return”. On 1 September 2017, the defendant confirmed the defendant’s agreement with the single word: “agreed”. The claimant replied ending his email with the words “meantime we will contact our lawyer to draft the settlement and guarantee wording…which [we] will forward to you as the binding agreement once signed by all the parties”.

There were two issues in this application:

In relation to the first issue, the defendant relied on Royal Brompton v Hamond (no.5) [2001] EWCA Civ 550 which held that the court should have regard to the likelihood of relevant evidence becoming available before trial. However, the judge noted that in Royal Brompton the judge was made aware (at least in general terms) that there would be further potentially helpful expert evidence adduced. At paragraphs 19 and 20 of the Court of Appeal’s judgment it states: “the judge knew that the totality of the evidence that the parties would wish to bring before the court was unlikely to be contained in the witness statements.” In the present case no specific or general evidence was offered that might in due course assist the court to determine if the “subject to contract” rubric had been waived. Thus, the application seeking enforcement would not be refused on the possibility of further evidence.

In relation to the second issue, authority for the proposition that the agreement would not be binding until such time as it was reduced into writing can be found in Generator Developments v Lidl [2018] EWCA Civ 396. An agreement made subject to contract was elucidated as: “that (a) neither party intends to be bound either in law or in equity unless and until a formal contract is made; and (b) that each party reserves the right to withdraw until such time as a binding contract is made. In short, a “subject to contract” agreement is no agreement at all.”

With this is mind, the judge in the present case held that there was nothing that leads to the conclusion that a new contract was made. The agreement expressed to be “subject to contract” and “without prejudice” was intended to represent a compromise of issues that had arisen in the execution of the 2015 contract. In the absence of a compromise, sums were still due under the 2015 contract and under the terms of the binding adjudication award.

The fact that works were carried out is in my judgment equally incapable of supporting the argument that a new contract was arrived at. It is simply evidence that the parties were working together to try to settle debts that had arisen under the primary obligations, get work done and move forward.

The parties set their own rules of engagement. They agreed that there would be no binding contract until the terms were reduced to writing and signed off. They clearly envisaged that an agreement would be reached but that it would not be enforceable until the formalities had been observed. It was obvious that the agreement would be acted upon before it became binding. Payments would be made and work would be done. Once “banked” those sums would on any view need to be accounted for regardless of whether there was a binding contract. Everything that happened during the course of the parties’ dealings with one another happened at a time when the ground rules applied. (para 25) Therefore, there was no agreement which bars the claimant the right to seek to enforce the adjudicator’s decision.

The parties reached an agreement (in the sense that there was meeting of minds), but the exchange of emails was expressly written on a “without prejudice and subject to contract” basis. The Judge stated that this case is a paradigm example of why the court “will not lightly hold” that a condition that negotiations and agreements are “subject to contract” has been superseded. There was no intention to be legally binding. Had the parties not premised the agreement with these words it is likely that the agreement would have constituted a new contract. Thus, it is paramount that parties are aware of the ‘rules of engagement’ to ascertain whether it is clear, without caveats or conditions, that the relevant agreement is binding and to have legal effect.

Despite the claimant acting upon the agreement by giving the defendant credit for payments made under the agreement, such conduct did not equate to a new contract. The implications of this may be of interest to construction professionals who have adapted to Covid-19 regulations and now need to consider whether such conduct, which are not stipulated in the original contract, has created a new contract after the regulations disappear; or whether the changes are subject to the regulations being in place. If disputes occur, the burden certainly appears higher if attempting to supersede the original contract and adjudication on the basis that the relevant conduct created a different contract.

The judge stated that it was difficult to have “regard to the likelihood” of evidence being available without knowing the first thing about what the evidence might say or from whom it might come. Considering that no mention was made in the witness statements of the possibility of further enlightenment, the judge indicated that the difficult task of whether to refuse summary judgment on the grounds of further evidence “becomes both impossible and undesirable.” Citing Korea v Allianz [2007] EWCA Civ 1066 at paragraph 14, if the respondent wishes to rely on the likelihood that further evidence will be available at trial “it must substantiate that assertion by describing, at least in general terms, the nature of the evidence, its source and its relevance to the issues before the court. The court may then be able to see that there is some substance in the point and that the party in question is not simply playing for time in the hope that something will turn up”. The last point is to ensure the court is complying with the overriding objective that cases are dealt with in a timely manner. Therefore, if there is evidence available or soon-to-be available, at the very least make sure you demonstrate what the evidence is and likely to say, even if in general terms. It will not be advantageous to keep the likelihood of further evidence hidden from the court in order to have the dramatic courtroom entrance, no matter how exciting that may be.