Home > It’s All About Jurisdiction: Anti-Suit Injunctions, Anti-Arbitration Injunctions, and Stays on Proceedings 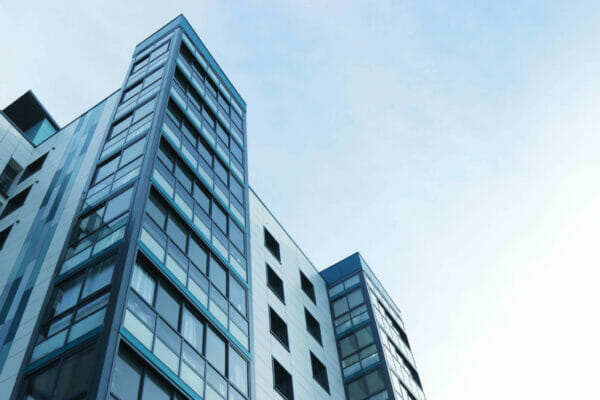 The late Hassib Sabagh (Hassib) was a Lebanese businessman.  In 1950, together with the late Said Toufic Khoury, Hassib co-founded what has become the Consolidated Contractors Company group (the CCC group), the largest engineering and construction business in the Middle East. Its ultimate holding company is Consolidated Contractors Group SAL (CCG), which remains owned by the Sabagh and Khoury families.  CCG and its subsidiaries are incorporated in Lebanon.

Hassib had three children who were his heirs under Lebanese law; each entitled to one-third of his estate.

On 9 July 2013, Hassib’s daughter (‘Sana’), brought proceedings in the High Court against her two brothers (‘Samir’ and ‘Suheil’) and various others, alleging that the principal defendants conspired:

The defendants challenged the jurisdiction of the English courts.   In the alternative, they applied for a stay of the English proceedings either under s 9 of the Arbitration Act 1996 or under the court’s inherent jurisdiction or case management powers, contending that Sana’s claims fell within a Lebanon-seated arbitration agreement contained in Article 45 of CCG’s articles of association (‘Article 45’).

After the issue of the English proceedings, in March 2014, the principal defendants initiated an arbitration in Lebanon pursuant to Article 45, seeking determinations as to:

Sana was named as Respondent to the arbitration but declined to participate.  She disputed the jurisdiction of the arbitrators on the grounds that the claims advanced did not fall within Article 45 and that, not being a shareholder of CCG, she was not bound by the arbitration agreement constituted by Article 45.

In 2017, the Court of Appeal held that neither of Sana’s claims fell within Article 45 and accordingly refused a stay of the English proceedings.

In respect of the Share Deprivation Claim, the Court distinguished between (i) claiming an entitlement to be recognised as a shareholder (which might have fallen within Article 45); and (ii) claiming damages on the basis that the defendants had deprived Sana of this entitlement (which did not).  The relationship was considered tripartite:

whilst Hassib would have been bound to arbitrate an assertion that he was entitled to be recognised as shareholder, as against the defendants, this cannot bind Sana to arbitrate her claim even if her claim depends in part on the question of Hassib’s ownership, since she does not claim on Hassib’s behalf.”

Sana then applied to the Commercial Court for an anti-arbitration injunction restraining the appellants from (i) taking any steps to prosecute the Lebanese arbitration; (ii) seeking recognition or enforcement of any award made in it; and (iii) requiring them to take steps to stay the arbitration.

Robin Knowles J (‘the Judge’) reviewed the effect of the 2017 judgment, and found it “plain” that the basis of the court’s refusal of a stay was that “in respect of the two claims Sana is not bound by Article 45 because the claims are not based on the Articles and she is not suing on behalf of Hassib as a shareholder.”

The Judge therefore granted the injunction on the basis that: “the claims pursued in, or the issues truly in dispute in, the Lebanese Arbitration…are within the two claims” brought in the English proceedings.

Permission was granted for two grounds of appeal.

David Richards LJ (with whom the other members of the Court agreed) began by reviewing the claims made in the Lebanese arbitration.  He found that, although Sana no longer sought proprietary remedies in respect of the shares before the English courts, this was not her original position.  Nor had Sana renounced all possibility of advancing a proprietary claim to the shares in a different jurisdiction.

Hence: (i) a finding in the English courts that Sana’s claim to deprivation of a right to be a shareholder fell outside Article 45; did not (ii) implicitly or explicitly make any finding as to whether claims regarding entitlement (or not) to such shares fall within Article 45.  David Richards LJ, therefore, concluded that, even if the Share Deprivation Claim (before the English courts) and the Assets Claim (in the arbitration) were not within Article 45, the Shares Claim (in the arbitration) was.  It was on this basis that David Richards LJ proceeded to consider the appeals.

The First Ground of Appeal: No Power to Grant an Anti-Suit Injunction

Two submissions were advanced under this ground:

In respect of the first submission, David Richards LJ first considered the authorities on the power of the court to grant an injunction conferred by s 37 of the Senior Courts Act 1981. These clearly held that, while the power is not unlimited, it can be exercised not only in protection of a legal or equitable right, but also to prohibit conduct that would be vexatious and oppressive.  In appropriate cases, this could include restraining the pursuit of foreign court proceedings.

David Richards LJ then considered that a similar power to restrain foreign arbitrations must exist, unless s 37 of the Senior Courts Act 1981 has been implicitly modified by statute to exclude an anti-arbitration injunction.  The only candidate for such modifying statute was the Arbitration Act 1996, and David Richards LJ did not in that statute, read in conjunction with the New York Convention on the Recognition and Enforcement of Foreign Arbitral Awards, find any prohibition on the power of the court to grant an anti-arbitration injunction which otherwise exists under the Senior Courts Act 1981.

David Richards LJ, however, accepted the second submission that an anti-arbitration injunction will not be granted in respect of a claim which, if brought in English proceedings, would require the English courts to grant a stay pursuant to s 9 of the Arbitration Act 1996.  Given that the share claim in the Lebanese arbitration was found to fall within the arbitration agreement, an anti-arbitration injunction in respect of that claim would be “wholly contrary to the fundamental principle underpinning the New York Convention and the 1996 Act of respecting and giving effect to arbitration agreements.”

The Second Ground of Appeal: the “Natural Forum”

Although there was ‘no room for doubt’ that this is the general rule for anti-suit injunctions, David Richards LJ considered this did not mean that the principle was equally applicable to anti-arbitration injunctions.

Approaching the issue as a matter of principle, David Richards LJ first identified the rationale and policy underpinning the general rule for anti-suit injunctions.  Although the subject of anti-suit injunctions is not the foreign court itself, but is properly the defendant amenable to the jurisdiction of the English court, such indirect interference with the jurisdiction of a foreign court is nevertheless prima facie contrary to the principle of comity in international law.  As a result, the test of ‘natural forum’ is one of the key means through which indirect interference with a foreign court’s jurisdiction is kept within strict bounds.

There was no requirement, therefore, that an applicant for an anti-arbitration injunction need show that England is the natural forum for the dispute.

This case will be of significant interest to practitioners of arbitration, arbitration-based litigation, and all who grapple with issues of jurisdiction.  The interrelation between both types of injunctions and stays on proceedings, considered both from the perspective of legal principle and practical effect, is strikingly demonstrated as complementary, yet not quite overlapping.  It is, therefore, imperative to understand the operation of and principles underlying each.