Home > Outfoxing the Operation of EU Law: Use and Abuse of an Anchor Defendant under the Lugano Convention

Outfoxing the Operation of EU Law: Use and Abuse of an Anchor Defendant under the Lugano Convention 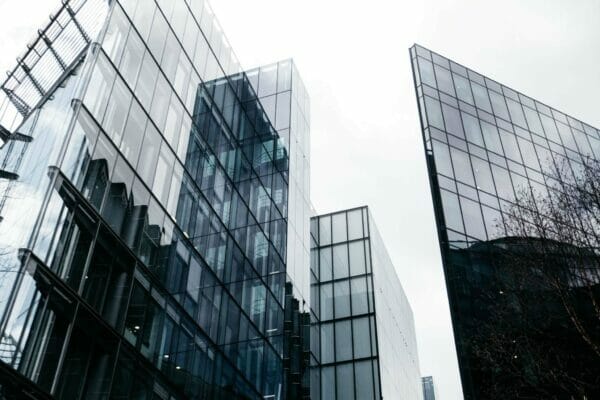 This case considered, inter alia, the application of the Lugano Convention; both as between Convention States, and vis-à-vis Third States via the so-called principle of ‘reflexive’ application. The judgment of the Court of Appeal gives important guidance on difficult and controversial principles of EU private international law, and is of particular interest on the cusp of the UK’s anticipated withdrawal from the EU.

Part One of this article considers the issue arising under Ground 1 of the appeal: whether Article 6(1) the Lugano Convention (parallel to Article 8(1) of the Brussels Recast Regulation) is subject to a sole object test.  The issue was recently considered by the Supreme Court, albeit obiter, in Lungowe v Vedanta Resources plc [2019] UKSC 20

In 2016, the Bank was nationalised, following a declaration of insolvency by the National Bank of Ukraine.  Subsequent allegations were made by the Bank that, between 2013 and 2014, Messrs Kolomoisky and Bogolyubov had orchestrated the fraudulent misappropriation of over US$1.9 billion from the Bank’s money using the English and BVI Companies as conduits.  These allegations were published in a Ukrainian magazine.

Mr Kolomoisky and the English Companies brought defamation proceedings in Ukraine, to which Mr Bogolyubov was joined.  Following a complex procedural history, in August and September 2019, the Ukrainian Supreme Court gave judgments allowing the defamation claims to proceed.  Those proceedings remain pending.

Meanwhile in England, on 19 December 2017, Nugee J granted the Bank a worldwide freezing order (‘the WFO’) up to US$2.6 billion on a without notice application based upon the same allegations of fraud.  The claim form was issued on 21 December 2017 and served on the English and BVI Respondents.  The WFO was continued without prejudice to the rights of the Respondents to challenge the jurisdiction of the English court, and to apply to vary or discharge the WFO.

Such applications were made, and by a judgment dated 4 December 2018, Fancourt J (‘the Judge’) ruled that:

Article 6, its Case Law, and its Legislative History

Article 2(1) of the Convention states the general rule on jurisdiction:

Subject to the provisions of this Convention, persons domiciled in a State bound by this Convention shall, whatever their nationality, be sued in the courts of that State.

Exceptions to the general rule are provided for in various sections of the Convention.  Article 6(1) of the original 1988 Convention provided that a person domiciled in a Convention State may also be sued “where he is one of a number of defendants, in the courts for the place where any one of them is domiciled.”

The 2007 iteration of the Convention, however, introduced a qualification to Article 6(1).  Article 6 in full now reads as follows (with the amendment emphasised):

“A person domiciled in a State bound by this Convention may also be sued:

The amendment codified a line of authority in the CJEU, first established in Kalfelis v Bankhaus Schröder (case 189/87) [1988] ECR 5565, [1989] ECC 407, that Article 6(1) was subject to an implied condition that the claims against each defendant are thus connected.  However, in addition to the risk of irreconcilable judgments, which was expressly provided for in the amendment, academic commentary, legislative history, and case law cited in Opinion of the Advocate General in Kalfelis identified further that Article 6(1) could potentially be used for the sole object of removing a foreign co-defendant from the jurisdiction of his domicile by joining him to proceedings against the anchor defendant.  A further line of CJEU authority thus held that Article 6(1) must not be interpreted as allowing such abusive use of the rules on special jurisdiction, which continued to be cited by the CJEU after the 2007 amendment.

Divergent views therefore emerged as to whether the qualified Article 6(1) was subject to an implicit ‘sole object’ test.

On the one hand, it seemed clear in Freeport plc v Arnoldsson (Case C-98/06) [2008] QB 634 that the CJEU considered it sufficient that there was a connection between the claims, and if such connection were established, there was “no further need to establish separately that the claims were not brought with the sole object of ousting the jurisdiction” of the courts of the foreign defendant.

On the other hand, in Cartel Damage Claims (CDC) Hydrogen Peroxide SA v Akzo Nobel NV (Case C-352/13) [2015] QB 906, the CJEU answered the question referred in terms that, even if proceedings against the anchor defendant had been withdrawn, Article 6(1) would still apply against the foreign defendants “unless it is found that, at the time the proceedings were instituted, the applicant and [the anchor] defendant had colluded to artificially fulfil, or prolong the fulfilment of, that provision’s applicability.”

In a combined judgment of the Court, David Richards, Flaux, and Newey LJJ found that the Bank in the present appeal had good arguable claims for at least US$515 million and in fraud against the English Companies.  The English Companies also would have valuable disclosure to give in the proceedings.  The question, therefore, of whether the claims against the English Companies had been brought for the sole purpose of joining Messrs Kolomoisky and Bogolyubov under Article 6(1) was, on the facts, unanimously answered in the negative.  However, the Court of Appeal was divided on the important point of principle as to whether Article 6(1) is subject to an implied sole object test.

The Majority in the Court of Appeal

David Richards and Flaux LJJ gave seven reasons for the decision that Article 6(1) was not qualified by an implied ‘sole object’ test:

The Minority in the Court of Appeal

The main point of dissent was the effect of the qualification in Cartel Damage.  Unlike the majority, Newey LJ considered that the CJEU was not effectively introducing “a new and narrower requirement” in the terms of a claimant ‘artificially fulfilling, or prolonging the fulfilment of the conditions of Article 6(1); a requirement which would be captured by the general EU law test for abuse of law.  Rather, the CJEU was:

The qualification in Cartel Damage, thus, referred to the need for “firm evidence”; it did not reject a general sole object test to the effect that, where an abusive sole object was apparent, this would not matter so long as there was a close connection between the claims.

Newey LJ further reconciled his opinion with the analysis in Lungowe on the basis that in that decision, Lord Briggs had expressly “[left] aside those cases where the claimant has no genuine intention to seek a remedy against the anchor defendant” before observing that his “(tentative) remarks were in any event obiter.”

Within his dissent, Newey LJ commented that, in 2015, Professor Adrian Briggs had referred to the law in this area as a “sorry mess” and that, “that still seems a fair description, notwithstanding the CJEU’s subsequent decision in Cartel Damage.”

On a broader level, the present appeal is also not without difficulty, in that the majority and minority were in agreement that Article 6(1) is subject to implied exemptions not expressly contained in the Convention but disagreed as to their extent.  The question is further complicated by the difficulty in imagining circumstances in which a claimant will ‘artificially fulfil’ the requirements of Article 6(1) in an abuse of EU law for some other reason than for the object of joining the foreign defendant to the proceedings.  Pending any further clarification by way of an appeal or reference, it is respectfully suggested that the law perhaps remains a “sorry mess.”

Nevertheless, on a practical level, the majority opinion gives helpful guidance by way of concrete examples taken from the case law on what may constitute abusive use of Article 6(1): (i) collusive arrangements between the claimant and the anchor defendant to conceal a settlement of the claim until the proceedings have been issued and served on the foreign defendants; (ii) naming a fictitious person as the anchor defendant; and (iii) commencing proceedings against an anchor defendant knowing that it was an inadmissible claim.

Practitioners will undoubtedly appreciate that the objective nature of these examples render them significantly easier for a foreign defendant to establish than the intentions of a claimant in issuing proceedings against an anchor defendant.