Home > Leaving the claim form “hanging by a thread”: struck out pleadings and out of time amendments

Leaving the claim form “hanging by a thread”: struck out pleadings and out of time amendments 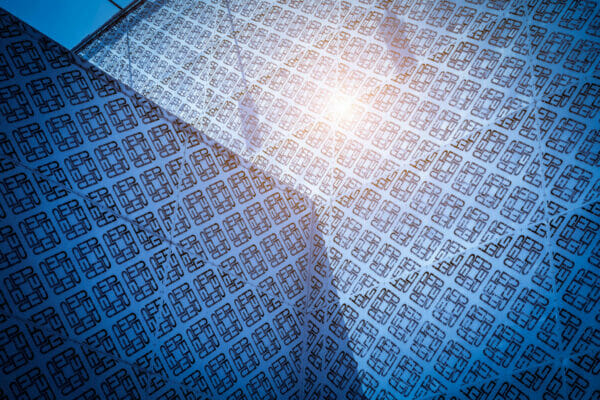 Under CPR 17.4(2), the court may allow an amendment to add or substitute an otherwise time-barred new claim but only if the new claim arises out of the same or substantially the same facts as an existing claim in proceedings.

In Libyan Investment Authority and others v King and others, the Court of Appeal held that facts in a statement of case which has been struck out are not facts which “are already in issue” for the purposes of allowing an amendment to add an otherwise out of time claim under CPR 17.4(2) and section 35 of the Limitation Act 1980.

The dispute arose out of a joint venture between the parties for a proposed development of a hotel and retail complex in Hertfordshire. The particulars of claim, having gone through several iterations, were eventually struck out by order of HHJ Simon Barker QC in October 2018 (the October 2018 order) as disclosing no reasonable prospect of success. However, it was clear from his ruling that the judge’s intention was to allow the claimants the opportunity to reformulate their claims against the relevant defendants, so he left the claim form standing, “hanging by a thread” (paragraph 27).

The defendants appealed on the ground that the new claim did not arise out of facts that were already “in issue”, because the particulars of claim had been struck out. This raised a novel issue for the Court of Appeal. The claimants resisted the appeal, arguing that the judge was entitled to compare the facts in the struck-out particulars of claim. However, if they were wrong about that, they argued by way of a cross-appeal that the court should vary or “correct” the October 2018 order under CPR 3.1(7) or CPR 40.12 by making the strike out conditional on a failure to apply to amend the particulars of claim and make an interim payment into court, so as to give effect to HHJ Barker’s intentions.

The Court of Appeal (Nugee, Arnold and Floyd LJJ) unanimously agreed that the new claims did not arise out of the same facts that were already “in issue”, but the majority (with Nugee LJ dissenting) allowed the cross-appeal to vary or correct the October 2018 order.

The starting point was that CPR 17.4 should be read conjunctively with section 35 of the Limitation Act 1980.

The wording of the two provisions is not identical (a fact identified by HHJ Barker QC, though he was only directed to apply the test from CPR 17.4).

The relevant part of CPR 17.4 provides:

“17.4(2) The court may allow an amendment whose effect will be to add or substitute a new claim, but only if the new claim arises out of the same facts or substantially the same facts as a claim in respect of which the party applying for permission has already claimed a remedy in the proceedings.”

The relevant provision of section 35 of the Limitation Act 1980 provides:

The Court of Appeal found that since the power under CPR 17.4(2) was conferred by section 35 of the Limitation Act 1980, it could only be exercised in the circumstances specified in section 35(5)(a). That requires, in the case of a new cause of action, that the new cause of action arises out of the same, or substantially the same, facts as are already in issue on a claim previously made in the action. CPR 17.4(2) must therefore be read as subject to this implied restriction (otherwise it would be ultra vires). This approach was reflected in previous Court of Appeal authority (see Goode v Martin, where the Court of Appeal held that the words “are already in issue on” should be read into CPR 17.4(2)).

HHJ Barker’s intention had been to allow the claimants to replead their case, but his intention was not given effect by the terms of the October 2018 order. The sequencing of the relevant terms in the order, which first struck out the particulars of claim but then allowed permission to apply to amend them, did not give effect to that intention.

For the (unforeseen) purposes of limitation, the drafting of the order had deprived the claimants of the opportunity to make otherwise time-barred amendments under CPR 17.4. If the sequence of the order’s relevant terms had only been reversed with permission to apply to amend and failing that strike out, the issue would have been avoided! By a majority (Arnold and Floyd LJJ; Nugee LJ dissenting), the Court of Appeal found that the order should be varied or corrected under CPR 3.4(7) or CPR 40.12 to allow for this intention to be given effect.

This decision is a salutary warning for parties asking the court to exercise its discretion to allow amendments introducing new and otherwise time-barred causes of action.

In circumstances where (i) a party has abandoned part of its case by amending its pleadings or (ii) the court has struck out or granted summary judgment in respect of that part, the facts formerly relied on in support of it are no longer “in issue” for the purposes of the comparison exercise (requiring new claims to arise out of the same or substantially the same facts) under CPR 17.4(2) and section 35 of the Limitation Act 1980.

Where particulars of claim have been struck out, but the claim form remains, any facts pleaded in the claim form will be sufficient for the comparison exercise. If practitioners are going to detail facts in the claim form, they are therefore well-advised to plead them thoroughly if limitation is likely to be in issue.

Finally, the case highlights the importance of properly drafting orders. Although the judge’s intention was to allow the claimants to replead their case, the terms of the order did not give effect to that intention.