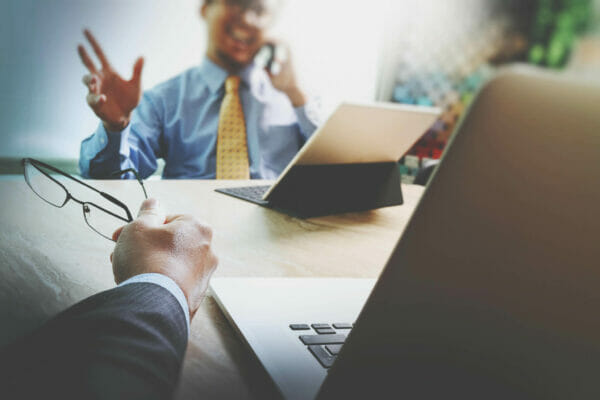 On 10 April 2018, President Donald Trump tweeted “Attorney-client privilege is dead!” This was not the President’s deep analysis of the state of legal professional privilege (LLP) but a reaction to the raid on the offices of one of his former lawyers and the seizing of a quantity of documentation.

Whilst LLP is not dead in England and Wales, the extent of the same appears to be narrowing and to be narrower than in a number of other jurisdictions, including the USA. This blog considers a few recent cases where privilege has been considered by the courts and offers some practical suggestions when seeking to protect, assert or challenge a claim to privilege.

When considering LLP, it is always important to note the difference between legal advice privilege (LAP) and litigation privilege.

In Three Rivers (No 6), Lord Carswell said that litigation privilege could be claimed:

“… where communications between parties or their solicitors and third parties for the purpose of obtaining information or advice in connection with existing or contemplated litigation are privileged, but only when the following conditions are satisfied:

(a) litigation must be in progress or in contemplation;

(b) the communications must have been made for the sole or dominant purpose of conducting that litigation;

(c) the litigation must be adversarial, not investigative or inquisitorial.”

In the more recent and somewhat controversial decision in Serious Fraud Office v Eurasian Natural Resources Corporation (ENRC), which is to be heard on appeal by the Court of Appeal in July 2018, Andrews J summarised LAP as follows:

“Legal advice privilege attaches to all communications passing between the client and its lawyers, acting in their professional capacity, in connection with the provision of legal advice, which “relates to the rights, liabilities, obligations or remedies of the client either under private law or under public law”: … There is no need for litigation to be contemplated.”

Challenges to claims to privilege

In most of the cases, the party opposing disclosure will be claiming both LAP and litigation privilege. The challenges to LAP in recent cases have frequently been to whether the document includes the provision of legal advice and also problems in identifying who is included within the definition of the client when the client is a corporation.

In ENRC, the company carried out its own investigation, over a two year period, into possible public sector bribery and corruption. During that period, the company was in communication with the Serious Fraud Office (SFO). The SFO subsequently commenced a criminal investigation and sought disclosure of a number of documents generated during the company’s own investigation. The company sought to rely on LAP and litigation privilege. The judge found that an investigation by the SFO was not to be treated as adversarial litigation, but was a mere preliminary step before any decision to prosecute was taken. A distinction was drawn between the contemplation of a criminal investigation and a criminal prosecution. On the facts (and this may be the problem on appeal), the prospect of criminal proceedings was only speculative.

In Bilta (UK) Ltd (in liquidation) v Royal Bank of Scotland, Sir Geoffrey Vos took a slightly more generous approach to the claim for privilege. Documents created by a bank and its external litigation solicitors following HMRC’s decision to make an assessment in respect of over-claimed input VAT relating to an alleged missing trader fraud had been produced for the sole or dominant purpose of expected litigation; they were therefore covered by litigation privilege. He described HMRC’s assessment decision letter as amounting to a watershed moment similar in nature to receiving a letter before action.

LAP may extend to documents from which the substance of the legal advice given to the client could be inferred; see, for example, Re Edwardian Group Ltd, where disclosure was sought of documents relating to the obtaining of third party funding and where unredacted copies of the documents sought would have indicated the advice given as to the prospects of success.

“A man [or woman] of business”

The most recent consideration of LPP by the Court of Appeal came in Kerman v Akhnedova. The underlying case concerned an ancillary relief claim by the wife and an award to her of £453,576,152. During the course of the ancillary relief proceedings, the longstanding solicitor to the husband was summonsed to give evidence as to arrangements that had been made for the insurance of a very valuable art collection belonging to the husband. The trial judge and the Court of Appeal rejected the assertion that the solicitor could not provide such information by reason of LPP: “where the solicitor is acting not as the client’s legal adviser but as the client’s “man of business”, there will be no legal professional privilege.” There was also the point that communications between the solicitor and a third party could not be covered by LAP as the third party is obviously not the client.

There are a number of steps that can be taken to improve the prospects of successfully claiming LPP: