Home > Limitation Periods After Midnight Deadlines: The Saga Continues in the Supreme Court

Limitation Periods After Midnight Deadlines: The Saga Continues in the Supreme Court 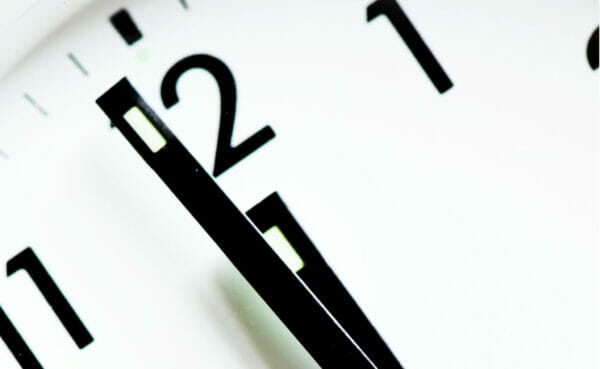 Following our comment on this case in the Court of Appeal, this article looks at how the Supreme Court has established a new category of ‘midnight deadline cases’ which form an exception to the general rule that the day that a cause of action accrues is to be excluded from the calculation of any limitation period.

The Appellants were the present trustees and beneficiaries under a testamentary trust, the main asset of which were shares in a company, Cattles plc.  The Respondents were the former trustees of the trust, who, upon retirement, were replaced by the 1st and 2nd Appellants on 1 August 2014.

On Monday 5th June 2017 the claimants issued a claim for equitable compensation, damages for breach of trust, an order for the reconstitution of the trust estate, and an account in respect of a court sanctioned scheme of arrangement registered at Companies House on 2 March 2011.  By the terms of the arrangement, claims by shareholders and creditors could be made until midnight on Thursday, 2 June 2011 (‘the Bar Date’).

It was common ground that the Appellants’ cause of action accrued immediately after the expiry of the midnight deadline for the Bar Date, i.e., at the very beginning of 3 June 2011.   The primary issue in the present appeal was whether 3 June 2011 should be excluded when calculating limitation, in accordance with the long-established principle that the day on which an action accrues is excluded for limitation.  If 3 June 2011 was included, limitation expired on Friday 2 June 2017, and the claim would be time-barred.  If 3 June 2011 were excluded, then the six-year period expired on Saturday, 3 June 2017 with the final day for issue agreed to be Monday 5 June 2017. Hence, the claim would be in time.

At first instance, HHJ Hodge QC (as a Judge of the High Court) relied on Gelmini v Moriggia [1913] 2 KB 549 to hold that Friday 3 June 2011 should be included for the purpose of calculating the limitation period.

That decision was upheld by the Court of Appeal (Underhill and Irwin LJJ), both members of which held that there was a discrete category of ‘midnight deadline cases’ which were distinct from cases in which the cause of action accrues part-way through a day.  3 June 2011 should, therefore, be included in the calculation of the limitation period.

Lord Stephens (with whom Lord Hodge, Lady Arden, Lord Sales, and Lord Burrows agreed) upheld the decision of the decision of the Court of Appeal and agreed with both lower courts that 3 June 2011 should be included for the purpose of calculating the limitation period.

Lord Stephens did not consider any of the authorities relied upon by the Appellants established a general rule applicable to a midnight deadline case such as the present.  The only case to do so was Gelmini, which the Appellants submitted was wrongly decided.

That case concerned an action upon a promissory note for which the time for payment expired on midnight 22 September 1906.  The issue therefore was whether 23 September 1906 should or should not be included when calculating the limitation period.  Channell J was referred to the authorities, and concluded that 23 September 1906 must be included in calcuating the six years within which the action could be brought purusant s 4 of the Limiation Act 1623.

Although Lord Stephens recognised that Channell J did not expressly define the case before him as a ‘midnight deadline case’ and that there were aspects of Channell J’s reasoning that remained unclear, Lord Stephens considered that a ‘fair reading’ of the judgment was that Channell J was defining an exception to the general rule that the day of accrual of a cause of action should be excluded from the calculation of limitation.  Gelmini therefore was not wrongly decided; not inconsistent with Radcliffe v Bartholomew [1892] 1 QB 161; ought to have been distinguished in Marren v Dawson Bentley & Co Ltd [1961] 2 QB 135; and was not expressly disapproved in Pritam Kaur v S Russell & Sons Ltd [1973] QB 336 (CA).

Lord Stephens considered that the justification for that general rule is ‘straightforward’: it is intended to prevent part of a day being counted as a whole day for the purposes of limitation, thereby prejudicing the claimant and interfering with the time periods stipulated in the Limitation Act 1980.  Lord Stephens continued that, even if in the case of a midnight deadline the cause of action is considered as accruing at the very start of the day after the midnight deadline has expired (i.e., 3 June 2011 in the present case), that day remains a complete, undivided day in which the claimant may bring the claim.  No prejudice is therefore suffered by a claimant, as would be the case if the cause of action accured part-way through the day.

It can now be conclusively be stated as a proposition of law that, where a claimant must wait for the expiry of a midnight deadline, whether the cause of action is taken to accrue at the very end of that day, at midnight, or at the very start of the next day, that very next day is to be included when calculating the relevant limitation period.  This is because that next day remains complete, and would not prejudice a claimant issuing claim by treating a part day as a whole day for the purpose of limitation.

It can also now be authoritatively stated that Gelmini, as approved by the present case, stands for the proposition that there is a discrete category of ‘midnight deadline cases’ which form an exception to the general rule that the day a cause of action accrues is to be excluded from the calculation of limitation periods.  The ultimate justification rests in the pragmatism that characterises the common law.  In the words of Lord Stephens, at [47]:

“it would impermissibly transcend practical reality if the stroke of midnight or some infinitesimal division of a second after midnight, led to the conclusion that the concept of an undivided day was no longer appropriate. In that sense this would not only be impermissible metaphysics but also, in this context, such a minimum period of time does not cross the threshold as capable of being recognised by the law. Whether the issue is framed in terms of metaphysics, which the common law eschews, or of the principle that the law does not concern itself with trifling matters, the conclusion is the same: realistically, there is no fraction of a day. That being so, the justification in relation to fractions of a day does not apply in a midnight deadline case.”