Home > Mastercard? That’ll do nicely! Do you need to issue a new claim if your amendment might be statute barred?

Mastercard? That’ll do nicely! Do you need to issue a new claim if your amendment might be statute barred? 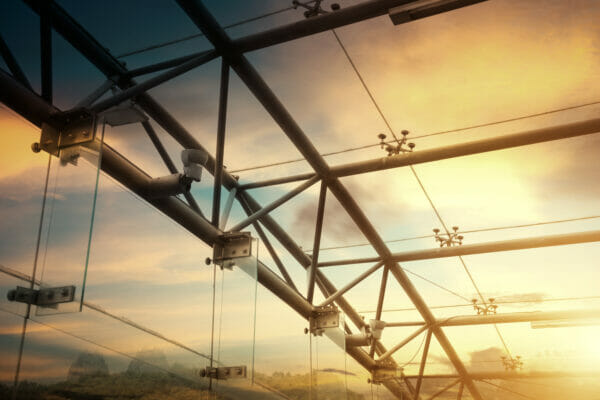 It is no coincidence that construction cases play a prominent role in many of the leading decisions concerning limitation. It is the nature of our work that problems have a tendency to emerge some time after the work was completed and, more than occasionally, new problems come to light after proceedings have commenced.

As construction litigators, we are therefore all no doubt familiar with having to draft an amendment to a claim that is, or might be, vulnerable to a limitation challenge. While we probably trust that we are familiar with the law on the point, many of us would likely turn to our reliable friend, the White Book, to remind ourselves of how the court might approach such an application. A couple of TCC decisions over this year suggest that this course of action might not reveal the full picture.

What does the White Book say?

CPR 17.3 and 17.4, read together, tell us that we can amend a claim with consent or with the permission of the court, but that if the relevant limitation period has come to an end the court will only have a discretion to allow such an amendment if the “new claim arises out of the same facts or substantially the same facts as a claim in respect of which the party applying for permission has already claimed a remedy in the proceedings” (I’m ignoring mistakes as to names or changes in capacity, for present purposes). There is then lots of complicated law as to whether or not the amendment really is a “new claim” or really does “arise out the same or substantially the same facts”.

As we all know, if such an amendment is then permitted, the amendments are treated for limitation purposes as relating back to the date the original claim form was issued. So far, so good.

But what if, as is often the case, it isn’t completely clear whether the limitation period has expired, or whether the amendments can come within the strictures of CPR 17.4?

The White Book, at 17.4.2, says that where it is reasonably arguable that the relevant limitation has expired and/or does not come within 17.4, “permission to amend should be refused leaving the claimant to bring fresh proceedings on the new claim”. That is based on two Court of Appeal decisions, Chandra v Brooke North and Ballinger v Mercer Ltd.

On one view that makes sense. Allowing the amendment gives the claimant the benefit of relating back, so, if there is any reasonable argument that the amendment is statute barred or outside 17.4, it should be refused; otherwise the defendant would lose the opportunity to argue the point in due course. Often, the point may not become clear until factual or expert evidence is resolved at trial.

However, it has always seemed to me a needlessly cumbersome and costly approach. Instead of making the claimant issue a new claim, pay a new court fee, and work out how best to manage that new claim alongside the existing claim, why not just allow the amendment subject to resolving the limitation point later, or, failing that, at least allow the claimant to accept that the new claim only relates back six years from the date of amendment?

There is no suggestion in the White Book that such an approach might be accepted by the court.

However, there has for some time been a line of authorities that recommended exactly this approach as a sensible, cost-effective way to proceed, originating in the decision of Field J in WM Morrison v Mastercard, followed by the Court of Appeal in both Mastercard v Deutsche Bahn and Libyan Investment Authority v King. In the latter case, Nugee LJ made clear that he considered this to be a useful practice and that it extended to the wider approach of allowing an amendment and leaving to the trial judge the question of whether the amendment would relate back or not (in other words, not even requiring the claimant to accept up front that the time should only run from the date of the amendment).

It may be that this has gone largely unnoticed because until this year it seems to have been thought that the approach will only be permissible where all the parties’ consent, or at least do not object. However, if that was the reason – and I don’t think it was a good one – it is not one that is likely to have survived two TCC decisions this year.

In Advanced Control Systems Inc. v Efacec Engenharia E Sistemas S.A., Mr Roger Ter Haar QC, sitting as a Judge of the High Court, was invited to reject a “Mastercard“ application on the basis that consent was required. He concluded, after reviewing the line of cases above, that there was no limit in principle to the circumstances in which this approach could be adopted and granted the application, which sought to treat the amendments as made at the time of the amendment rather than relating back to the date of the claim form. If that is right, then it significantly opens up the likely number of occasions when a “Mastercard” approach might be suitable.

However, over the summer, HH Judge Russen QC, sitting as a Judge of the High Court, handed down the decision in DR Jones Yeovil Ltd v Drayton Beaumont Services Ltd, which further considered the scope of the “Mastercard” approach. While he agreed that this approach was not dependent upon the consent of the defendant, in his view Advanced Control Systems was wrong to say that there was no limit to the type of cases where this approach might be appropriate.

The rationale for this potentially significant fetter on the application of the “Mastercard” approach appears to be that it is premised on the recognition that the claimant had the alternative of issuing fresh proceedings without facing an obvious limitation claim in relation to the whole of the claim. In other words, that the claimant could not have been prevented from bringing a new claim for at least some of the matters within the amendment. The judge took the view that this was the case in all the previous decisions, apart from, possibly, Advanced Control Systems, and that this requirement should police the use of the “Mastercard” approach.

For what it is worth, I welcome the wider use of the “Mastercard” approach. It seems to me that there will be situations where allowing an amendment, but putting off arguments as to limitation until a later date, will be more sensible and far more cost-effective than requiring a claimant to issue fresh proceedings, or arguing over CPR 17.4, which might turn on facts or expert issues. No doubt there are also situations where such an approach will make a claim needlessly cumbersome and the case would benefit from the matter being resolved then and there; but the difference between those situations seems to me to be best resolved by case management discretion rather than the rule proffered in DR Jones.

Either way, I think the White Book could helpfully expand its commentary at 17.4.2 to highlight these possibilities, and court users would benefit from clarification from the courts as to how best to proceed.

This article was written by David Pliener. First published on Practical Law’s Construction Blog.  It has also appeared in the Expert Witness Journal.