Mistaken Payments and Mistakes of Law under the Limitation Act 1980 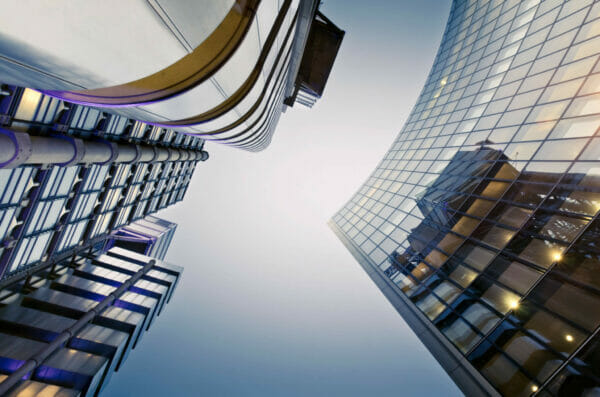 The FII Group Litigation (‘FII’) was established by an Order made on 8 October 2003 with the purpose of determining common or related questions of law arising out of the tax treatment of dividends received by UK resident companies from non-resident subsidiaries.  The Test Claimants’ basic allegation was that their tax treatment (under domestic legislation long-since repealed), as compared to that of wholly-resident UK companies, breached TFEU provisions on freedom of establishment and free movement of capital. The Test Claimants therefore sought repayment of tax paid insofar as it was unlawful under EU law; in some cases, dating back to the UK’s accession in 1973.

A central issue in the litigation arose from the characterisation under English law of restitutionary claims for the recovery of money: such claims are subject to the limitation period of six years from when the cause of action accrued, as prescribed by s 5 of the Limitation Act 1980.

Given that the vast majority of claims would therefore be time-barred, the Test Claimants sought to rely on a mistake within the meaning of section 32(1)(c) of the Limitation Act 1980 (‘s 32(1)(c)’), thereby postponing the point at which the period of limitation begins to run for the purpose of bringing a claim. The Test Claimants alleged that the effect of that provision was to postpone the commencement of the limitation period in respect of such a claim until the true state of the law is established by a judicial decision from which there lies no right of appeal.

The Law and the Authorities: s 32(1)(c), Kleinwort Benson, and Deutsche Morgan Grenfell

“(1) Subject to subsection (3) below, where in the case of any action for which a period of limitation is prescribed by this Act, either –

(a) the action is based upon the fraud of the defendant; or

(b) any fact relevant to the plaintiff’s right of action has been deliberately concealed from him by the defendant; or

(c) the action is for relief from the consequences of a mistake;

the period of limitation shall not begin to run until the plaintiff has discovered the fraud, concealment or mistake (as the case may be) or could with reasonable diligence have discovered it.”

Kleinwort Benson v Lincoln City Council [1999] 2 AC 349 concerned the question of whether s 32(1)(c) is limited to mistakes of fact, or applies also to mistakes of law.  Prior to the decision of the House of Lords in that case, it was a long-established rule that no claim lay at common law for the recovery of money paid under a mistake of law (Bilbie v Lumley (1802) 2 East 469).  The general rule in equity was broadly the same; recovery for mistakes of law had been permitted only in very limited circumstances, and usually in cases involving elements that independently justified the intervention of equity, such as a fiduciary relationship.

By a majority of 3-2, the House of Lords ruled that there existed a right to recover payments made under a mistake of law. Moreover, the majority accepted that s.32(1)(c) could apply to mistakes of law, thereby potentially extending the limitation period for such claims indefinitely.

Deutsche Morgan Grenfell Group plc v Inland Revenue Comrs [2006] UKHL 49 followed some 7 years later and proceeded on the basis that Kleinwort Benson was correctly decided.  It considered the point in time at which mistakes of law are “discoverable” for the purpose of s 32(1)(c).  Like the present FII case, the facts concerned UK corporate tax provisions allegedly inconsistent with EU legislation which, furthermore, had been challenged before the English courts in separate proceedings brought by other claimants.  Following a reference for a preliminary ruling, in about September 2000, the Advocate General promulgated an Opinion which considered that the tax provisions were incompatible with EU law.  In March 2001, this view was endorsed by the Court of Justice in Metallgesellschaft Ltd v Inland Revenue Comrs, Hoechst AG v Inland Revenue Comrs (Joined Cases C-397/98 and C-410/98) [2001] ECR I-1727; [2001] Ch 620.

Approximately one month after the Advocate General promulgated his Opinion, the claimants in Deutsche Morgan Grenfell issued proceedings of their own to recover tax payments made.  A key issue in dispute was the point in time at which the claimants had ‘discovered’ the payments were mistaken in law, thereby starting the limitation period postponed by virtue of the mistake provision.  The claimants argued that the mistake was not discoverable until the Court of Justice delivered its judgment in the Hoeschst proceedings.  The Revenue contended that the mistake was discovered when the claimants learned in 1995, six years before the decision in Hoechst, that the relevant provisions were the subject of serious legal challenge. By a majority of 3-2, the House of Lords found for the claimants and held that mistakes of law are not ‘discoverable’ for the purposes of the mistake provision until the ‘true state of affairs’ as to the legal position is finally determined by a court.

The FII Group Litigation Before the Supreme Court

In the present case, the UKSC considered the correctness of both Kleinwort Benson and Deutsche Morgan Grenfell insofar as they concerned mistakes of law and limitation.  By a majority of 4-3, the Supreme Court left the principle established by Kleinwort Benson undisturbed, though gave different reasons for holding that mistakes of law fall within the scope of s 32 of the 1980 Act. By a unanimous decision, the Supreme Court overruled Deutsche Morgan Grenfell, to the extent that it concerned the point at which a mistake is discoverable.

In the leading judgment, Lord Reed and Lord Hodge (with whom with whom Lord Lloyd-Jones and Lord Hamblen agreed) reviewed the proposition established by Deutsche Morgan Grenfell in terms of logic, and by reference to the common law authorities, policy and legislative intent, and internal consistency of s 32 of the 1980 as a whole.

Their Lordships concluded that, in tying the date of discoverability to the date of a judicial decision, with the consequence that the limitation period for issuing a claim may not begin to run until the proceedings have been completed, the decision in Deutsche Morgan Grenfell has the illogical consequence that mistakes are not discoverable by a claimant until after he has issued a claim on the basis of the mistake. They also identified several other flaws of in the reasoning in Deutsche Morgan Grenfell.

Their Lordships therefore proposed overruling Deutsche Morgan Grenfell in favour of interpreting the mistake provision in s 32 of the 1980 Act as postponing the commencement of the limitation period until the point at which a claimant has “sufficient confidence to justify embarking on the preliminaries to the issue of a writ.”

Although the present decision of the UKSC does not disturb the present state of the law, it is worth noting that the majority considered that the decision in Kleinwort Benson was not supported by convincing reasoning.  The majority explicitly considered that the decision turned on an inaccurate interpretation of the pre-1939 authorities, and justified extending the mistake provision to mistakes of law on the basis that it “best gives effect to Parliament’s intention to relieve claimants from the necessity of complying with a time limit at a time when they cannot reasonably be expected to do so, and does not have unacceptable consequences for the legal certainty which the 1980 Act is primarily designed to protect.” The minority (Lord Sales and Lord Briggs, with whom Lord Carnwath agreed) concluded that the decision in Kleinwort Benson was “plainly wrong […] to interpret section 32(1)(c) as extending to mistakes of law…”.

This is a key decision on the modern law of limitation from which the following points should be noted: