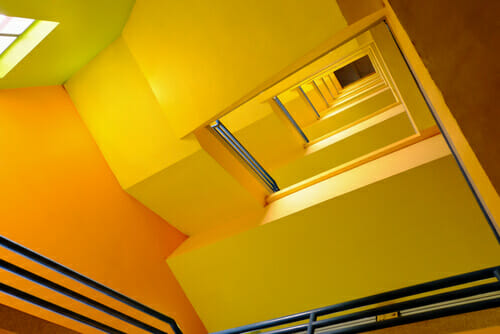 The very recent decision in Pallett v MGN Limited is probably one the most significant decisions as regards the operation of Part 36 for many years, albeit that it is based upon established Part 36 principles. It has consequences for any claimant making a Part 36 offer and any defendant accepting an offer.

The underlying litigation was in a libel action. The claimant offered to settle her claim in October 2020 ahead of a trial due to begin in January 2021.

The claimant’s offer was for £99,500 plus costs (and some ancillary matters unique to libel) and made by Part 36 offer.

The defendant deliberately delayed acceptance of the offer until the 22nd day (about 12 November). The terms of acceptance were contingent, although the court determined that the wording did not affect the validity of the acceptance.

What was the significance of the late acceptance of the claimant’s Part 36 offer?

Having deliberately delayed acceptance until the 21-day period had elapsed, the defendant relied on the default provisions of CPR 36.13(4), which provide as follows:

The liability for costs must be determined by the court unless the parties have agreed the costs.”

This sub-section also gives guidance on the mechanism by which the court is to undertake that exercise:

“(5) Where paragraph 4(b) applies but the parties cannot agree the liability for costs, the court must, unless it considers it unjust to do so, order that –

(a) the claimant be awarded costs up to the date on which the relevant period expired, and

(b) the offeree do pay the offeror’s costs for the period from the date of the expiry of the relevant period to the date of acceptance.

(6) In considering whether it would be unjust to make the orders specified in paragraph (5), the court must take into account all the circumstances of the case including the matters listed in rule 36.17(5).”

In considering whether it would be “unjust” for these purposes, CPR 36.17(5) provides that the court “must take into account all the circumstances of the case”, including:

What was the defendant’s position as regards their liability to pay costs?

What was the claimant’s position as regards the defendant’s liability to pay costs?

The court recognised that the proposition advanced by the defendant was an unusual one but noted that a similar application had been in two other reported cases: the High Court’s decision in Optical Express Ltd v Associated Newspapers, and the decision of the Court of Appeal in Dutton v Minards.

Both of those cases, however, were particularly unusual.

In Optical Express (another libel case), the claimant answered a request for information about their claim in May 2016, and at the same time increased their claim for damages to £21.5 million. They were met by the defendant’s Part 36 offer for £125,000 (much less than 1% of the claim), which was then accepted late in February 2017. The court determined that the claimant ought to have provided the information (upon which the defendant’s Part 36 offer was based) by December 2015, and awarded costs from that date.

In Dutton, the claimant sought to avoid the consequences of late acceptance of the defendant’s Part 36 offer of £25,000 in July, 2010 by making an offer to accept £18,000 in October 2011. Surprisingly (perhaps), the court allowed the claimant to recover their costs, a matter the appellate court did not interfere with because it was within the scope of the first instance judge’s discretion.

However, Pallett differs from these two cases, as here there did not appear to be any particularly unusual features about the litigation at all. There were complaints by the defendant about the claimant’s engagement with alternative dispute resolution (ADR) and disclosure, and there were a series of offers and counter-offers, many of which had conditions attached, but none of the unusual features associated with Optical Express or Dutton.

It was accepted that, having accepted the offer, the defendant faced a “formidable obstacle” in seeking to demonstrate that the normal consequences of the acceptance of an offer should not apply, the authority being Smith v Trafford Housing Trust at paragraph 13(d):

“(d) Nonetheless, the court does not have an unfettered discretion to depart from the ordinary cost consequences set out in Part 36.14. The burden on a claimant who has failed to beat the defendant’s Part 36 offer to show injustice is a formidable obstacle to the obtaining of a different costs order. If that were not so, then the salutary purpose of Part 36, in promoting compromise and the avoidance of unnecessary expenditure of costs and court time, would be undermined.”

Having analysed the facts and the complaints made, the court determined that the defendant had failed to establish that the alleged failure to engage in ADR by the claimant fell so far short of the standards which the courts now expect of litigants (in terms of a willingness to negotiate) in order for the defendant to be able to discharge “the heavy burden … of showing that it would be unjust to apply the normal Part 36 consequences”.

The case reveals a potential lacuna in the rules as interpreted.

The purpose and intention of Part 36 is to encourage settlement and provide certainty to the parties upon acceptance (or rejection) of any offer. If a party makes an offer, they ought to do so on the basis that if that offer is accepted, certain consequences will follow.

In light of this decision, the offeree (usually, in these instances, the defendant) is faced with two choices when an attractive Part 36 offer is made: either accept the offer in 21 days and pay all the costs, or delay acceptance and give themselves the opportunity to argue that the offeror should only recover part of their costs.

In many (if not most) instances, the “normal” Part 36 consequences will follow, but what it gains the offeree is the benefit of uncertainty. And uncertainty benefits the party with the deepest pockets.

If the costs are significant, the offeree may well consider that the relatively modest costs of an argument about costs is worth the gamble. In any event, late acceptance it gives the offeree leverage to argue about costs, which acceptance within 21 days does not.

It cannot have been the intention of Part 36 that the offeror is in a less-advantageous position if the offeree accepts their proper Part 36 offer, but does so deliberately (and tactically) late.

My prediction is that this issue will return in the near future, whether by an amendment to Part 36 or by way of appellate clarification.

This article was first published by Practical Law in its Dispute  Resolution Blog.