Home > Prevention is better than cure – and it is working

Prevention is better than cure – and it is working 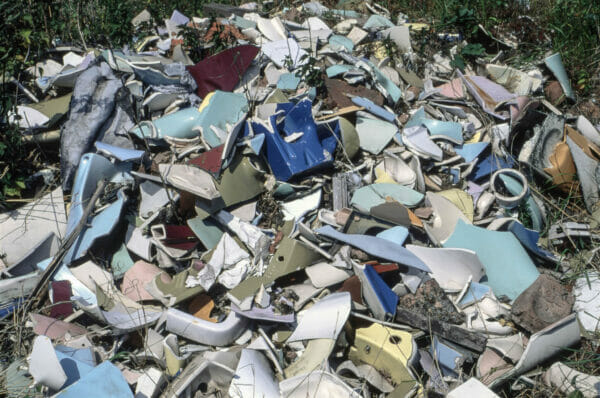 As local government lawyers are all too well aware, fly-tipping is an increasing social problem. “Commercial” fly-tipping (i.e. fly-tipping undertaken on a massive scale by recurrent offenders rather than one person moving flat and leaving their mattress in an alley) is becoming not only a social problem but also an enormous financial headache for those on whose property the fly-tipping ends up.

Since last summer, I have been working with a number of senior environmental and housing department heads in boroughs in and around London in a concerted and strategic effort to win the battle against these highly organised commercial fly-tippers and to win back green spaces for the good of the community and its residents.

The process is quite straightforward, although, as with most things, the key to success is in the preparatory work.

Upon receiving instructions, the fight back starts with me preparing all the necessary paperwork and evidence. Once prepared (two to three working days is roughly how long it takes) I am ready to attend with my skeleton argument and supporting authorities before the High Court applications judge. It is important for this documentation to be comprehensive as this will make it easy for the judge to determine the application.

Importantly and because of the need for speed, my advice has been NOT to identify individuals as to do so is not only time-consuming but ineffectual; few of the people that the injunction targets are likely to accept service and, even if they did, they are quite likely to deny being served, or if necessary change their names and claim not to have been served. By seeking the injunction against Persons Unknown, in reliance upon established principles in the case of Hampshire Waste Services Ltd v Persons Unknown [2003] EWHC 1738, I have been able to get before the Court within one week of first being instructed.

Once the protective injunction is in place, anyone intent on establishing an encampment on the green spaces or seeking to tip thousands of tonnes of waste on picnic areas, sports fields and even children’s playgrounds, knows their arrival is an immediate breach of a High Court injunction and therefore susceptible to contempt of court, leading to fines, seizure of assets and possible imprisonment. This contrasts strongly with an application for an interim possession order, which often takes days if not weeks to come before the Court and does not protect the neighbouring parcel of land from being infiltrated immediately upon possession being obtained.

The effect of the injunctions I have obtained has exceeded everyone’s expectations. It is possible this is because, although the fly-tippers could not care less about the environment and the damage their activities cause to the green spaces and the quality of life of those living and working in the area, they are fearful of having their vehicles impounded. Their vehicles provide their livelihood and any risk of them being seized is to be avoided.

In fact the strategy I have adopted with local authorities has been so successful that the problem is changing from incursions on green spaces to incursions on industrial areas. Keen to pursue their highly remunerative commercial fly-tipping business, the fly-tippers have moved from green areas to industrial areas to dump building and other waste.

As a result I have now started to obtain what can best be described as a “brown space injunction”; i.e. protective injunctions on industrial areas.

By recently granting what is thought to be the first interim protection order of its kind, in Waltham Forest v Persons Unknown Coming onto Land [2018] EWHC 240 the High Court has recognised that there is little point granting protective injunctions to green spaces, if the court is not going to give similar protection against fly tippers infiltrating industrial sites. This is a significant victory against the fly-tippers.

At present the brown space injunctions that I have obtained have been limited to land owned by boroughs, but there is no reason they could not be obtained for private land. A good example being recent instructions I have received to obtain a protective injunction against fly-tippers on a car-park of a leading retailer in North London.

The tide is turning against the fly-tippers and their multi-million pound business and this is for the good of society, the environment and most significantly local authority budgets, as chief executives are not surprisingly, more than happy to spend relatively small sums of money obtaining and enforcing a borough wide protective injunction than spending vast sums of money clearing up the consequences of a major fly-tipping infiltration.

This article was first published in Local Government Lawyer in March 2018.