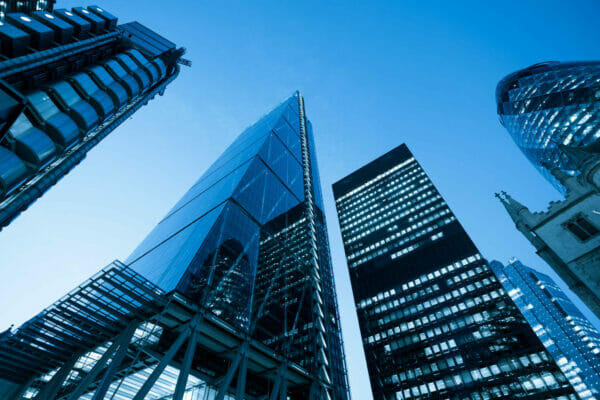 The Appellant was a corporate and investment bank (the “Bank”). On 7 May 2015, it entered into a Sale and Purchase Agreement (the “Agreement”) as the seller of a 23.8% shareholding in an Indonesian company traded on the London Stock Exchange. The Respondent solicitors, (“Ashurst”), had acted for the First Defendant, the counterparty buyer under the Agreement (“ACE”).

Pursuant to Clause 4 of the Agreement, security for the Purchase Price was to be by way of payment into an escrow account; or, on failing to enter into a relevant escrow agreement within 30 days, the parties were to discuss in good faith alternative arrangements for security.

Pursuant to Clause 3 of the Agreement, Ashurst duly provided a solicitor’s confirmation to the Bank that it had, as at 7 May 2015 (i) received funds in an amount not less than US $85 million into its client account; and (ii) irrevocable instructions to transfer these funds into the contemplated escrow account, or continue to hold them “pending” agreement of suitable alternative arrangements.

The parties, however, failed to enter into an escrow agreement and no alternative arrangements for security were subsequently concluded. Nevertheless, the transaction proceeded and, on 1 July 2015, the Bank transferred the shares and received US$ 50 million as part payment of the purchase price. A demand dated 9 July 2015 followed for the balance in the sum of US$70 million, however, ACE refused to complete the transaction.

By this time, the contemplated security was not available: although Ashurst had indeed been put in funds as at 7 May 2015, as stated in the confirmation, a series of payments were made out of the client account between 23rd June and 13th July 2015, which reduced the balance to nil.

The Bank therefore brought proceedings against (i) ACE for the balance; and (ii) Ashurst for breach of fiduciary duty and for rectification of the solicitor’s confirmation. At the heart of the Bank’s claim against Ashurst was that, by giving the solicitor’s confirmation, Ashurst undertook that it would continue to hold the escrow amount as security for payment of the purchase price; unless either (1) the escrow agreement was signed, or (2) an alternative agreement as to security was concluded, as contemplated by Clause 4.2 of the Agreement. As neither had happened, the Bank asserted that the security should still have been held by Ashurst and available for enforcement of any judgment against ACE.

Ashurst conceded it had, by providing the confirmation, undertaken obligations to the Bank; and that, had the parties entered into an escrow agreement, it would have been obliged to transfer the funds it held. However, no such agreement had been entered into, and it had become clear (Ashurst said) that there was no prospect of “alternative arrangements” being agreed either. In those circumstances, it was entitled to distribute the funds as directed by its client.

In the court below, Moulder J found that the communications regarding the confirmation were part of the completion arrangements, in which Ashurst’s role was to provide legal advice to its client. The documents, therefore, were privileged. The Bank appealed.

Males LJ considered that, for present purposes, these authorities emphasised two conditions which must be satisfied in order for a communication to attract legal advice privilege: (1) the communication between solicitor and client must be confidential; (2) the communication must be “for the purpose of legal advice,” or, to put it another way it must occur in a “relevant legal context.”

The effect of legal advice privilege is such that, if these two conditions are satisfied, communications between solicitor and client will be privileged, notwithstanding that some of them may not themselves be concerned either to seek or to provide legal advice; it is sufficient that they form part of a “continuum” of communications so that such advice can be sought or given when appropriate.

Given the centrality of Conlon v Conlons Ltd [1952] 2 All ER 462 to the parties’ respective submissions as to whether confidentiality had been waived, Males LJ considered it appropriate to begin with what that case was taken to have decided. There, the Defendant’s pleaded case was that the dispute had been settled by acceptance of the terms offered by the Claimant’s solicitors. In Reply, the Claimant denied making any offer to settle, and if his solicitors had purported to do so, they had done this without the Claimant’s authority. The court held that the Claimant must answer interrogatories regarding his instructions to his solicitors, rejecting the Claimant’s submissions that these were confidential and attracted privilege.

Noting that the “textbook writers have struggled with this decision”, Males LJ considered the approach of other jurisdictions before concluding that Conlon does not stand for the proposition that legal advice privilege does not extend to a communication containing information which the client instructs the solicitor to repeat. On the contrary:

In the present case, Males LJ noted that the client had not put in issue the content of its instructions, and therefore turned to the question of whether there was any other basis upon which it could be said that confidentiality had been waived. Males LJ held that there was not. Merely because the client authorised Ashurst to make the statement contained in the confirmation did not mean confidentiality in respect of the wider detail of the communications between the client and Ashurst had been waived.

Turning then to the question of the legal context, Males LJ could not accept that Ashurst was doing no more than a bank might have done in collecting payments or making a statement as to the basis on which it was holding money. Although it could be said that a bank or some other third party could have made such statements, it was “not merely fortuitous” that the statement came to be made by a respected firm of City solicitors already involved in and familiar with the transaction. Ashurst had been retained to advise on the transaction; the nature of the instructions in respect of the confirmation therefore fell within the relevant legal context and were accordingly privileged.

This case is a useful reminder of the fundamental nature legal advice privilege as an “absolute right” of the client that, once attaching to communications, remains absolute unless waived by the client. As noted by Males LJ, the absolute nature of the right was established in R v Derby Magistrates’ Court ex p B [1996] 1 AC 487 where, following a review of the authorities, Lord Taylor of Gosforth CJ concluded at 507D that:

“The principle which runs through all these cases, and the many other cases which were cited, is that a man must be able to consult his lawyer in confidence, since otherwise he might hold back half the truth. The client must be sure that what he tells his lawyer in confidence will never be revealed without his consent. Legal professional privilege is thus much more than an ordinary rule of evidence, limited in its application to the facts of a particular case. It is a fundamental condition on which the administration of justice as a whole rests.”

Balanced, however, against the interest of justice that all relevant material should be before the court, Males LJ also noted that “there is no question of these two principles having to be balanced against each other in order to determine whether a communication must be disclosed.” The present case demonstrates that the threshold for disclosure remains relatively high: privilege attracting to client instructions, for example, can be waived only in what are exceptional cases, such as Conlon where the client himself puts in issue in the context of legal proceedings the content of those instructions.