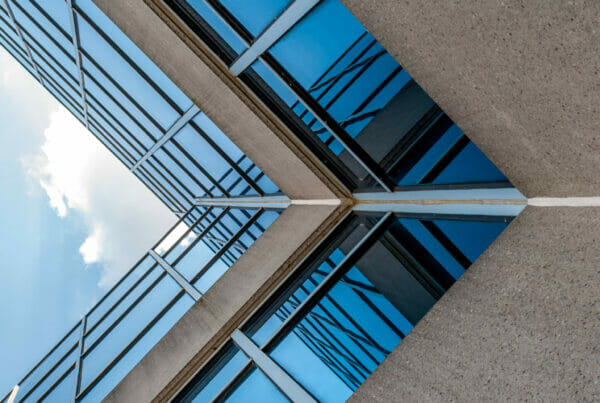 If the decision stands, it will signal a relaxation in the strict application of the two-limb test as endorsed in Chartbrook Ltd v Persimmon Homes Ltd.

Chartbrook concerned an ambiguous overage provision. Having been written as text rather than a formula, one could produce quite different results in the calculation of the ‘additional residential payment’ depending on where one placed the emphasis in the sentence (or notional brackets). While holding that the court would not readily accept that the parties had made linguistic mistakes in formal instruments, their lordships confirmed the basis on which a court would interpret a document to have a different meaning than its literal words:

‘…There is not, so to speak, a limit to the amount of red ink or verbal rearrangement or correction which the court is allowed. All that is required is that it should be clear that something has gone wrong with the language and that it should be clear what a reasonable person would have understood the parties to have meant.’ (Lord Hoffman at para [25])

In subsequent cases the courts have been reluctant to interfere with the commercial bargain by interpretative means. In Arnold v Britton (a case concerning the provisions for service charge increases in a 99-year lease of a holiday chalet) on the basis of the limited contextual information, it was not clear that the parties had made a mistake nor what correction would be necessary to reflect, objectively, what the parties had meant. The fact that the literal meaning of the words produced a result which was highly unfavourable to the tenant, was not sufficient justification for corrective construction.

In Trillium (Prime) Property Group GP Ltd v Elmfield Road Ltd corrective construction was again held not to be appropriate, as it was not obvious that the document had been misdrafted. The rent review mechanism in a 2010 lease was by reference to a base index figure in 2005. Lewison LJ held this could be explained on the grounds that the rent under a previous lease had been reduced with retrospective effect from 2005 as part of the agreement for the new lease.

In this case the judgment also considers the admissibility of evidence, again applying the guidance in Chartbrook.

This was a Part 8 claim for a declaration as to the proper interpretation and effect of the rent review provisions in a lease of agricultural land let for the purpose of a solar photovoltaic development.

In 2013 the defendant landlord, Woden Park Ltd (WPL), acquired a larger parcel of land, obtained planning permission for its use as a solar farm and negotiated the right to connect to the electricity grid. Monsolar IQ Ltd was incorporated as a special purpose vehicle to take a lease of part of the land to enable a sale of the development rights and a 25-year lease was granted to it in July 2013.

The context in which the lease came to be drafted therefore is somewhat unusual. Mr F, the person who drafted the lease was a director of both the landlord and the tenant, and there was no process of negotiation leading to the final instrument. (It also meant that Monsolar would have no prospect of a claim for rectification.) It included a rolling tenant’s break clause on six months’ notice.

The lease provided for a rent review annually on the anniversary of the commencement date (the Review Date). The disputed text was as follows:

The Index Figure was defined by reference to the RPI—all items published by the ONS.

Monsolar argued that what the parties had actually intended was that the rent would increase/decrease annually but non-cumulatively in line with RPI and that it was clear that the lease should be corrected to read:

Monsolar relied on Westpac Banking Corporation v Tanzone Pty Ltd, an Australian authority with a rent review clause in very similar terms to that here, where on appeal it was held that it produced ‘an absurd result’ and should be reinterpreted (this being the test in that jurisdiction).WPL’s position was that there was not an obvious mistake in the rent review provisions when understood in the context of its grant. The lease had a reduced starting rent and it was a flat rent, compared with the profit share element that was common in the solar farm industry. It was anticipated that the price for electricity would continue to increase in value far in excess of inflation (having been rising annually at approximately 10% prior to 2013). The landlord also contended that in the assessment of whether an obvious mistake had been made, the court should disregard the effects of possible inflationary scenarios.

The court applied the exclusionary rule, holding that evidence of Mr F’s intention when drafting the lease was not admissible. However, the judge accepted that the background to how the lease came to be granted was relevant as it had not been an arm’s length transaction. Parts of Monsolar’s evidence were also disregarded as being comment, submissions and speculation.

The judge held that the indexation produced illogical and arbitrary results, even without having to make assumptions as to the future effects of RPI changes. When the provisions of the lease were considered as a whole, the parties could not have intended that the RPI would be cumulatively applied each year, as successive years’ rents bore no relation to changes in the cost of living, which the use of an RPI-based index were clearly intended to replicate.

He then proceeded to revise the formula so that the annual change in rent would be by reference to the increase/decrease in the RPI index in the previous year. This was not the formula propounded by Monsolar.

The judge noted that had WPL put forward a different and credible revision to the formula, then there would have been a forceful argument that there was no clear mistake: following Trillium.

This aspect of the decision is highly questionable. The fact that the judge has decided that, objectively, the parties had intended a different formulation from that put forward by the tenant is contrary to the second element of the Chartbrook test.

Further written submissions were made as a result of the judge deciding the case on a basis which the parties had not had the opportunity to address him on. The impact of WPL’s submissions on the effect of the judge’s interpretation on the second limb of the Chartbrook test appears to have been undermined by a completely new and contradictory argument advanced by WPL—on its proper construction the mistake in the formula was that it should be read to have provided for upwards only review, on the basis that RPI had only been negative in one year (2009) in the 20 years before the grant.

As the judge found, this does not the address the Trillium point. It seeks to introduce an alternative mistake, not an alternative drafting solution. A supplemental judgment was handed down on 12 June 2020, which upheld the decision unchanged.

While permission to appeal was refused by the judge, it will be interesting to see if this case goes any further.

This article was written by Andy Creer in June 2020. First published for LexisNexis.