Home > Refunds and Exchanges after (Forum) Shopping: Are You Allowed to Change Your Mind?

Refunds and Exchanges after (Forum) Shopping: Are You Allowed to Change Your Mind? 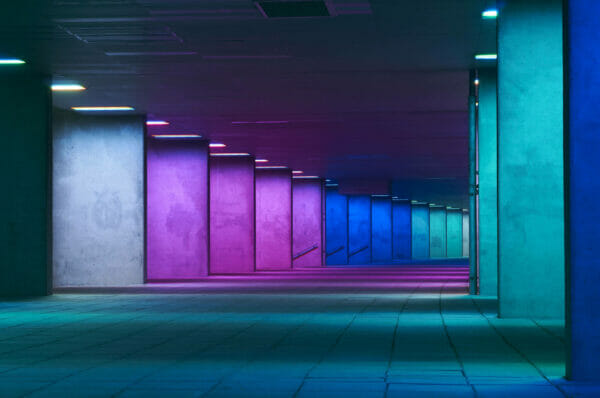 The Claimant (MCM) commenced the present proceedings on 21 December 2017. Its initial claim pleaded only deceit and unjust enrichment, and was brought only against the First and Second Defendants pursuant to an English jurisdiction and governing law clause.

Two weeks later, on 28 June 2018, the First and Second Defendants in the English proceedings served their Defence. This appeared to implicate Straits in what was later alleged to be a fraud in the sum of US$284 million.

In January 2019, Straits challenged the jurisdiction of the English Courts but that challenge was ultimately unsuccessful.

The parties agreed that the appeal turned on whether the Supreme Court’s decision in Lungowe v Vedanta Resources plc [2019] UKSC 20 represented a ‘step-change’ in the law to the effect that, where a claimant had chosen to proceed against different defendants in different jurisdictions, multiplicity of proceedings and the risk of irreconcilable judgments ceased to be a factor of any real significance in evaluating the proper forum for the purpose of permission to serve out of the jurisdiction under PD6B.

Flaux LJ, with whom Sir Geoffrey Vos C and Rose LJ agreed, considered that the judge below had been correct to distinguish Vedanta and find in the present case that the multiplicity of proceedings was a factor of ‘great significance’. He reached this conclusion by identifying the general principle to be derived from Vedanta and the ratio of the decision itself.

“An unspoken assumption behind that formulation of the concept of forum conveniens or proper place, may have been (prior to Owusu v Jackson) that a jurisdiction in which the claim simply could not be tried against some of the multiple defendants could not qualify as the proper place, because the consequence of trial there against only some of the defendants would risk multiplicity of proceedings about the same issues, and inconsistent judgments. But the cases in which this risk has been expressly addressed tend to show that it is only one factor, albeit a very important factor indeed, in the evaluative task of identifying the proper place.

in Vedanta at [87], listing a wide range of connecting factors to another jurisdiction arising from the particular facts of the case. In those circumstances, Lord Briggs JSC concluded that, had substantial justice been available in the other jurisdiction, “it would offend the common sense of all reasonable observers” if England were found to be the proper forum where the risk of irreconcilable judgments arose purely from the claimant’s choice to proceed against the anchor defendant in England, rather than all defendants in the other jurisdiction.

Flaux LJ, however, did not consider that by this, Lord Briggs JSC had intended to lay down a general principle to be applied in factual situations other than the one before him, nor that any such general principle would be binding on the Court of Appeal. Flaux LJ further identified that Lord Briggs JSC clearly considered it critical in Vedanta that the claimants clearly had the choice: there, the anchor defendant in England was willing to submit to the foreign jurisdiction.

In contrast, Flaux LJ considered that the judge below correctly identified that MCM did not have any choice as to where to sue the First and Second Defendants for two main reasons:

Given, therefore, the nature of the claim, which would require mutual disclosure, and the fact that the Third to Eighth Defendants had submitted to the English jurisdiction, Flaux LJ considered that the judge’s evaluation as to why England was the proper place to bring the claim and the weight he gave to the avoidance of multiplicity of proceedings and to the risk of irreconcilable judgments were “unimpeachable.”

This case gives useful guidance on the correct interpretation and application of Vedana in circumstances where a claimant initially commences proceedings in multiple jurisdictions but later changes its mind. A key point to be taken from the case is the real extent of a claimant’s choice in pursuing proceedings in multiple jurisdictions, and the considerable weight to be ascribed to the English anchor defendant’s willingness to submit to the foreign forum. The decision also makes clear that the nature of both (i) the proceedings in the foreign jurisdiction (i.e., whether they were procedural or substantive in nature); and (ii) any procedural considerations in England (such as mutual disclosure) will be taken into account.

It is also interesting to note that the claimant’s motive and conduct may also be considered as part of the exercise of the general discretion. In the present case, Flaux LJ noted, obiter, that it was not contended that MCM had been dishonest before the Singapore courts as to the relevance of the proceedings in England at the relevant time, and any procedural irregularities on MCM’s part had been made through inadvertent error and promptly rectified. In these circumstances, Flaux LJ considered it would be disproportionate to refuse permission to serve out of the jurisdiction on the basis of bad faith where the issues of multiplicity and risk of irreconcilable judgments remained live and weighty considerations.