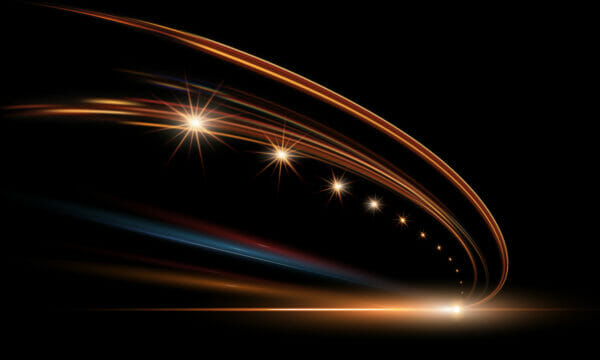 The claimant served particulars of claim over a year late. The Court considered whether to strike out the claim.  Relief from sanctions principles were applied by analogy save that where no sanction was applied automatically the Court first had to decide the correct sanction before deciding whether relief from it would be appropriate.

The Court found strike out inappropriate as it was a sanction of last resort; only to be deployed where no more appropriate and proportionate sanction was available.

Further, on the facts, the Court found the breach to be neither substantial nor significant in that the “delay in serving the Particulars of Claim was consistent with a stay that the parties had, for good reason, agreed should be put in place … [which] mitigates both the seriousness and the significance of the breach.”

The case serves both as a reminder of some of the key principles applying in this area and is yet another decision in the trend towards a more lenient approach to the application of sanctions and also relief from those sanctions.

Additionally, it shows the reluctance of the Court to bring a parties’ case to an end by applying the draconian sanction of strike out, where there are other more proportionate sanctions such as in costs.

The decision also considers the correct approach where sanction is not applied automatically but must be considered by the Court as a preliminary matter.

The Court also contains a discussion of the correct approach of the Court to applications for stays of proceedings (even by consent) noting that any agreement must be approved by the Court and in what circumstances a Court might be thought to approve a unending or rolling stay of proceedings.

The decision revisits the issue of the correct approach to materiality of breach, or seriousness and significance, and the related concept of ‘triviality’ – those things so de minimis as to be legally insignificant.

The underlying claim arose out of a theft of goods, specifically computer hardware, belonging to the claimant from the first defendant’s warehouse in Manchester on 15 October 2016.  The claim was against the first defendant, as bailee, failing to take reasonable care of the goods in circumstances where the CCTV and alarm were not functioning.

The first defendant being insolvent the claim continued against their insurers, being the second defendant.

The claimant applied for an extension of time from 6 February 2020 to 26 March 2021 for the service of Particulars of Claim. The Court noted that this “application is in substance for relief from sanctions following an omission to take steps to draft, and seek the court’s approval for, a consent order reflecting a stay of proceedings which had been agreed in principle between the parties.”

The second defendant cross-applied to strike out the claimant’s claim for the same failure, namely, to serve timely particulars.

The Judge considered concluded the breach was not trivial.  However, not due to the length of the delay or the effect on the litigation but rather it was not trivial because the failure to file a consent order deprived the Court of its supervision.

The Court distinguished earlier cases where relatively short periods of delay in serving particulars of claim had been held to be significant breaches of the CPR, by arguing that in none of those cases had the parties agreed a stay and noting that pre-Denton case law would be of little assistance in any event.

However, on materiality, the Court concluded: “It was accordingly a breach of only limited seriousness and significance.”

The Court went onto consider stages 2 and 3 which suggests that the Court did not conclude that it was so lacking in materiality as to render the next two stages unnecessary.

On stage 2, the Court accepted the claimant’s position that while the reason for the breach was not ‘a good reason’, it was an inadvertent rather than deliberate breach.

At stage 3, the Judge agreed with the claimant that “as part of [the stage 3] assessment, the court should have regard to the proportionality of its response to a default in a case where there is no explicitly prescribed sanction.”

The Judge on several occasions relied upon the disproportionate effect on a claimant of striking out of the claim and in effect weighed this significant impact against the relatively limited prejudice for the second defendant where a stay had been agreed for good reasons by both parties.  The Judge disposed of the second defendant’s cross application for strike out in essence on this basis.

The agreed stay – which the Court found could have been approved by the Court if filed – meant that there was no appreciable impact on the progress of the litigation or the limited resources of the Court.

Considering the claimant’s litigation conduct and history of alleged default, the Court again was not convinced that this was particularly relevant where the second defendant had also asked for significant periods of additional time to investigate matters without detailed explanation or justification.

“I have come to the conclusion that it would be fair, just and proportionate to grant relief from sanctions and the retrospective extension of time sought for service of the Particulars of Claim. In my view the breach, whilst not trivial, was not especially serious or significant. The delay in serving the Particulars of Claim was consistent with the gist of the parties’ (reasonable) consensus and has not been shown to have had adverse consequences for Chaucer, or the court’s processes in general, such as to make it appropriate to refuse relief from sanctions (thus bringing the claim to an end). There was no undue delay in Excotek making the present application.”