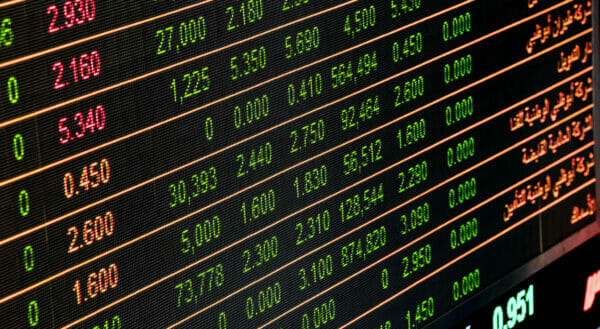 The High Court revisits the 2018 Supreme Court decision to determine to whom a default on a loan should be attributed: the original but now-failing debtor bank, or the institution to whom the Portuguese Central Bank had transferred the debtor’s liabilities under EU law.

The Claimant, Winterbrook Global Opportunities Fund (‘Winterbrook’) was the investor in two debt securities (the ‘Notes’), issued in an aggregate principal combined amount of over EUR 500 million and governed by English law. The 1st Defendant, NB Finance, was the present Issuer of the Notes.  The 2nd Defendant, Novo Banco, was a Portuguese bank and present Guarantor of the Notes.  Novo Banco had been newly incorporated to replace Banco Espirito Santo (Espirito) as Guarantor of the Notes and in other financial obligations by a Deliberation dated 3 August 2014 of the Banco de Portugal, exercising its powers under the European Bank Recovery and Resolution Directive to transfer assets, rights, or liabilities away from failing credit institutions, thereby promoting financial stability.

Winterbrook claimed that an Event of Default under the Notes had occurred, which entitled Winterbrook to accelerate payments. The conditions for acceleration were typical of this type of debt security, encompassing events which affect the general financial standing or ability to pay of the Issuer and/or its Guarantor.

Winterbrook sought to rely on default on an unrelated payment obligation owed by Espirito, the former Guarantor of the Notes, to third parties, Oak Finance Luxembourg and Goldman Sachs, under a separate loan (the ‘Oak Loan’). The Oak Loan was governed by English law and contained a jurisdiction clause granting the English courts exclusive jurisdiction.

By the Deliberation of the Banco de Portugal of 3 August 2014, Espirito’s obligations under Oak Loan had also originally been transferred to Novo Banco. Further to subsequent investigations, however, the Banco de Portugal found that the conditions for transferring the Oak Loan had not actually been met.  It therefore made a Declaration on 22 December 2014 that the obligations under the Oak Loan had not been transferred to Novo Banco, and that the Declaration was effective as of the date of the Deliberation, 3 August 2014.

On 29 December 2014, one week after the Declaration, the first repayment under the Oak Loan fell due and was dishonoured. The question for the court the present case was, therefore, whether the default on the Oak Loan could be attributed to Novo Banco, thus calling into question its financial standing and ability to act as Guarantor of the NB Finance’s obligations as Issuer under the Notes. If so, an Event of Default under the Notes will have occurred, thus entitling Winterbrook to accelerate payments.

Winterbrook had commenced its claim before the Supreme Court handed down judgment in Goldman Sachs and, in the present case, sought to amend its particulars of claim.  The Defendants sought summary judgment and/or to strike out Winterbrook’s claim on the basis it had no prospect of success.

The judge found that, if Hamblen J’s decision in Goldman Sachs had prevailed, the present case would raise significantly more difficult questions.  In light of the Supreme Court judgment, however, it was clear that, on 3 August 2014, the Guarantee under the Notes had been transferred to Novo Banco, but the Oak Loan had not.  Although the Supreme Court had been tasked to determine a question of jurisdiction, the judge found there was no basis to distinguish the reasoning of the Supreme Court for the purpose of determining how the Oak Loan was to be treated in the present case.  It was not possible, therefore, to attribute the default on the Oak Loan on 29 December 2014 to Novo Banco, nor to argue there was sufficient nexus between default on the Oak Loan by Espirito and an Event of Default in respect of Novo Banco under the Notes.

Furthermore, although the Claimants had adduced expert evidence on Portuguese law and the likely outcomes of the Portuguese administrative proceedings, the judge found that the question in the present case was not one of foreign law as fact, but the recognition of a foreign legal determination. On this, the Supreme Court had made clear that the Declaration of 22 December 2014 was the relevant Portuguese determination until the administrative proceedings were concluded.

The Defendants’ application for strike out and/or summary judgment was, therefore, successful and the Claimant’s application to amend failed.

This case serves as a good reminder that Supreme Court cases should always be read with care. Practitioners would be well advised to take note of both the specific legal question decided, as well as be able to recognise the wider implications of the judgment, in whatever guise they may subsequently arise.  The case also highlights the distinction between evidence of foreign law, which may be proved as a fact, and foreign legal determinations which English courts are bound to recognise.