Home > Squeaks, creaks, footsteps and other noises that go bump in the day and night

Squeaks, creaks, footsteps and other noises that go bump in the day and night 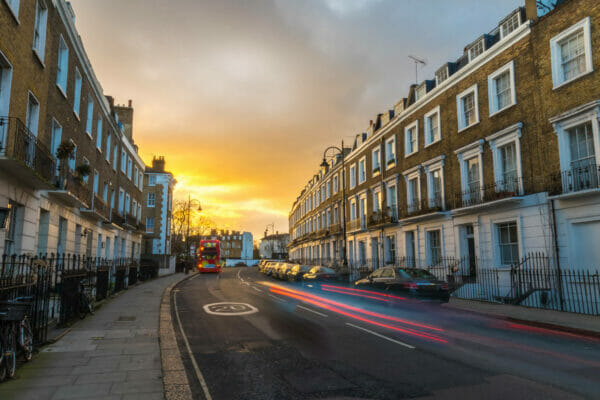 The National Institute of Health estimates that roughly 30 per cent of the population suffers from sleep disruption and insomnia. The reasons for people experiencing sleep deprivation are numerous. Some explanations are physiological, others psychological. Others are simply because of noise nuisance from either an external or an internal source.

This can often be played out in the context of neighbour disputes, anti-social behaviour and nuisance. Indeed, records show that the number of complaints received by local authorities due to disputes between neighbours has increased year on year. Despite efforts by everyone associated with the dispute process, a great number of cases that start off as disputes between perfectly reasonable and sensible people, necessitate the involvement of a determination by a judge. Fall-outs between neighbours, unlike other litigation, means that even when the court process is completed, you cannot avoid seeing the party you have litigated against, on an almost daily basis.

However, disputes of this nature are not limited to classic anti-social behaviour such as loud music and disturbing noise. There are no official figures available upon which to advance this argument, however based upon your writer’s experience over the last six months (it may well be a further unfortunate by-product of the Covid lockdown) in which he has been instructed on four separate occasions, noise nuisance caused by squeaks and tapping footsteps from flats above, are seemingly commonplace. Something as reasonable as the removal of carpet and the replacement with wood could be the trigger to a new form of neighbour dispute and litigation in the future.

There is no doubt that a more modern style of living has resulted in a move away from carpets to replacement, with wood flooring. Wood is seen as more stylish, more hygienic and more practical. However, with the taking up of carpet and underlay, many lessees of flats beneath other flats are experiencing the type of noise nuisance that really “gets under your skin”. This problem is particularly prevalent in older buildings, because the removal of floor coverings has meant squeaks and creaking floorboards and disturbed sleep and noise nuisance in the premises below.

It is exactly this problem that draftsmen and their freeholder clients were hoping to avoid by inserting strict covenants within leases, requiring underlay, carpets and even, at times, a requirement for effective sound-proofing and insulation. The classic wording often seen in leases provides as follows:

“At all times to cover and keep covered with carpet and underlay the floors of the demised premises other than those of the kitchen, bathrooms and toilets”.

It is also not uncommon to see the above words complimented by an additional provision such as:

“Ensure permanent sound-proofing insulation materials over all the floor boards shall be maintained in good condition”.

Those words were set out in the lease to which the Court of Appeal were looking at when asked to review the decision of the single judge in the case of Faidi v Elliot Corporation [2012] EWCA Civ 287.

In that case, the leaseholders of the second-floor flat sought to enforce the covenant in the lease of the third-floor flat above them. The purpose of enforcement being to ensure their neighbours covered the floor with carpet and underlay. The court, both at first instance and in the Court of Appeal, confirmed the enforceability of the covenant. It recognised that the obligations on a tenant and the conditions in the lease to ensure that floors were carpeted, and had underlay, continued to apply. The covenant to carpet being seen as necessary to ensure comfort and enjoyment. However, on the particular facts of the case, it found against the claimants.

This was because the occupiers of the third-floor flat had applied for and been given permission to alter the flooring arrangements in their flat. They had been permitted to install timber flooring and underfloor heating. Although it was argued that the obligations and covenants continued to apply, requiring the third-floor tenant to carpet would undermine the whole purpose of the works and be incompatible with the intention surrounding the granting of permission in the first place. The licence to alter effectively trumped the covenant to keep carpeted.

What is clear is that such covenants to keep floors, save for the kitchen, bathroom and toilets, carpeted and with underlay, remain enforceable. However, there is an obvious tension between the enforceability of such covenants and the granting of permission to alter. Although it may be impossible to prevent some disturbance, it being recognised that the normal noise from footsteps is not an actionable nuisance, any application for permission to alter should be very carefully considered by a landlord. Only where the landlord can be satisfied that the works being undertaken will include the installation of sound absorbing material between the floor structure and the timber flooring to achieve the minimum requirement for sound insulation between flats under the Building Regulations, should permission be given to alter the flooring within premises.

Only then can a landlord be satisfied that it will have done all that is necessary to avoid complaints from occupiers below and avoid finding itself not only embroiled in a dispute between disagreeing neighbours but also in breach in its own right, following the recent decision of the Supreme Court in Duval v 11-13 Randolph Crescent Ltd [2020] UKSC 18 where the Court, in dismissing the Landlords appeal, confirmed that a landlord did not have a power to permit a lessee to act in breach of an absolute covenant.

Equally, any lessee experiencing nuisance from above needs to ensure that, before they seek to enforce the mutual covenants in their leases, they check with their landlords what permission has been given and whether the enforcement has effectively been waived.

As we settle in for the Autumn and Winter and more time is spent indoors, consideration for those living below us and the effect of modern-living should be at the forefront of our minds. Noisy neighbours are not just those playing loud music but might also be innocently going about their daily business blissfully unaware of the consequences for those below them faced with squeaks and creaks, throughout the day and night.