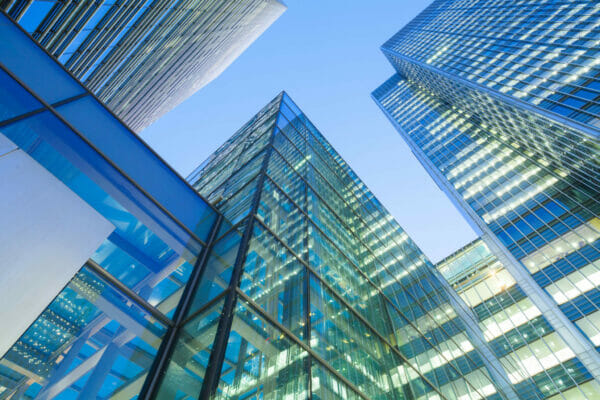 These proceedings related to an adjudicator’s decision dated 27th April 2020 (“the 27th April Decision”) under the Scheme for Construction Contracts (England and Wales) Regulations 1998 as amended (“the Scheme”). Lane End Developments Construction Limited (“Lane End”) was the main contractor on a housing development (“the Development”) and Kingstone Civil Engineering Limited (“Kingstone”) was sub-contracted to carry out enabling works for the Development. On 2nd March 2020, Kingstone issued Interim Payment Application No. 17 in the sum of £356,439.19, but Lane End did not serve a Pay Less Notice nor, until 26th March, did it serve a Payment Notice.

On 20th March at 07:46am, Kingstone submitted a request (“the Request”) to the RICS Dispute Resolution Service for the appointment of an adjudicator. Later that day, around 11:00am, Kingstone gave Lane End a “Notice of Adjudication” recording Lane End’s putative failure to make payment and seeking redress, at adjudication, in the sum of £356,439.19. Mr Paul Jensen was nominated to act as Adjudicator by the RICS and he accepted the nomination.

Lane End challenged Mr Jensen’s nomination on the grounds that Kingstone had failed to give Lane End notice of adjudication under the Scheme. Mr Jensen advised the parties that, contrary to Lane End, the Notice of Adjudication contained a clear intention to refer the dispute described therein to adjudication. By an automatically generated email on 8th April, Lane End advised Mr Jensen that “due to the Government guidance relating to the Covid-19 pandemic, Lane End Group is currently closed for business until further notice”. An hour later, in reply Mr Jensen advised Lane End by email (“the Termination Email”), that due to the closure, the adjudication is effectively terminated.

Lane End did not notify Kingstone that Mr Jensen had purported to terminate the adjudication until 15th April. Once Kingstone found out, they immediately requested by email that Mr Jensen should “continue with [his] appointment and issue [his] decision accordingly.” Kingstone confirmed that they had “not received any formal notification from the Adjudicator that the Adjudication has been terminated” and submitted that Mr Jensen’s purported notice of termination was thus “null and void”.

By an email on 16th April, due to Lane End’s correspondence with Kingstone, Mr Jensen advised both parties that it was apparent to him that Lane End was “not closed for business. Therefore, he had not resigned and will continue with the adjudication. By the 27th April Decision, Mr Jensen concluded that Kingstone was entitled to the full amount in Interim Application No. 17 of £356,439.19.

The main issues in dispute were whether the Adjudicator had jurisdiction to make the 27th April Decision and, if not, whether, as responding party, Lane End had waived that defect by election or was estopped from relying upon the defect?

Was Mr Jensen validly appointed as adjudicator under the Scheme?

Paragraph 2(1) of Part 1 under the Scheme provides for the referring party to submit its request for the appointment of an adjudicator “following the giving of a notice of adjudication”. Since Kingstone submitted the Request prior to the Notice of Adjudication, Lane End contends that the request cannot have been served following the giving of notice of adjudication, as statutorily required. Lane End thus submits that Mr Jensen cannot have been validly appointed as Adjudicator and, if he was not validly appointed as adjudicator, he did not have jurisdiction to make the 27th April Decision. In Vision Homes Ltd v Lancsville Construction Ltd [2009] BLR 525 the referring party initially submitted notice of its intention to refer the dispute to adjudication before its request for the appointment of an adjudicator but, critically, elected to revise the notice afterwards. Despite the revised notice being served no more than 18 minutes after the request, the judge stated that “the adjudicator had no jurisdiction to act, as he did, under the second notice … because that notice was not followed but preceded by a request to the nominating body under 2(1)(b) of the Scheme (emphasis added).

Kingstone argued that the Scheme had subsequently been amended to provide, in Paragraph 1(1) of Part I, that notice of adjudication can be given at any time. However, His Honour Judge Halliwell stated that the amendment to Paragraph 1(1) aligns the Scheme with Section 108(2)(a) of the Housing Grants, Construction and Regeneration Act 1996 (“1996 Act”) which provides for construction contracts to enable a party to give notice at any time of its intention to refer a dispute to adjudication. The amendment was intended to eliminate uncertainty and ensure there was no limit on the time for service of the notice rather than to alter or modify the sequence for delivery of the notice of adjudication and the request for appointment. As stipulated by Lord Briggs in Bresco Electrical Services Ltd v Michael J Lonsdale (Electrical) Ltd [2020] UKSC 25 at paragraph 13: “…Parliament chose to confer the right to adjudicate ‘at any time’, so that it can be and is used to resolve disputes eg about final accounts between parties after practical completion, rather than merely at the interim stage”. There is nothing to suggest that the amendment to Paragraph 1(1) might somehow have been intended to alter or modify the sequence in which a party could be expected to serve notice of adjudication and submit its request to the adjudicator or nominating body.

Thus, Mr Jensen was not validly appointed as adjudicator and did not have jurisdiction to make the 27th April Decision.

Alternatively, did Mr Jensen cease to have jurisdiction following the Termination Email?

Moreover, His Honour Judge Halliwell also added at paragraph 40 that “it is obviously good practice for adjudicators to serve notice of resignation on each party and it is difficult to see why adjudicators should be entitled to resign by serving notice on one of the parties only.”

Therefore, the Termination Email did not operate to terminate the adjudication.

A person waives, by election, asserting a substantive right by acting inconsistently with the right when presented with a choice. In Kammins Ballrooms Co Ltd v Zenith Investments (Torquay) Ltd [1971] AC 850, the House of Lords were satisfied that this principle is capable of applying to statutory procedural requirements if imposed solely for the protection or benefit of one party. If a person has knowledge of the facts which give rise in law to alternative rights and acts in a manner which is consistent only with having chosen to rely on one of them, the law holds a person to that choice even though they were unaware that this would be the legal consequence of what they did. The person is sometimes said to have ‘waived’ the alternative rights.

Kingstone claimed that Land End elected to waive the defect by participating in in the adjudication. However, there must be a choice between two alternative rights. Since the Request preceded the Notice of Adjudication, it follows that Lane End was not presented with a choice to cede a right because there could be no adjudication until the Notice of Adjudication was served. Until then, no opportunity could have arisen for Lane End to choose between two alternative courses of action.

Kingstone claimed that Lane End was estopped from challenging the adjudicator’s jurisdiction due to four alternative species of estoppel, namely: promissory estoppel, estoppel by acquiescence, estoppel by representation and estoppel by convention. However, estoppel was not granted for the following reasons:

Mere silence is insufficient. It is necessary to show that Lane End is culpable for knowingly taking advantage of a mistake on the part of Kingstone. His Honour Judge Halliwell stated that there was no substantial evidence that Lane End was aware of Kingstone’s mistaken belief.

It was not possible to infer from Lane End’s conduct a representation that it had somehow released or surrendered any rights it might have had to challenge the Adjudicator’s jurisdiction given the lengths to which it went to reserve its rights to do so. Lane End advanced specific arguments about the Adjudicator’s jurisdiction and, more particularly, the validity of his appointment.

Even if there was a promise, representation or mistaken belief, it would remain necessary for Kingstone to show that it acted to its detriment in reliance upon it, yet there was no evidence to reasonably reach such a conclusion. Kingstone had at all times resisted Lane End’s jurisdictional challenge and continued to do so, regardless of the arguments Lane End deployed in support of the challenge of the adjudication’s jurisdiction.

Kingstone claims that there was a shared assumption that Lane End was not entitled to challenge the Adjudicator’s jurisdiction, yet no evidential basis was disclosed and thus, the defence was denied.

It is peculiar that estoppel by acquiescence was not granted considering Lane End first challenged the adjudicator’s jurisdiction before claiming it was not open for business. Nonetheless, the case demonstrates the specific circumstances required for estoppel to be granted. It is essential for a party seeking to apply estoppel to demonstrate they have relied upon, to their detriment, a promise, representation or mistaken belief.

This case also acts as a stark reminder of how important it is to strictly follow the procedures of the 1996 Act and Scheme. The procedures encourage a fairer regime and streamline the process of adjudication in construction disputes. Whilst it might appear draconian to find an adjudicator without jurisdiction to act if the request for an adjudicator preceded the notice of adjudication, even when the notice and request were sent in the same meeting or 18 minutes apart, the consequences of not complying is the inability to use the substantive right of access to a speedy resolution of a dispute.

When a dispute arises the first reaction may be, and with some reason, to quickly put the adjudication in place. However, parties must vigorously assess the 1996 Act and ensure they comply with the relevant procedures to avoid disappointment, wasted costs and the termination of the adjudicator’s decision.