Home > The duty of full and frank disclosure in worldwide freezing orders and service out applications (Tugushev v Orlov (No. 2))

The duty of full and frank disclosure in worldwide freezing orders and service out applications (Tugushev v Orlov (No. 2)) 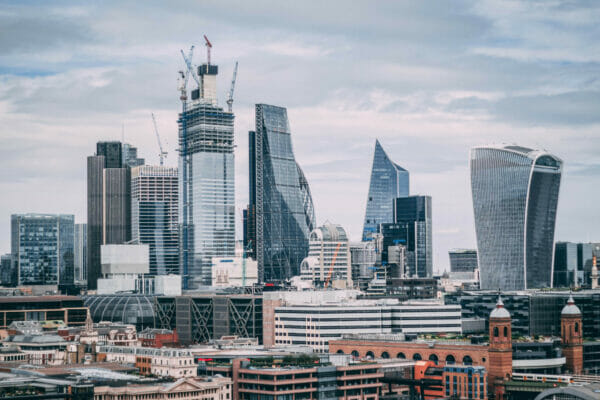 The most recent episode in litigation between two Russian Oligarch involving an application to set aside a World-wide Freezing Order (“WFO”) and permission for service out of jurisdiction (“Service Out Order”) for failures in the duty of full and frank disclosure (“the Full and Frank Duty”).

This article will consider the apparent conflict in recent decision which have suggested that the duty of full and frank disclosure on without notice applications is the same for permission to serve out of jurisdiction as for world-wide freezing orders.

Of interest to practitioners will be:

The decision was in a case that involves a claim between two former business partners in relation to Russian business interests (now commonly referred to as Russian Oligarch claims).  The complex factual background was the murky world of Russian politics and economy – in what other context would an English Judge so readily accept that a criminal conviction resulting in years in prison was based on allegations and a prosecution that was “wholly false”?

The applicant, Mr Tugushev had sought and obtained without notice to the Respondent, Mr Orlov both a WFO and a Service Out Order before Mr Justice Bryan.  It was common ground that Mr Tugushev owed a duty of full and frank disclosure on that application.

Mrs Justice Carr had already determined, in December 2018, the applicable jurisdiction being England and Wales against Mr Orlov (which is subject of a renew application for permission to the Court of Appeal) that meant the Service Out Order was only relevant if the appeal against the jurisdiction decision was successful.

The decision under consideration was in effect an on notice return date on the WFO and Service Out Order previously made without notice.

Mr Orlov applied to set aside both the WFO and the Service Out Order on the basis of Mr Tugushev alleged failure of full and frank disclosure.  Mr Orlov’s case was Mr Tugushev had failed to disclose and fairly represent a range of significant matters, deliberately and due to oversight (and sometime a combination).  Key failures included declarations of financial interests in Russia that Mr Orlov said undermined Mr Tugushev’s position on the substantive claims and Mr Tugushev’s conviction for fraud and abuse of public office including the scope and credibility of the prosecution case against Mr Tugushev which was relevant both to Mr Tugushev’s credibility and the strength of his claims. There were a range of other allegations made by Mr Orlov in relation to compliance with the duty of full and frank disclosure and fair presentation of Mr Orlov’s likely defences at the without notice hearing.

Mr Orlov argued that the material failure warranted discharge of the WFO and Service Out Order and a refusal to re-grant.

Mr Tugushev sought re-grant of both the WFO and the Service out even if there was a material breach relying on the Court’s discretion to re-grant where such grant was in the interests of justice (despite the material failure).

Mr Orlov also raised an issue as to whether the Court could be satisfied that there was any real risk of a dissipation of his assets, which would involve deception of a ‘Big 4’ auditor, a fraud on a major international bank (secured on key assets held by Mr Orlov), and avoiding significant Russian controls on competition – particularly to owners based outside of Russia.

It remains to be seen whether Mr Orlov will apply to the Court of Appeal in respect of the decision on the re-grant of the Service Out Order (in addition, to the jurisdiction decision).

If Mr Orlov does then it may be that the Court of Appeal will use the opportunity to address the apparent conflict in first instance decision as to the scope of the duty of full and frank disclosure: between Tugushev v Orlov (para 8) common to all and MRG Japan (paras 25-26) as varying depending on the nature of the application.

“[25] Materiality therefore depends in every case on the nature of the application and the matters relevant to be known by the judge when hearing it. I was referred to a number of statements on the duty of disclosure in the context of applications for freezing injunctions. In such cases the court is being asked to make an order of an exceptional kind, prohibiting or restricting a defendant’s use of its own assets before any adjudication has been made against it. Because of its draconian nature, it is a jurisdiction which requires great caution and a wide range of factors may have a bearing on the court’s decision.

[26] An application for permission to serve out of the jurisdiction is of a very different nature.”

The answer may be found in the duty of the party and their advocates at Court to consider the draconian effect of each application on a without notice basis and tailor the approach to full and frank disclosure including fair presentation accordingly; regardless of the category of application.  After all, the Court tends to find the duty of full and frank disclosure attenuated, but continuing, where informal notice is given to the respondent to the application; the applicant – and ultimately the Court – must decide how to interprete that duty.

Perhaps, this was all Mrs Justice Carr meant in paragraph 8 of Tugushev v Orlov when she stated:

The views expressed by our Legal Analysis interviewees are not necessarily those of the proprietor.

This article was first published for LexisPSL.