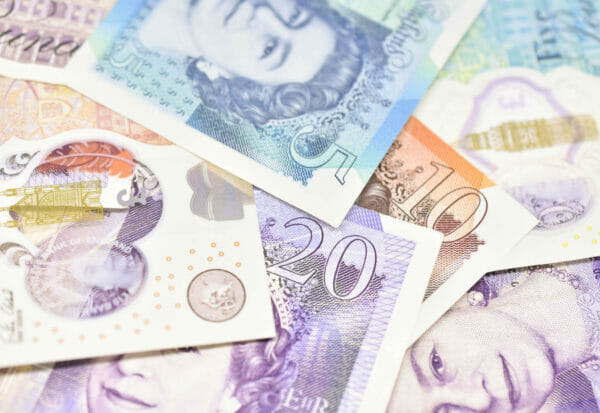 Where is the line between lost profits and lost expenditure? Do awards for wasted expenditure reflect a loss of profits the claimant could have earned by deploying its resources differently, or is it part of the loss of the ‘benefit of the contract’? An innocuous ruling by the High Court has sought to clarify these issues.

The case of Royal Devon NHS v ATOS concerned a contract for the provision of a health records system for the Claimant NHS Trust (‘the Trust’). The contract price was just under £5 million. The Trust was unhappy with the system from the moment it was introduced. Eventually the Trust served a notice of material breach (in respect of the alleged failure by ATOS to remedy the system) and, about a year and a half later, a subsequent termination notice.

The trust claimed for damages in the sum of approximately £7.9 million for breach of contract. The losses represented wasted expenditure consequent on the Trust’s acceptance of the alleged repudiatory breach. ATOS argued as a preliminary issue that such damages are excluded in the contract, and in any event the aggregate liability of all breaches within the relevant period were limited by a limitation clause.

The issue tried before O’Farrell J. was therefore the meaning and effect of relevant limitation clauses. This divided into two sub-issues: 1) whether the losses incurred by the Trust were of the type excluded by the contract, namely claims for ‘loss of revenue or profit’ (‘loss of profit term’), or a claim for ‘wasted expenditure incurred in reliance of anticipated performance’; and 2) whether a term limiting recovery of ‘claims’ (plural) arising after the first 12 months to the contract charges paid in the 12 months prior to ‘that claim’ (singular) is capable of being construed and therefore enforceable.

As to the first issue, the losses reflected, e.g., sums paid to ATOS, costs incurred in purchasing software, costs in hiring IT contractors to implement the system, and costs in reallocating staff to the ATOS project. ATOS argued that the heads of damage represent an estimate of lost revenue due to diverting resources (like capital and employees) to the project. According to this view, the lost revenue is the potential revenue the employees and capital could have produced for the Trust’s benefit if otherwise engaged, simply measured by reference to expenditure. ATOS therefore argued that they were excluded.

In holding against this interpretation, O’Farrell J. characterised the losses as the ‘contractual benefit to which the Trust was entitled and of which it has been deprived by ATOS’s alleged breach’ (para 61). The trust was therefore able to recover them. By contrast, the trust would not be entitled to recover any lost profits that would arise as a result of the new system, nor any revenue savings.

The wasted expenditure therefore represented an estimate of the non-pecuniary benefit of performance, i.e., having a functioning system, not profits or savings that would arise out of the future use of such a system. The alleged breach deprived the Trust of the benefit of performance, quantified by reference to wasted expenditure, and therefore they were not excluded by the loss of profit term (paras 60-63).

As to the second issue, the Trust argued that because the limitation clause purported to limit liability of ‘claims’ to charges paid in the 12 months prior to ‘that claim’, it was incapable of being construed because ‘that claim’, which sets the 12-month period and therefore the liability, is not defined and does not clearly relate to the ‘claims’ at the beginning of the paragraph. Where there are many claims, there could be multiple liability caps (one for each claim) that would clearly go against the idea of capped aggregate damages.

O’Farrell J. held that the term was capable of being enforced, essentially meaning limited liability for all defaults, the level of cap being determined by the timing of the first default. The alternative meaning of multiple caps made no ‘commercial sense’ and such interpretation would make the term ‘devoid of any purpose’ (paras 86-89).

The idea that the software system was not intended or anticipated to produce consequential savings is highly doubtful – the joy one gets from installing software systems is generally not enough for an NHS trust to base their £5m decision on. It is also doubtful as to how far the distinction between ‘commercial contracts’ and ‘non-pecuniary benefits’ carries. Would the loss of a functioning software system have been a ‘non-pecuniary’ loss if the claimant had been a supermarket instead of an NHS trust?

The real distinction in the case seems to be that a contractual benefit is the subject matter of the contract, its loss quantified by reference to things that occurred before the breach, and anticipated profits come after the contract’s performance as a result of the contractual benefit. This is evident from paragraph 64 of the judgment, where O’Farrell J interprets the cases of Aerospace Publishing v Thames Water [2007] EWCA Civ 3; Azzurri Communications v International Telecommunications [2013] EWPCC 17 and Admiral Management Services v Para-Protect Europe [2002] EWHC 233 as being lost revenues because the staff had to be reallocated after a breach had been suffered. If they had already been reallocated at the performance stage, this would not have been a claim for profits measured by wasted expenditure.

The line drawn between loss of ‘expenditure’ and ‘profits’ is an interesting question, and could attract further discussion in future cases.