Home > The Tenant Fees Act: Does it have any teeth?

The Tenant Fees Act: Does it have any teeth? 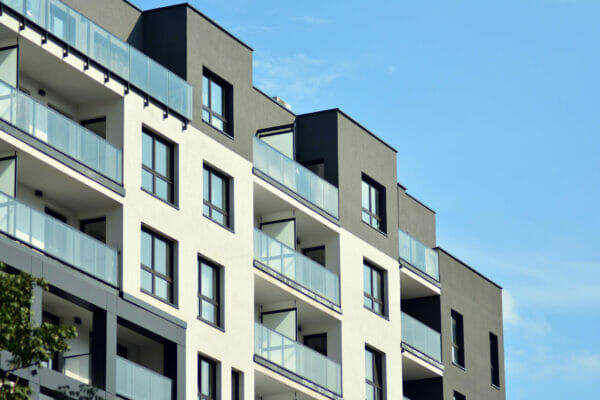 The Tenant Fees Act came into force on 1st June of this year and applies to all ASTs from that date. It was heralded as the end to hidden and arbitrary fees forced upon tenants with little to no bargaining power against landlords and their agents who demanded the charges. But, is anything going to change?

The exhaustive list of payments allowed under the Act are as follows:

The somewhat obvious point to make at the outset is that it is unlikely that costs will in fact reduce for tenants. These prohibited costs are likely to be included in the rent and ironically, just become even more hidden than they were previously. This appears to have started already with well known London letting agents writing to their landlord clients proposing an increase in rent to recoup the agency fees which will now fall to be paid by landlords.

The Act is a slightly peculiar piece of legislation positioning itself as housing law when in fact it is more akin to trading standards regulations or consumer protection. This is reflected in the enforcement mechanisms. Enforcement is through the local trading standards authority which is usually a function carried out by the local authority. District councils can also enforce the rules “if they choose to do so”. However, so far there does not seem to be any mechanism to determine whether a particular district council has “chosen” to take on responsibility for enforcement. Notably, it does not appear that the expectation would be that if a district council takes on responsibility, the local authority will not enforce in a particular area. This may lead to confusion amongst tenants, duplication of efforts and inconsistencies in approach.

The Act makes provision for penalties in the event that the rules are breached. Unsurprisingly, the prohibited payment must be refunded to the tenant. A fine of up to £5,000 may be imposed for the first offence with the possibility of the landlord or agent being added to the “rogues’ register”. The second offence will incur a penalty of up to £30,000, be treated as a criminal offence and may result in a banning order (as introduced under the Housing and Planning Act 2016 whereby a person or company can be banned from acting as an agent or landlord for a minimum period of 12 months). Continuing the theme of the Act being a piece of trading standards regulation rather than housing law, interestingly, both a corporate body and an individual within that body corporate may be fined if it can be shown that a particular individual was the cause of the charge being levied either intentionally or by their negligence.

How these fines will be enforced remains to be seen. There is no guidance on what level of fine should be levied and when. The government guidance on the subject simply says that each enforcement authority should devise their own policy and follow that policy. There are many variables that could influence the level of the fine – how many properties the agent or landlord lets? The amount of money they have charged to the tenant in breach of the rules? Which particular banned fee has been levied? How high the rent on the property is on the basis that the agent and landlord are making a greater profit? But on that basis, poorer tenants in less affluent areas are less protected. This lack of structured, uniform guidance is likely to result in significant disparity between local authorities meaning the protection afforded to tenants (by way of deterrent) will vary by postcode. This is potentially a significant flaw in the legislation particularly where the range for the second offence fine is £25,000 (presuming the starting point would be above £5,000) and enforcement authorities are not being provided with any tools to ensure consistent application of penalties.

Further, the enforcement procedure itself is convoluted. As highlighted above, both the local authority and district council may take enforcement action. If that action is taken, the agent or landlord may appeal either the principle or amount of the fine to the FTT. In addition to the local authority enforcement, ‘relevant person’ (defined as prospective, current or former tenant or guarantor or any person acting on behalf of the tenant) may make an application directly to the First-tier Tribunal for recovery of the prohibited payment. The decision of the FTT is then to be enforced as a county court judgment with all the familiar enforcement options available. The multiple enforcement routes and convoluted venues is likely to create confusion amongst tenants who lack legal knowledge and may result in few taking action to enforce.

There is a further curiosity in the enforcement of the Act in that the tenant only receives the prohibited payment back in contrast to the deposit protection scheme where they receive compensation in addition to the return of their money. On a principled basis, it is the same situation; the agent or landlord have taken control of the tenant’s money. But by the same token it is very different; there is an obligation to protect money which is lawfully taken by way of deposit but the penalty is lower for money unlawfully charged in breach of the Act vis-à-vis the tenant. That is somewhat of an oddity. The answer may be that the penalties for non-protection of deposits are too draconian but that is not an excuse for inconsistency and further supports the proposition that this is a regulatory act with a focus on penalties.

Finally, taking a step back, this legislation will only bite if a tenant reports an agent or landlord who is failing to comply. Now, obviously, some will be more than willing to report breaches and get their money back. However, and without stating the blindingly obvious, tenants live in the rent properties, they are their homes. By reporting their landlord or agent they are potentially souring a relationship on which they rely. Equally, in a market where demand for rented property is nearly outstripping supply, a tenant who wants to rent a particular property may wish to pay the banned fees to secure it.

So, is anything going to change? Yes, but the change is likely to be increased rents and charges being hidden within those higher rents rather than achieving the goal the legislation set out to achieve. For those agents and landlords who do charge prohibited sums, the complicated procedures mean enforcement action may be sporadic and when taken, inconsistent. If you ask me, it all sounds pretty toothless.