Home > The words are mine, and mine alone (or so my lawyer told me)

The words are mine, and mine alone (or so my lawyer told me) 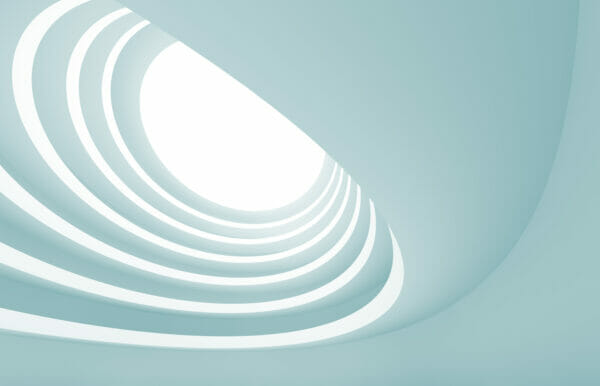 Ah, witness statements. How often in trial have we rolled our eyes as a witness explains that, while the sentiment of a particular paragraph was about right, they wouldn’t have quite put it like that but “the lawyers wrote it” and it was good enough. Even worse are those occasions when a witness has clearly not recently read any of the documents referred to in their statement and is, instead, intent on telling a different story.

The drafters of the Civil Procedure Rules sought to do away with those little nuggets by Practice Direction (PD) 57AC. This introduced new provisions concerning witness statements for trials in the Business and Property Courts (B&PCs) and has applied to all witness statements signed since 6 April 2021.

The provisions of PD 57AC have recently been considered in two TCC decisions, Mansion Place Ltd v Fox Industrial Services Ltd and Blue Manchester Ltd v Bug-Alu Technic Gmbh and another, and that is what I am going to look at today.

Before considering those judgments, it is useful to remind ourselves of some of the key provisions of PD 57AC.

The key elements of PD 57AC and the Statement of Best Practice are as follows:

The sanctions for non-compliance are also not new; they could all have been exercised by a court exercising case management powers. However, the fact that they are now explicitly set out may encourage parties to focus more on the form and content of witness statements in advance of the trial in order to persuade a court to order one of the sanctions, as indeed happened in the cases discussed below.

In both Mansion Place and Blue Manchester, the court was asked to strike out parts of the other party’s witness statements on the basis that they did not comply with the PD.

Both parties’ applications in Mansion Place succeeded. O’Farrell J explained that where a party is concerned that another party has not complied with the PD, it should raise that concern with the other side and attempt to reach agreement on the issue. Where that is not possible, the parties should seek the assistance of the court by application at a time and in a manner that does not cause disruption to trial preparation or unnecessary costs.

While the court welcomed the opportunity to provide guidance on the PD in this case, O’Farrell J stated that it would often be the case that the trial judge was best placed to consider criticisms of witness statements and she hoped that satellite litigation on this issue would be unnecessary; the application in that case had taken a day to be determined, yet the trial of the entire matter was only listed to take three days.

O’Farrell J then considered the challenge made to numerous paragraphs of the witness statements in order to come to a decision as to whether those paragraphs could remain or would be redacted or struck out.

A similar approach was adopted by HHJ Stephen Davies in Blue Manchester. After referring to the approach of O’Farrell J in Mansion House and commenting on the requirements for trial witness statements, in an appendix to his judgment, the judge then commented on each paragraph of the five contested statements.

What does this mean in practice?

There is an obvious concern that the approach adopted in these cases is going to lead to the very satellite litigation that O’Farrell countenanced against. In both cases, the witness statements were reviewed in detail and, in Blue Manchester, the judge commented on them on a paragraph-by-paragraph basis. Where an application is made challenging some or all of a witness statement, there seems little else the court can do. But is this really a good use of the court’s time?

In Blue Manchester, the Judge stated:

“… it is to be hoped that as PD 57AC becomes more familiar to practitioners and as the principles become clearer such heavily contested, time-consuming and expensive applications become the exception rather than the norm. Parties in Business and Property Court [BPC] cases who indulge in unnecessary trench warfare in such cases can expect to be criticised and penalised in costs.”

The difficulty with this statement is that, although the PD is new, the requirements in respect of the content of witness statements are not new and they should not be unfamiliar to experienced lawyers.

Now that the court has given guidance in two cases as to the requirements and how they will be applied, I expect the courts to take a much harder line. In line with both judgments, the courts will likely expect parties to only raise complaints that deal with extensive non-compliance or issues which are pervasive to a large part of the statement.

In the two cases referred to above, only small parts of the various statements were either struck out or required to be redrafted. The court cannot be expected to adopt the same paragraph by paragraph analysis of numerous witness statements in future disputes. It is simply not a good use of the court’s time or resources. As O’Farrell J indicated, it is likely that, if necessary, such matters would be more appropriately resolved by the trial judge, but they ought to be capable of resolution between the parties.

Therefore, while the guidance in these cases is to be welcomed, I suspect parties hoping to make similar applications in the future will soon be given short shrift by the courts. This will be even more so the case if it is apparent that an application challenging the trial witness statement is being used as some form of trench warfare or to raise petty or inconsequential issues with witness statements.