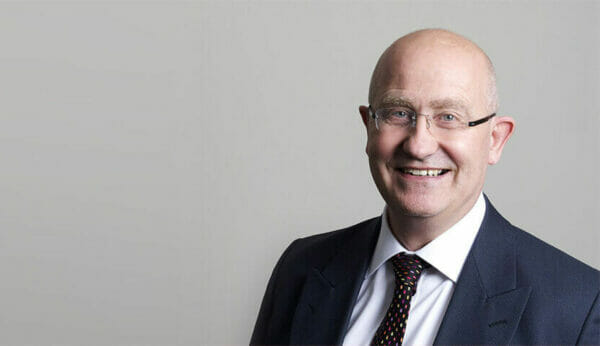 This decision is of great importance to third party funders and those with funded cases.

The Competition Appeal Tribunal (“CAT”) has today (28 October 2019) handed down its decision in the Trucks Cartel claims dealing with the funding of the claims.

Some of the trucks manufacturers submitted that the litigation funding agreements (“LFAs”) entered into by the proposed class representatives – Road Haulage Association Limited and UK Trucks Claim Limited – constituted the provision of financial assistance in relation to the making of the claims  and that the services provided by the funders under the LFAs were therefore “claims management services” within the statutory definition in section 4 Compensation Act 2006. As the payment to the funders would be determined by reference to the award of damages, it was contended that the LFAs therefore satisfied the definition of a Damages Based Agreement (“DBA”) in section 58AA Courts and Legal Services Act 1990. The funders accepted that their LFA would not satisfy the requirements of the Damages Based Agreements Regulations 2013 and that therefore if the LFAs were DBAs then they would be unlawful and unenforceable.  As the CAT said, if the argument that LFAs are DBAs was correct “the implications for litigation funding are stark.”

The suggestion that LFAs might be DBAs and caught by the DBA regulations was not new in that it had been referred to by Prof Rachael Mulheron, one of the leading academics in the field of civil procedure, in an article in 2014, albeit she considered the argument to be wrong. However, the point did not appear to have been argued in any previous case and therefore the outcome of this case was a matter of great interest and possible concern to not only third party funders but all those whose cases were being funded.

In reaching the very welcome decision that LFAs are not DBAs, the CAT considered carefully the history of the statutory provisions, the context of the provisions and the Jackson Report. The CAT summarised its conclusion at paragraph 41:

“… Mr Kirby was therefore correct in his submissions that the reference in s.4(2) read with s.4(3)(a) [Compensation act] to “the provision of financial services or assistance” “in relation to the making of a claim” is to be interpreted as applying  in the context of the management of a claim. … Litigation funders … are engaged in the funding of a claim, not the management of the making of a claim. On that basis, since litigation funders are not engaged in providing “claims management services”, a LFA will not come within the definition of a DBA in s.58AA(s) CLSA.”

Third party funders can now continue to fund claims without fear of this particular point bringing to an end the whole of the third party funding industry.

It is interesting to note that in the review of the DBA Regulations 2013 carried out by Prof. Mulheron and Nicholas Bacon QC and the draft 2019 Regulations published earlier this month, there is an express exclusion of LFAs from the proposed Regulations (see draft regulation 1(4)).  That was clearly always the intention and the CAT has now confirmed that to be the position.

The rest of the judgment of the CAT deals with the adequacy of the funding arrangements so far as own funding and adverse costs liability were concerned. The judgment deals with the obligations and commercial realities of funders that are members of the Association of Litigation Funders (“the ALF”), of which the RHA’s funder, Therium, is a founder member. An ALF member accepts responsibility for compliance by itself and its associated entities with the requirements of ALF membership including the obligation to maintain capacity to meet their funding obligations. The CAT concluded that, in the case of Therium: “it is wholly unrealistic to suppose that a leading litigation funder that is commercially active in this field would not honour these commitments to the Association of which it is a founder member, and thus place at risk the whole regime of self-regulation.” Whilst this comment was made in relation to the adequacy of funding of the claim, it would apply equally to the obligations of a member of ALF to meet adverse costs.

This decision will come as a great relief to third party funders but it should be welcomed by all as third party funding, in the words of the CAT, “facilitates access to justice for those who otherwise may be unable to afford it.”

PJ (leading David Went) appeared on behalf of the Road Haulage Association and Therium in the CAT, instructed by Backhouse Jones and Addleshaw Goddard.