Home > Vulnerable road users in the time of Covid-19

Vulnerable road users in the time of Covid-19 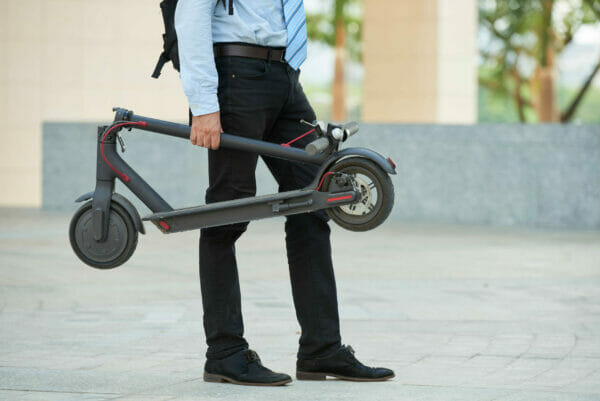 One of the upsides of the Covid-19 pandemic has been that the number of people cycling and walking has increased as a result.

As lawyers, our minds inevitably turn to wondering if this increase in the use of alternative modes of transport will cause a corresponding increase in accidents involving vulnerable road users. This is a category that includes pedestrians, cyclists, mobility scooter riders, horse riders and e-scooter riders.

Prior to 2020, cyclist casualties have remained fairly static since 2009, despite an increase in the number of people cycling. The Government’s 2019 Annual Report: Reported Road Casualties published in September 2020 showed that there were 100 pedal cyclist fatalities on the roads in 2019, which is very similar to the figures in 2009. There has been an 8% increase in the number of pedal cyclists killed or seriously injured in Great Britain between 2009 (4,098) and 2019 (4,433). However, this is partly explained by a 16% increase in pedal cyclists in Great Britain over the same period. More recently, pedal cyclist casualties were on the downturn, with a 4% decrease between 2018 and 2019.

The UK remains a difficult jurisdiction for cyclist claims. Most other European jurisdictions have presumed liability systems, whereas here, a claimant cyclist, like any other claimant involved in a road traffic collision, has to prove on the balance of probabilities that the defendant driver was negligent. One of the common situations for a vehicle/cyclist collision is a collision where the cyclist is on the inside of a left turning vehicle. These were the facts in McGeer v Macintosh [2017] EWCA Civ 79 where the claimant cyclist sustained severe injuries while travelling on the inside of an indicating HGV which was turning left at traffic lights while straddling two lanes. The HGV driver was found liable because he failed to carry out a check in his near side mirror before moving off and he was aware of the risks of undertaking cyclists, especially when he was straddling two lanes which could give a misleading impression. The claimant cyclist was found to be 30% contributorily negligent and that decision was upheld on appeal. The causative potency of the HGV was an important factor in determining the relative proportions of liability because its size and bulk were such that it posed a very serious danger to a cyclist in the claimant’s position. This case demonstrates that when a split of liability is being considered, the fact that one of the parties is a vulnerable road user will usually be relevant to liability and contribution.

Most of us will have noticed an increase in e-scooters being used on the roads, cycle lanes or pavements. What is believed to be the first death of an e-scooter rider in the UK occurred in July 2019 when TV presenter Emily Hartridge was sadly killed. She lost control after riding her e-scooter over an inspector hatch in the cycle lane and fell into the path of a lorry. At the Inquest in September 2020 the Coroner found that Ms Hartridge lost control because the e-scooter was being unsuitably driven too fast and that one of the tyres was under-inflated.

Since July 2020 rental e-scooters have been allowed on roads and cycle lanes, although such rental schemes have been slow to start up. The majority of e-scooters in use in England are privately owned. Consequently, accidents where a pedestrian or another road user is injured by an uninsured e-scooter rider will likely result in an insurance desert. This financial disincentive to bring claims will likely have a knock-on effect on reported decisions involving e-scooter riders. While we wait for such claims to filter through, I anticipate that e-scooter collisions will probably be determined along the same lines as cyclists.

Lack of insurance did not stop the pedestrian claimant in Brushett v Hazeldean from bringing her personal injury claim in 2019 against an uninsured defendant cyclist*. In a case which divided popular opinion, the Judge hearing the claim determined that the defendant cyclist was liable to the pedestrian claimant that he hit while she was crossing a road, while she bore 50% of the liability. The evidence was that the cyclist saw the claimant crossing, sounded his airhorn but then accelerated. The Judge found that the claimant was looking at her phone as she was walking, but when she heard the cyclist’s horn she reacted by moving backwards. Contrary to the headlines, this decision does not appear to create any new principle of liability. Cyclists owe a duty of care to other road users and the claimant was established crossing the road. The result is likely to have been different if the pedestrian had just stepped off the kerb in front of the cyclist. But as she was established on the road the cyclist should have given way to her and taken
into account that pedestrians can react unpredictably.

Likewise, the finding of contributory negligence inevitably followed if the claimant was not paying attention to her surroundings. Of course, pedestrians also owe a duty of care to other road users. This is particularly so when a pedestrian steps off the kerb of a pavement into the carriageway. The Highway Code sets out the standard of the reasonably careful pedestrian as well as other road users. There are even a few reported cases where the pedestrian has been found liable for a collision with a motorbike (see Eames v Cunningham and Capps).

If there is an increase in accidents involving vulnerable road users in 2020, some comfort can be drawn from the fact that the Civil Liability Act 2018 excludes vulnerable road users such as cyclists, motorcyclists, pedestrians and horse riders from the reforms (which are yet to come into force). Hopefully the increase in the Small Claims Track limit to £5,000 for RTA related PI claims will follow suit, but like most things in 2020, we will have to wait and see if that actually happens.

* Go to www.clinicalnegligencebarrister.wordpress.com where Counsel for the Claimant, Aneurin Moloney of Hardwicke, sets out the facts.

This article was written by Jasmine Murphy. First published in the Autumn 2020 issue of The Mass Insight Magazine. Click here to download the article in PDF format.