Home > What’s the use of a property guardian?

What’s the use of a property guardian? 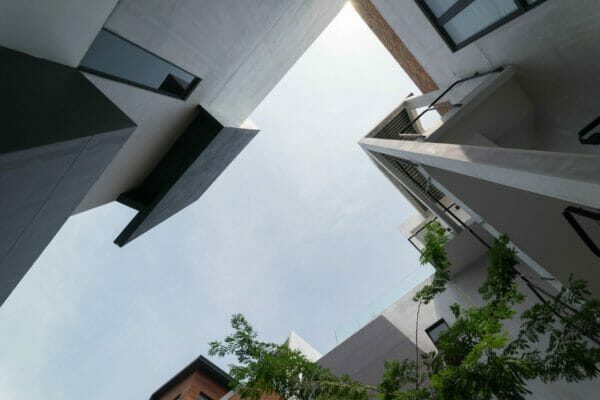 “What’s the use of a property guardian?”  While that might be a potentially facetious question in the mouth of a person who has no experience of property guardians, it was also the question which was decided recently in the interesting Upper Tribunal (Lands Chamber) decision of Martin Rodger QC, Deputy Chamber President, in Global 100 Limited v Carlos Jimenez & Ors [2022] UKUT 50 (LC).  In that case, however, the question was not facetious but, rather, a serious legal one which determined the outcome of the dispute.

For those who have not come across the concept before, the Court of Appeal described a property guardian in London Borough of Southwark v. Ludgate House Ltd [2020] EWCA Civ 1637 as “a private individual who…occupies vacant premises under a temporary contractual licence until the owner requires it for redevelopment.  The agreement provides the guardian with accommodation at a lower cost than in the conventional residential letting market … and it provides the building owner with some protection against squatters …”.  The issue in that case was whether the guardians were in rateable occupation for the purposes of liability for national non-domestic rates (and the Court of Appeal decided they were not).

G100L had been to the Court of Appeal before on an issue relating to the agreements between G100L and their guardians.  In Global 100 Limited v. Laleva [2021] EWCA Civ 1835 it was held that the nature of the agreements ‘was the provision of the guardian services’ and that the guardians were akin to service occupiers in that ‘it was necessary for the provision of the guardian services that Ms Laleva should occupy the property’.  The terms of the agreements in that case and the instant one were the same: in particular clause 4 headed ‘Use of the Property’ requiring the guardians to sleep at the accommodation not less than 5 days a week, to ensure that a guardian was present for at least 1 hour in 24, to share the occupation with others, to advise G100L immediately they were aware of any risk of damage to the accommodation or of any person attempting to gain access to it without G100L’s permission.

Back to the particular facts of the instant case.  The former Addison Lee building is a five-storey office block in London’s Euston.  Mr Jimenez and two others (‘the Guardians’) had lived on its third floor from June to December 2020 and had paid some £6,000-odd in rent.  The First-tier tribunal found that the building was a house in multiple occupation (‘HMO’) and, because it was it was not licensed, an offence had been committed leading to a rent repayment order under the Housing and Planning Act 2016. Global 100 Limited (‘G100L’) appealed.

Ultimately, the question was whether the accommodation occupied by the guardians satisfied the ‘standard’ test for being an HMO in section 254(2) of the Housing Act 2004.  The standard test would be satisfied if (in short) (1) the accommodation consisted of one or more units not consisting of a self-contained flat, (2) it was occupied by people not forming a single household, (3) it was occupied by them as their only or main residence, (4) at least one was paying rent, (5) basic amenities were shared (or missing) and (6) “their occupation of the living accommodation constitutes the only use of that accommodation”.

There was no dispute about (1) to (5) above, but G100L argued that (6) (which sets out the precise terms of s. 254(2)(d)) was not satisfied.  G100L’s argument was, in short, that the Guardians occupation was not the “only use” of the accommodation: another use being their provision of guardianship services pursuant to their duties under the agreements with G100L as set out above.  So: use one (residential occupation) and use two (provision of guardian services).

The argument (and hence the appeal) failed for three reasons:

First, the Upper Tribunal did not think that the status of the property (HMO or not) was necessarily to be decided by the terms of the agreement between the guardians and G100L (in contrast to the Ludgate House and Laleva cases where the issue was the status of the occupant); particularly in circumstances where the statutory regime was for the protection of the general public rather than particular occupants.  Mr Rodger QC did not think it followed that a finding in an earlier case that the provision of guardianship services was a purpose of the agreement meant that they were therefore a use (or an additional use) of the property in which they were provided.

Secondly, the agreements only permitted a single use in any event: residential occupation (as opposed to businesses or meetings).

Cases are always decided on their facts.  It is important to remember that cases may also be decided on their statutory context.  In this case, a “purposive” argument failed.  Does this spell the end of guardians in properties that are not licensed as HMOs, or does it mean that guardians will find themselves tasked with further services which can properly give rise to an additional use?  Time will tell.