Home > When the Part 36 offer means you’re caught between a rock and a hard place: MRA v The Education Fellowship Limited (2022)

When the Part 36 offer means you’re caught between a rock and a hard place: MRA v The Education Fellowship Limited (2022) 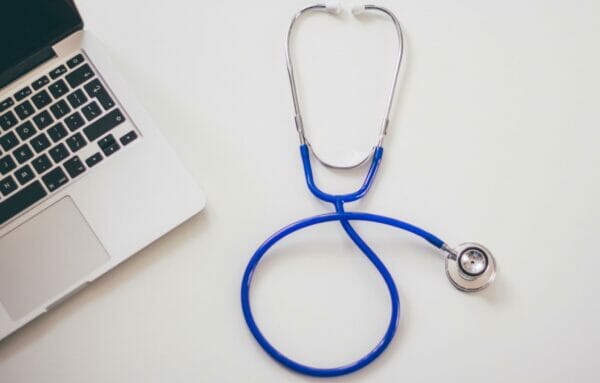 It’s a dilemma which faces claimant solicitors acting for minors or protected parties almost every day.  The defendant makes an early Part 36 offer and because the medical evidence is not yet finalised (possibly not even commenced!) the solicitors cannot recommend acceptance to the client/litigation friend and certainly cannot place an Opinion before a judge at an Approval Hearing recommending acceptance of the settlement figure.

This was precisely the situation in MRA v The Education Fellowship Limited [2022] EWHC 1069 (QB) a decision last month by Judge McCloud in her capacity as QB Master.  This is a decision which has quite properly garnered much comment because it is a dilemma that many solicitors have found themselves in.

C brought a claim for personal injury as a consequence of historic child abuse by a teacher employed by D. The teacher was prosecuted and sentenced to prison.

In January 2018 D made a P36 offer of £80,000. C’s solicitors considered they could not recommend acceptance of that offer at that time because they did not have adequate medical evidence.

In April 2020 (two years plus later) the claimant accepted the offer out of time, and the claimant’s legal team felt they could then recommend acceptance at the approval hearing. The parties had not reached agreement as to the cost consequences following the expiry of the relevant period in February 2018, and so the matter came before the court to determine.

As is no doubt burned into your frontal lobe, CPR Rule 36.13(1)-(6) confirms that the offeree must pay the offeror’s costs for the period after the expiry of the relevant offer period, unless it would be unjust to make such an order.

The mandatory factors to be taken into account are listed in CPR 36.17(5), and in addition the court must take into account ‘all the circumstances of the case’.   The factors include:

The burden is therefore on the claimant to show that the usual order for costs would be unjust. That is a high hurdle to surmount, and certainly much higher than – for example – the simple ‘balance of prejudice’ test. The Master described it as ‘a heavy burden’.

A specific additional factor, given the nature of this case, was that if the ‘usual’ order for the D’s costs were to be made, C’s damages would be depleted as a consequence.

C argued that because there were acknowledged uncertainties about the Claimant’s prognosis it was not possible for C to advise the litigation friend if the offer should be accepted or to seek to persuade the court to approve the settlement. The decision to decline to accept the offer in 2018 was reasonable, as was the decision to accept in 2020.  The do otherwise would have been unreasonable, and may have even left the solicitors vulnerable to challenge in professional negligence action at a later stage.

A request by C in February 2018 asking for relevant period to be extended was unacknowledged by D.

D argued that the issue before the court as not the reasonableness or otherwise of C’s decision-making process; the issue was whether it was unjust to apply the usual cost consequences

D pointed to the fact this was a claim then limited to £100,000 and the offer of £80,000 was a very high percentage of the maximum claim (note: the limit on the claim form is indicative of value, it is not the maximum sum that can be awarded).

D was therefore making a generous offer on the basis of the medical evidence and – as it later transpired – the offer was indeed a fair estimate of the true value of the claim. D argued that while the court may well have sympathy for the claimant, the decision to be made was on the basis of interpretation of the Rule.

D also argued that uncertainty of prognosis was not held to be sufficient to make the usual order unjust, as this would have potential consequence of delaying settlements in many cases for claimants to wait for a high degree of clarity – this would defeat one of the purposes of the Part 36 costs regime. Uncertainty of prognosis is a common feature of personal injury cases, including those where the courts are required to approve awards.

Judge McCloud agreed the fact C’s damages may/will be reduced is not unjust within the meaning of the Rule.  Insofar as safeguards are required, that is the role of detailed assessment. It would not be beneficial to claimants or the courts to effectively discourage insurers from making generous offers to resolve cases at early stages, which the effect of offering no or limited costs protection would in effect mean.

The case is the application of a Rule designed to give certainty of outcome, comes up against a hard case. MRA confirms that:

It seems unlikely this decision will be the final word on this difficult topic.

One issue which the judgement did not engage with is the fact that a Defendant can only set off its costs in circumstances where there has been a judgment or order for damages. As this is necessary in every case where there is a minor or protected party, this was said to have a potentially discriminatory impact on these parties.  Age and Disability are both protected characteristics under the DDA 1995 and the EA 2010.

It would also seem unarguable that when considering whether or not to approve a settlement, the court must take into account regard how much the protected party will actually receive after any deductions.

Many will ask – what were the claimant’s options when faced with an offer which was potentially a good one but at a stage where the lawyers felt they could not recommend resolution?  One option possible was to ask the other party, and ultimately the court for a stay. A case I was involved in some time ago, the parties agreed a stay for almost five years until the child reached skeletal maturity to see to what extent they were able to manage the serious disability.

However, it is arguable that the Judge could have interpreted the various factors differently, and had she done so, the outcome may well have been different –

The court however did look at the material available to the claimant at the point where the P36 offer was made. The Judge noted that the medical evidence in 2018 was ‘bleak’ and any likely change would be for improvement with ‘possible scope’ for deterioration.

While prognosis was – to some extent – uncertain, the parties knew the diagnosis. The absence of a diagnosis at the date of the P36 offer, may well lead to a different decision on whether the outcome would be unjust, and was therefore distinct from the situation in SG v Hewitt [2012] EWCA Civ 1053, concerning injuries to a six-year-old child.

Therefore, uncertainty as to prognosis will rarely if ever be sufficient to displace the normal rule and enable the claimant to show that it would be unjust to displace the usual rule as to costs.

Conversely, uncertainty as to diagnosis may well be sufficient; although the CA in SG v Hewitt were anxious to stress that it was a decision confined to its facts.

What can practitioners do in a similar situation?

The decision may be found here.