Home > Whose claim is it anyway? Henderson abuse, unfair prejudice petitions and claims accruing to a company

Whose claim is it anyway? Henderson abuse, unfair prejudice petitions and claims accruing to a company 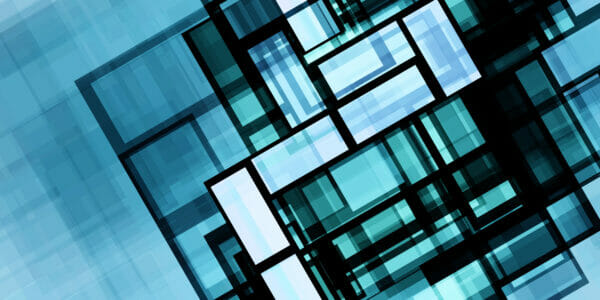 The Appellant (the ‘Company’) was established in 2011 to take over the solicitors’ practice which the First Respondent (‘Mr Taylor’) had been carrying on in partnership with Mr Goodchild. Mr Taylor and Mr Goodchild were the Company’s only directors and each held 50 of the 100 issued shares.

In late 2016, Mr Goodchild and Mr Taylor agreed in principle that each should go his own way.  Notwithstanding that numerous important matters remained unresolved, Mr Taylor set up the Second Respondent (‘STL’).

In November 2017, Mr Goodchild presented a petition under section 994 of the Companies Act 2006, alleging that the affairs of the Company had been conducted in a manner that was unfairly prejudicial to his interests as shareholder.

By a judgment of 20 July 2018, Barling J reached the “firm conclusion” that the allegations of unfair prejudice had been made out: there had been no more than an agreement in principle that the former partners would go their own ways. Accordingly, Mr Taylor’s actions were “the clearest possible breach of directors’ fiduciary and statutory duties.”

Given that Mr Goodchild and Mr Taylor had agreed that Mr Goodchild should retain the Company, subject to purchasing Mr Taylor’s shares at a fair valuation, Baring J made an order to that effect.  Importantly, when calculating the shares’ fair value, Barling J relied on an expert report which did not account for Mr Taylor’s outstanding loans from the Company, or the work in progress and unbilled costs he had taken to his new firm, STL.

The present proceedings were issued in April 2019 by the Company, by then in the sole ownership of Mr Goodchild. It claimed against Mr Taylor and STL and sought: (i) payment by Mr Taylor of £229,431.43 as the sum outstanding on his loan account (“the Loan Account Claim”); (ii) relief as against STL in respect of sums received for work which the Company had undertaken on files taken by Mr Taylor (“the WIP Claim”); (iii) an account for profits attributable to work which STL carried out when Mr Taylor was still a director of the Company and on the files which Mr Taylor took (“the Account of Profits Claim”).

In July 2019, Mr Taylor and STL applied for the particulars of claim to be struck out on the basis of res judicata, or the principle in Henderson v Henderson (1843) 3 Hare 100 (‘Henderson’).

Snowden J held that the Loan Account Claim must be allowed to proceed.  The WIP and Account of Profits Claims, however, were struck out on the basis that they constituted an abuse of process under the principle in Henderson.

The Company appealed against the decision to strike-out those two Claims.

Newey LJ, with whom Sir Nigel Davis and Moylan LJ agreed, began with Lord Bingham’s explanation of the Henderson principle in Johnson v Gore Wood & Co [2002] 2 AC 1 (cited at [23]) that, although it is distinct from cause of action estoppel and issue estoppel, the underlying public interest is the same: finality in litigation, reinforced by a current emphasis on efficiency and economy in the conduct of litigation. Hence:

“The bringing of a claim or the raising of a defence in later proceedings may, without more, amount to abuse if the court is satisfied (the onus being on the party alleging abuse) that the claim or defence should have been raised in the earlier proceedings if it was to be raised at all. It is, however, wrong to hold that because a matter could have been raised in earlier proceedings it should have been, so as to render the raising of it in later proceedings necessarily abusive. That is to adopt too dogmatic an approach to what should in my opinion be a broad, merits-based judgment which takes account of the public and private interests involved and also takes account of all the facts of the case, focusing attention on the crucial question whether, in all the circumstances, a party is misusing or abusing the process of the court by seeking to raise before it the issue which could have been raised before.”

Newey LJ then considered the other authorities, noting that it will often be crucial to disclose the possibility of future litigation at the case management stage of the earlier litigation. In Aldi Stores Ltd v WSP Group plc [2007] EWCA Civ 1260 (cited at [26]), Thomas LJ mandated that, where parties are faced with the issue of wishing to pursue other proceedings whilst reserving a right in existing proceedings, the matter “must be referred to the court seised of the existing proceedings.” Such referral would be in the interests of the parties, but would also further the efficient use of court resources.  Importantly, Thomas LJ concluded that “there can be no excuse for failure to do so.”

It was not disputed that – as a matter of principle – the court in the earlier unfair prejudice proceedings had jurisdiction to grant the relief now sought by the Company. Whilst Snowden J reasoned that, because Mr Goodchild could have petitioned for such relief on behalf of the Company, the present claim was necessarily abusive, Newey LJ held that, in light of the authorities, it is “not always abusive to raise later a claim that could have been put forward earlier.”

In the circumstances of the present case, Newey LJ considered that there was “no suggestion that a petitioner applying under section 994 of the 2006 Act who alleges that a respondent has breached his duties to the company normally includes in the relief he seeks an order compensating the company for the misconduct.”  Moreover, the WIP and Account of Profits Claims were properly those of the Company, as the person to whom the liabilities are said to be owed.  On this matter, Newey LJ found it “difficult to understand” how it could have been right for any credit to accrue to Mr Goodchild rather than the Company.

Accordingly, the authorities showed that a shareholder petitioning under s.994 for relief on the Company’s behalf, in respect of a director’s misconduct (rather than mismanagement) is “very questionable.”  Derivative claims will likely be preferable.  In addition, bringing those Claims within the unfair prejudice proceedings would have required the joinder of an additional party, STL, which would have complicated and delayed the proceedings in other ways.

Newey LJ also recognised that Snowden J attached “considerable importance” to a failure to adhere to the Aldi guidelines. In Snowden J’s view, it was “imperative” that any intention that the Company bring the WIP and Account of Profits Claims should be spelled out to Barling J and there could be “no excuse” for Mr Goodchild’s failure to do so.   Newey LJ, on the other hand, considered that, given the case management decisions made in the case, both before during the course of trial, it was unlikely that Barling J would have resolved the WIP and Account of Profits Claims if Mr Goodchild had notified the Court of his intention to bring proceedings in respect of those claims.  In declining to allow further questions to be put to the parties’ joint expert on valuing Mr Taylor’s shareholding, given the disproportionate expense and delay, Barling J had clearly expressed the view that he fully accepted that certain matters would remain unresolved between the parties.  Accordingly, Newey LJ did not consider that Barling J would have taken any different approach to the WIP or Account of Profits claims had they been raised.  Rather, it would have made more sense for Barling J to reserve these matters for future determination.  Newey LJ therefore did not consider the submissions based on failure to comply with the Aldi principles to be sustainable.

Accordingly, Newey LJ concluded that Snowden J had arrived at the wrong conclusion.  The matters to which Snowden J referred did not warrant the striking-out of the WIP and Account of Profits claims.  Newey LJ therefore allowed the appeal.

This case raises many noteworthy points.

First it is reminder that, simply because a claim could have been brought in earlier proceedings, failure to do so will not necessarily amount to an abuse of process, warranting strike-out under Henderson.  As Lord Bingham explained in Johnson, the key question is whether, in all the circumstances, a party is misusing or abusing the process of the court.  That question is to be answered taking a “broad, merits-based judgment which takes account of the public and private interests involved”, as well as the facts of the case, in an approach that is not “too dogmatic.”

Second, the case firmly demonstrates that companies and shareholders are distinct persons.  Notwithstanding the broad discretion conferred by s 996 of the Companies Act 2006 to grant relief in an unfair prejudice petition, the fact that a court may grant relief in respect of obligations properly owed to a company (or a shareholder in a derivative action) in the context of an unfair prejudice claim, the legitimacy of seeking such relief in the context of allegations of directors’ misconduct is “highly questionable.”  Hence, in the words of Sir Nigel Davis, in a short concurring judgment: simply because a claimant could have sought to introduce claims on the company’s behalf in an unfair prejudice claim, for the purpose of Henderson abuse, the real question is whether a claimant “should” have done so.

Third, as a matter of law, failure to comply with the Aldi principles and inform the court of an intention to bring subsequent proceedings will not, without more, render bringing those later proceedings abusive; at least, not in the context of unfair prejudice proceedings.  As Sir Nigel Davis recognised, Barling J was unlikely to have determined the WIP and Account of Profits Claims, even if they had been disclosed to the Court.  More importantly, however, Sir Nigel Davis expressly stated that: “there is no rule of law that a failure to draw attention to the prospect of further proceedings as proposed in Aldi will always render such further proceedings an abuse of process. The position still requires assessment on the overall circumstances and merits in each case. In any event, it may be queried if the decision in Aldi had in mind the rather special position relating to s.994 Petitions.”