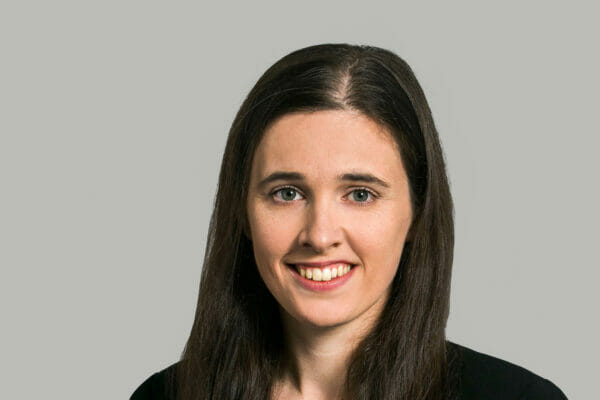 In Woodger v Hallas [2022] EWHC 1561 (QB), Mr Justice Knowles heard the Defendant’s appeal regarding the issue of ‘substantial injustice’. Section 57(2) of the Criminal Justice and Courts Act 2015 provides that “the court must dismiss the primary claim, unless it is satisfied that the claimant would suffer substantial injustice if the claim were dismissed.” Mr Justice Knowles previously decided the appeal in the key Fundamental Dishonesty case of London Organising Committee of the Olympic and Paralympic Committee Games v Sinfield [2018] EWHC 51.

The Claimant was a front seat passenger in a vehicle driven by the Defendant, which was involved in a road traffic accident in July 2014. Liability for the accident was admitted by the Defendant’s insurers in June 2016.

It was agreed the Claimant sustained serious injuries, including a compression fracture of the fourth thoracic vertebra, a minimally displaced open book fracture of the pelvis, a fracture of the scapula and of the upper left ribs, with a minor pneumothorax. Those injuries, which resulted in a substantial disability in the early stages, gradually improved over the first 6-12 months.

The Claimant complained that his right hip caused him continuing problems, describing pain and limitation of movement in the right hip which continued to be debilitating in terms of his daily activities, especially his ability to undertake his pre-accident work on motor vehicles. Surveillance commissioned by the Defendant showed, on a number of occasions, the Claimant moving freely and working on and under motor vehicles.

Part of the Claimant’s case was that he had done some post-accident unpaid work with NRCS. A statement to that effect was taken by the Claimant’s solicitors from Mr Godfrey of NRCS, but Mr Godfrey declined to sign it because it was untrue. The Claimant had been paid.

The Schedule of Loss claimed past losses including loss of earnings at £66,000, care and assistance, travel expenses and damage to clothing and footwear. Future losses included loss of earnings at £481,000, care, treatment costs and DIY and maintenance along with an unquantified pension loss claim. The full Schedule of Loss was maintained until the disclosure of the surveillance evidence.

HHJ Godsmark QC found the various heads of damages which were pursued at trial were proved at £74,460. However, he found the Claimant was fundamentally dishonest. The Judge found the Claimant had sought to exaggerate the effects of his injury and had concealed income which he had received from working. The loss of earnings element of the claim had been over a half a million pounds; this was the bulk of the claim.

HHJ Godsmark QC found the Claimant would suffer substantial injustice if he dismissed the claim. There were elements of the claim which remained sound and uncontaminated by his findings on the issue of earnings. The injuries were serious and had a continuing effect. Also, there was a care and assistance claim on behalf of “innocent parties who selflessly gave their time, care and generosity…”.

The Judge dismissed the aspects which were founded on the lack of earnings capacity, and therefore awarded judgment in the sum of £49,415.

The Defendant appealed on two grounds:

Mr Justice Knowles found HHJ Godsmark QC was wrong not to have dismissed the claim once he had rightly found the Claimant had been fundamentally dishonest, and there was no proper or adequate basis for the finding it would be substantially unjust to dismiss the entire claim.

Mr Justice Knowles reiterated what he said in Sinfield (para. 65), namely that substantial injustice must mean something more than the Claimant losing their genuine damages. He found that HHJ Godsmark QC’s expressed reasons – that part of the claim was genuine and that innocent others had provided past care – were not sufficient. The first reason was in conflict with the purpose of s57. That section only comes into play where the Claimant is genuinely entitled to some damages, so in every case of fundamental dishonesty the Claimant will stand to lose their genuine damages. The second reason was difficult to reconcile with s57(2), which makes it clear that it must be the Claimant, not anybody else, who would suffer substantial injustice.

Mr Justice Knowles followed the approach to the question of substantial injustice taken by HHJ Sephton QC (sitting as a High Court Judge) in Iddon v Warner [2021] Lexis Citation 39. HHJ Sephton QC had balanced on the one hand the nature and extent of Mrs Iddon’s dishonesty and, on the other hand, the injustice to her of dismissing her whole claim. HHJ Sephton QC had decided the former outweighed the latter.

In the present case, Mr Justice Knowles found the sustained nature of the Claimant’s dishonesty, the length of time for which it was sustained and his involvement of others all made his dishonesty so serious it would have outweighed any injustice to him.

Mr Justice Knowles dismissed the claim under s57(2) on the grounds of fundamental dishonesty, therefore the appeal relating to the costs order fell away. The appropriate figure for the purposes of s57(4) was the Judge’s initial figure of £74,460, and that was the correct figure to be deducted from any costs award against the Claimant, pursuant to s57(5).

This judgment also provides a useful summary of key fundamental dishonesty decisions, so it is well worth a read as a refresher.