Home > You, Again?! Acting Against a Former Opponent and the Duty of Confidentiality

You, Again?! Acting Against a Former Opponent and the Duty of Confidentiality 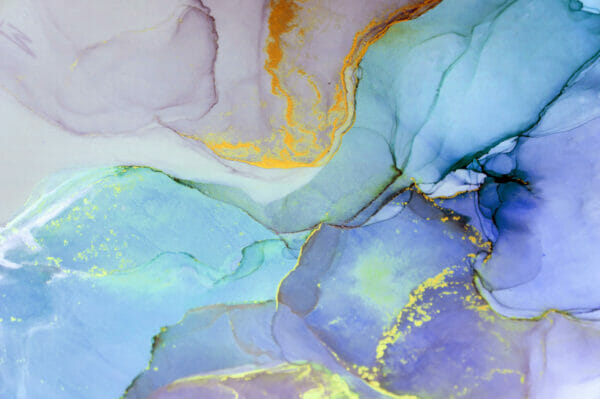 The Appellants (‘Glencairn’) were sister companies which make and sell glassware according to designs protected by intellectual property rights.  In September 2018, Glencairn commenced two separate sets of legal proceedings for alleged infringements of its UK registered design.  Both defendants were represented by the same solicitors; a small, specialist IP firm (‘Virtuoso’)

The present action, against the Respondents (‘Final Touch’), was the second of these proceedings.   Pre-action letters were sent on 25 September, and the lead solicitor from Virtuoso for both Respondents was one Mr Partington.  A claim form was ultimately issued on 9 November 2018 for infringement of the registered design, infringement of an EU trade mark, and for passing off.

The first action, against a company (‘Dartington’), had settled shortly after a mediation that took place on 11 December 2018.  The mediation agreement was signed by Mr Partington as lead solicitor from Virtuoso.  Mr Partington and two others from Virtuoso, as participants in the mediation, also signed a separate declaration undertaking to keep all information disclosed at the mediation confidential. The matter did not settle at the mediation itself but a settlement agreement was subsequently entered into by Glencairn and Dartington, and annexed to a Tomlin Order dated 8 January 2019.

The Conflict of Interest

By the time of the mediation, Virtuoso had taken the view that it would not be appropriate for any member of the team working on the Dartington proceedings to be involved in the Final Touch litigation.  The Final Touch team was therefore taken over by one Ms Ward, then the principal of Virtuoso, assisted by two other solicitors. On the day of the mediation Virtuoso set up an information barrier between the two teams.

The key issue below was whether the principles established in Prince Jefri Bolkiah v KPMG [1999] 2 AC 222 should be applied to the present case.  In Bolkiah, the defendant, KPMG, had acted for Prince Jefri in a capacity comparable to solicitors in a first set of legal proceedings, then ceased to act.  KPMG was then instructed by a third party in a second set of proceedings against Prince Jefri. Lord Millett, with whom the other members of the House of Lords agreed, concluded that a former solicitor comes under a strict duty to keep his former client’s information confidential because it has come to him in a fiduciary relationship of trust and confidence.  Although that fiduciary relationship comes to an end with the termination of the retainer, a former solicitor cannot subsequently act against his former client unless the solicitor can discharge the burden of proof upon him to show there is no risk of disclosure of the confidential information.

In the present case, HHJ Hacon (‘the Judge’) considered that the Bolkiah jurisdiction did not apply, and accordingly concluded that the burden of proof was on Glencairn to show that there was a risk of misuse of privileged confidential information and of prejudice to Glencairn.

Permission to appeal was granted on two issues, of which this article focusses on the first and substantive ground of appeal: that the Judge erred in not applying the Bolkiah test to the present situation and, had he done so, he would inevitably have concluded Glencairn was entitled to the order it sought.

Flaux LJ, with whom David Richards and Arnold LJJ agreed, noted that the present circumstances were different to those of Bolkiah: Virtuoso had never acted for Glencairn, but for Dartington in litigation against Glencairn in circumstances where confidential information had emerged at mediation and in settlement discussions.

Accordingly, Flaux LJ was unable to accept Glencairn’s submissions that the Bolkiah jurisdiction should apply.  He considered it was a fallacy to equate the positions of solicitors who had formerly acted against (‘former opponent cases’) and who had formerly acted for (‘former client cases’) the applicant. What was important in the present appeal was that, there was no fiduciary relationship between the parties, the courts had not applied the Bolkiah jurisdiction but, rather the general law of confidentiality.  That the solicitor may have assumed an express obligation of confidentiality was not sufficient to justify the application of Bolkiah  in former opponent cases.  Accordingly, the appropriate remedy was usually not an injunction to restrain the solicitor from acting, but an injunction to restrain use of the confidential or privileged information.  The appeal was therefore dismissed.

This case provides important guidance for solicitors, especially those working in a niche field of practice where the market for specialised legal services is necessarily smaller.  It confirms that the fact that a firm has previously acted against a party does not attract a strict duty of confidentiality which, absent consent of the party concerned which is unlikely to be forthcoming, would preclude the firm from acting in subsequent cases.  Firms should, however, ensure that appropriate steps within the firm are taken to ensure there is no risk of disclosure between the individual solicitors acting on the two matters.