Home > You Can’t Always Get What You Want: Defending Applications For Interim Payments

You Can’t Always Get What You Want: Defending Applications For Interim Payments 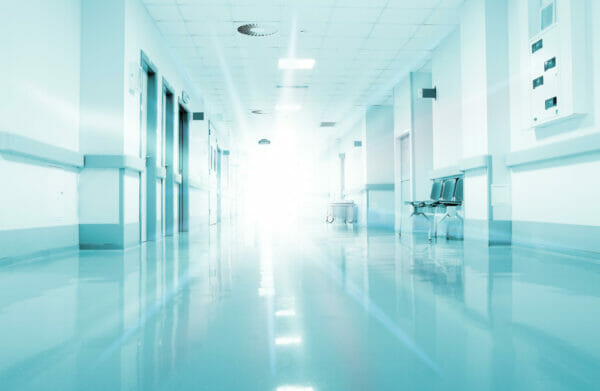 Interim payment applications are often the battleground for pre-trial skirmishes, the warm-up before the main event. Recent cases have identified some successful arguments made by defendants in disputed IP applications and particularly the evidence needed by a defendant if they wish to successfully challenge an application.

In the majority of cases the reason for disputing an interim payment application are either that the claimant is unlikely to recover a substantial amount of money or the amount sought by way of interim payment is higher than a reasonable proportion of the likely amount of final judgment.

In Test Claimants in FII Group Litigation v Revenue & Customs Comrs (No. 2) [2012] EWCA Civ 57 the Court of Appeal gave guidance as to the test in CPR 25.7(1)(c) “…if the claim went to trial, the claimant would obtain judgment for a substantial sum of money…” It held that this means that the court must be satisfied that if the claim were to go to trial then, on the material before it at the time of the interim payment application, the claimant would actually succeed in his claim and would also obtain a substantial amount of money.  The court has to be so satisfied on the civil standard of proof – the balance of probabilities.

The Court decides the application on the evidence before it. Therefore if a defendant wishes to successfully argue that the £1M claim is really only worth tuppence, some evidence will be needed rather than just an attack on the claimant’s case.

CPR 25.7(4) states: The court must not order an interim payment of more than a reasonable proportion of the likely amount of the final judgment. In order to estimate the likely final judgment amount the assessment should be carried out on a conservative basis and the leading case is Eeles v Chobham Hire Services Ltd [2009] EWCA Civ 204.

In Grainger v Cooper [2015] EWHC 1132 (QB) the Court found useful a “Valuation Table” prepared by counsel for the claimant. It was like a Scott Schedule which compared the heads of loss as put forward by the claimant, the defendant in the counter schedule and gave a conservative valuation for each head of loss.  Tables like this are helpful to assist the Judge reach an overall value of the claim and can be prepared by Counsel

In Folkes and others v Generali Assurance [2019] EWHC 801 (QB) Nicol J considered the “reasonable proportion” part of the test. The case involved a pedestrian being run down in France.  French law applied to the assessment of liability (which was admitted) and damages, but English law applied to matters of procedure. To assess the likely final sum, Nicol J only had regard to the amount likely to be awarded in the form of a capital sum (as opposed to periodic payments), general damages and the past damages that would be awarded to cover the period between the accident date and the trial date. The claimant applied for an interim payment of £300,000 and an interim payment of £60,000 was ordered with the balance of £240,000 being considered by Nicol J. Interim payments of £351,788 had already been made. Therefore if the claimant succeeded, total interim payments would amount to £591,788. Nicol J considered cases such as TTT v Kingston Hospital NHS Trust [2011] EWHC 2917 (QB) where an interim payment of 90% of the likely judgment (excluding any damages by way of a PPO) was made and therefore considered that in order to award further £240,000 sought, he would have to conclude that the likely award would be at least £660,000.  Having been provided with guidance from French experts as to how damages would be calculated and made conservative estimates on the various heads of loss, Nicol J reached a total of £370,378 and therefore refused to order any further interim payment.

CPR 25.7(5) directs that the court must take into account contributory negligence when determining whether the amount sought is not more than a reasonable proportion of the likely final judgment amount.

In Smith v Bailey [2014] EWHC 2569 (QB) Popplewell J upheld the decision of Master Yoxall to make an interim payment of £500,000. This was a case where the claimant motorcyclist was knocked off his motorcycle by the defendant in a car that turned across its path.  The defendant had pleaded guilty to a criminal offence arising out of the accident.  The defence served did not admit liability and alleged contributory negligence.  The Master deciding the application for an interim payment decided that the burden of proving contributory negligence was on the defendant and on the material before the court (a police investigation report that concluded the accident was the defendant’s fault) there was no evidence that could justify a finding of contributory negligence.

Popplewell J agreed and said that on an interim payment application “there is an evidential burden on the defendant to put before the court material raising an issue of contributory negligence. The task of the Court is to apply the relevant legal test to the evidence before it.” It was suggested that the defendant himself could provide a witness statement or there could be expert reconstruction evidence supplied.

This approach was followed in relation to causation in Sellar-Elliott v Howling [2016] EWHC 443 (QB) where Sweeney J was considering an appeal from a decision of Master Cook who ordered an interim payment of £100,000. This was a renewed application for an interim payment in a clinical negligence case.  In making the application the claimant unilaterally served their medical evidence early along with witness statements from her and her solicitor.  The defendant served two witness statements for its solicitor in response which referred to the opinions of medical experts and the defence.  The defendant did not serve its medical evidence in advance of the application as it had been ordered to be served some two months later.

“Whilst the Claimant must prove his case, to me there must be, at the stage of an interim payment application, an evidential burden on a defendant to raise matters, on the basis of evidence, which would justify the court in concluding that a Claimant would not succeed in obtaining substantial damages. In other words, in my judgment, a defendant must go further than simply saying: we have pleaded it, it is therein the pleading and verified by a statement of truth when faced with compelling evidence from the Claimant.”

The Master took the view that if the defendant was in the position to serve expert evidence, although they are not obliged to do so, in order to undermine the claimant’s application they should put forward those arguments either in summary form or supported by letter.

Popplewell J upheld that decision. The defendant had chosen only to serve limited evidence in response to the application, as it was entitled to do, but in the absence of evidence to challenge the claimant’s medical evidence, the requisite test for the interim payment was made out.

However, in Farrington v Menzies-Haines [2019] EWHC 1297 (QB) Martin Spencer J considered an application for an interim payment of £450,000 in circumstances where the claimant had already had £240,000 in interim payments and contributory negligence (it was a motorbike accident) and causation were in issue. The claimant valued past losses and general damages at £900,000.  The defendant raised several serious issues, particularly on causation, which would affect the final award and had disclosed its expert evidence to support its arguments.  Refusing to order any further interim payment Martin Spencer J said:

“[37] where there are genuine and substantive challenges to causation, in my judgment the court cannot award damages by assuming, whether on the balance of probabilities or otherwise, that the causation issues will be decided in favour of the claimant.. [40] In my judgment, Part 25.7 is not intended to cover situations where significant issues of causation remain at large.  The court cannot assumed, for example under 25.7(1)(c) that he claimant will obtain judgment for a substantial amount of money if, because causation is disputed, the defendant is contending that the amount which will be recovered is not substantial at all, as here.”

If a defendant wants to successfully argue that the claimant is unlikely to succeed at all or that contributory negligence is likely to significantly reduce the size of the claim, then evidence as to liability (witness statements, police report, expert accident reconstruction evidence) will need to be provided to the Court considering the interim payment application. Likewise if causation issues are likely to loom large, expert evidence putting this in issue can be an important weapon to defeat a large interim payment application.

If the application is made prior to any medical evidence being obtained by the defendant, there may be little a defendant can do other than try to use the claimant’s materials against him e.g. setting out references in medical records which undermine causation.

Some practice points arise in the arena of interim payments which can be easily overlooked. These are: