Home > A reminder on the importance of form in a Part 36 offer, and the principles applying to costs in contentious probate claims

A reminder on the importance of form in a Part 36 offer, and the principles applying to costs in contentious probate claims 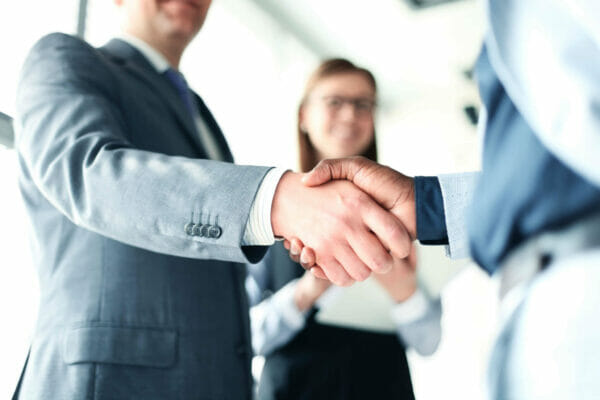 Last week saw publication of the judgment of HHJ Matthews, sitting in the High Court at Bristol, in the case of James v James and others.

Background to the judgment

Judgment had been given in the main claim in the previous month. The claimant had sought to challenge his father’s willon the basis of capacity, and had alternatively relied upon proprietary estoppel. The defendants brought a counterclaimseeking a declaration that the testator had capacity. The claim was dismissed, the counterclaim succeeded, and the judge confirmed that “on any view, the defendants are the successful party for the purposes of any costs order I might make”.

The issue of costs was complicated by the fact that the defendants had purported to make a Part 36 offer to the claimant prior to trial. The offer stated that it was to “settle the whole of the counterclaim and the claims on the following terms”. One of those terms was that the claimant was “liable to pay [the defendants’] costs of the claim and the counterclaim on the standard basis… up to the end of the relevant period or, if later, the date of service of notice of acceptance of this offer”.

The judge noted that, following Mitchell v James, a term as to costs was not within the scope of a Part 36 offer. He moreover noted that although CPR 36.13(1) allowed for costs up to the date of acceptance, the defendants’ letter sought costs up to the end of the period for acceptance. Although the wording was very similar, it had a slightly different effect.

Could this discrepancy, however, be cured by the defendants’ express statement in the Part 36 letter that the effect of accepting the offer was intended to be that costs should be payable “in accordance with CPR r. 36.13”?

The court reviewed C v D, a case with which most practitioners will by now be familiar. The defendant sought to take from that case the general principle that:

“… where an offer clearly expresses an intention that it is intended to comply with Part 36, the court should hold it to do so if at all possible”.

However, the claimants noted that this principle was nuanced. Rimer LJ had explained in C v D that:

“It [that is, the offer] was expressly stated to be an ‘Offer to Settle under CPR Part 36’ that was ‘intended to have the consequences set out in Part 36’. Of course, that does not mean that it did in fact comply with Part 36 and therefore must, come what may, somehow be shoehorned into the confines of its four corners: a stated bid to attain a particular goal does not also mean that the goal has been attained…”

… The answer to the critical question still turns on how the reasonable man would read the offer. The relevance, however, of the claimant’s expressed intention to make its offer a Part 36 offer is that, if there are any ambiguities in it raising a question as to whether the offer does or does not comply with the requirements of Part 36, the reasonable man will interpret it in a way that is so compliant.”

The judge was of the view that the discrepancy between the wording of the letter and the provisions of Part 36 was so stark that it could not be overlooked:

“… when the writer said ‘black’ he or she meant ‘white’, and I do not think that any reasonable man would necessarily so read it.”

The Part 36 offer could be given discretionary weight, but would not carry Part 36 consequences.

The judgment is a reminder of the importance of form in a Part 36 offer.

I have repeatedly encountered this problem in practice and only a couple of years ago nearly reached the Court of Appeal on just such a point where the claimant solicitor in that case had headed a letter “Part 36 Offer”, expressed it to be intended as such an offer, but had then written:

“This offer is open for acceptance for a period of 21 days from when you receive this letter. If you wish to accept the offer after the 21 day acceptance period has expired you may only do so where we have agreed with you a liability for costs, or, the court gives you permission.”

That phrasing was criticised for being inconsistent with CPR 36.10 and CPR 36.2(2)(c), and for thereby creating a “time limited offer”.

While we waited for Court of Appeal listing, judgment came out in the case of Shaw v Merthyr Tydfil Borough Council and that more or less settled the point: as a matter of form, the wording (identical for all intents and purposes to ours) did not comply with the requirements of Part 36. It was not a valid offer.

The problem in Shaw, and in our case, was that the draftsman of the letters had adopted an old template and had failed to note a change to the wording of Part 36. The problem in James, on the other hand, might well have stemmed from an unnecessary and inaccurate attempt by the draftsman to paraphrase Part 36 so as to make its consequences explicit.

It seems to me that, in the circumstances, there can no longer be any excuse for practitioners drafting Part 36 offers: such letters must accord as precisely as possible with the provisions of Part 36. This means not relying on templates that might be out of date, and it means not paraphrasing the provisions of Part 36 especially when, if necessary, they can be copied word for word.

A parting note: costs of challenging a will

HHJ Matthews also confirmed the second principle in Spiers v English: if there was a sufficient and reasonable ground to question a will’s validity, then it might be proper to make no order as to costs. In James, the claimant had had reasonable basis to challenge the will, and in the circumstances the costs should lie where they fell, with no order. This is a further useful reminder to practitioners that costs in this jurisdiction may not always follow the event.