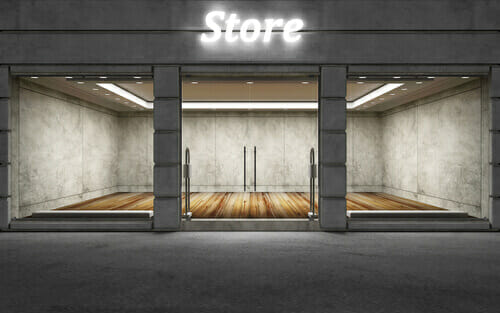 2018 was seen by many as the ‘year of the CVA’ and the year of the so -called ‘Retail CVA’ in particular. Such CVAs have been used in an attempt by companies operating in the retail and casual dining sector with burdensome leases to reduce the cost of their premises whilst continuing to trade.

2019 was widely expected to be the year in which there was a challenge by a landlord under s.6 of the Insolvency Act 1986 (‘the Act’) to the use of CVAs to force a rent reduction, without comparable cuts to other creditors and so it has proved.

In this recent case, 6 landlords challenged a standard model retail CVA which attempted to compromise Debenhams’ liability for future rent and business rates. 4 of the 5 grounds of challenge were rejected and although Norris J upheld 1 ground, namely, that the right of forfeiture by a landlord was a proprietary right that could not be altered by a CVA, he also decided that under the standard severance clause in the CVA the attempt to block the right to forfeit could be severed and thus the CVA was enforceable.

The decision in more detail

Under the CVA proposal rents payable to some landlords and the business rates payable to local authorities: were affected but it did not impinge the claims of other unsecured creditors such as suppliers.

5 categories of leases were identified, each of which were to be treated differently under the proposal. The landlords of Category 1 leases would be paid in full and the other terms of these leases were unchanged.

The principal effects of the CVA on the Leases was:

The 5 challenges were as follows:

Ground 1: that it was not possible to compromise a landlord’s claim for future rent in a CVA since landlords do not have a claim for rent to be paid in future at the time the CVA becomes effective, and therefore, are not “creditors” within the meaning of s. 1 of the Act.

Ground 3: there is no jurisdiction under s.1 IA of the Act to remove any right of the landlords to forfeit which would arise as a result of the CVA or any CVA related event.

Ground 4: that the Applicants were treated less favourably than other unsecured creditors without any proper justification.

Ground 5: that the CVA failed to comply with the contents requirements set out in rule 2.3(1) of the Insolvency Rules 2016 (“IR”), by failing to disclose potential claims under ss. 239 and/or 245 of the Act if the Company were to enter into administration. The Applicants argued that this was a “material irregularity” under section 6(1)(b) of the Act.

Norris J held that all challenges failed apart from Ground 3. He decided (without hearing argument from the Applicants on the point who had the right to revisit the point in written submissions) that the provisions removing the right to forfeit were severable under the standard severance provision contained in the CVA and thus should be deleted.

Whilst Norris J’s decision on all grounds is interesting, here I focus on 2 issues which may influence the future negotiation of CVAs.

Firstly, the judge’s analysis of the concept of fairness and secondly his finding that a right to forfeit cannot be compromised within the CVA.

The judge applied the two well-known techniques for assessing whether a CVA is “unfairly prejudicial” under section 6(1)(a) established in Prudential Assurance Co v PRG Powerhouse Ltd [2007] BCC 500 and followed in The Miss Sixty case [2010] EWHC 1`890 (Ch) namely the vertical comparison of fairness and the horizontal comparison of fairness.

The latter compares the treatment of creditors under the CVA inter se.

Norris J also made clear that just because the vertical comparison is satisfied, this does not of itself make the scheme fair: ““Fairness” must be judged in the round [76]”.

He emphasised the flexibility of the CVA remedy in comparison to an administration or liquidation in rejecting the submission that the court should follow the Lundy Granite principle and treat rent payments as payable in full. In this regard he did not follow the obiter dictum of Neuberger LJ in Thomas v Ken Thomas Ltd [2006] EWCA Civ 1504 at [34] who had stated: “… it would seem wrong in principle that a tenant should be able to trade under a CVA for the benefit of its past creditors, at the present and future expense of its landlord.”(referred to by Norris J at [56]).

Norris J’s view was as follows:

“[71] The Lundy Granite principle has no direct application, though Thomas suggests that it may indicate a norm for CVAs. I do not, however, regard the language used in Thomas as determining the question I have to decide. The principle of “basic fairness” here does not require a choice between full rent as an expense of the insolvency or a dividend at the rate paid on unsecured debts generally. It arises here in the context of a jurisdiction which permits the modification of obligations. Here common justice and “basic fairness” require that the landlord should receive at least the market value of the property he is providing. He should not subsidise other creditors but nor should they be compelled to overcompensate him. To that basic principle should be engrafted the principle that a contractual rent should be interfered with to the minimum extent necessary in the circumstances, the modification being limited to what is necessary to achieve the purpose of the CVA. If those principles are observed the fact that under the exit arrangements in CVA a varied rent is payable during the notice period does not, in my judgment, make the arrangement “unfair”.

Thus as a matter of principle, a reduction in contractual rent will not be automatically unfair.

The learned judge considered fairness in the context of the facts of this case under Ground 4. There are 2 points of particular note.

Firstly, a reduction on rent below the current market value is likely to be unfair. The judge emphasised that in this case there was no evidence that the reductions sought were below market rent and this coupled with the landlord’s ability to terminate the lease if they did not wish to accept the rent reduction was sufficient to render the apparent unfairness justifiable.

Norris J held that the right to forfeit is a property right which cannot be compromised within a CVA.  At [100] sub-paragraph (e) he went on to decide that:

“ A CVA can modify the conditions upon which a right of re-entry can be exercised as Naeem and Thomas demonstrate and technical distinctions should not be drawn between different parts of a forfeiture clause. In my judgment a CVA can modify covenants (or at least covenants that require the payment or expenditure of money) and the right to forfeit will then relate to the covenant as modified: but a CVA cannot directly modify the right to forfeit itself. I think the distinction is fundamental and not “technical”.”

In other words his view is that a CVA may modify the covenant to pay rent and the right to forfeit then relates to the covenant as modified.

The decision may well be the subject of an appeal so this will not be the last word on these issues. It is perhaps also worth remembering that despite the interest in retail CVAs, the number of retail CVAs remain in their 10s – indeed the judge noted at [14] that there have been 40 CVAs of this type since April 2009.

The current position is that “creditor” in s.1 IA 1986 should be construed widely and thus in principle it is possible to compromise a landlord’s right to future rent. The argument that reducing the rent payable under a lease in a CVA is automatically unfair has been roundly rejected.

Any challenge to a CVA must instead focus on whether in the particular circumstances of the case the outcome is a fair one.

Looking at future CVAs, it remains the case that the vertical and horizontal comparisons are useful tools.             Both the company and the challenger therefore will wish to do the following at an early stage in the negotiation and provide evidence in support:

Norris J’s finding that the right to forfeit cannot be compromised within the CVA as it is a property right arising between landlord and tenant rather than a security right arising between creditor and debtor is plainly right. Indeed the decision has been applied as recently as 8 October 2019 in Re Instant Cash Loans Ltd [2019] 10 WLUK 97 by Zacoroli J in the context of an attempt to  force a landlord to accept a surrender of a lease under a scheme of arrangement.

Furthermore, whether the lease contains such a right or not, it is also clear that the right to forfeit for rent arrears compromised within the CVA remains, but for the reduced sum payable. The landlord cannot insist on the payment of the full amount due under the lease as a condition of relief from forfeiture.