An appeal is not a form of gratuitous essay-marking exercise 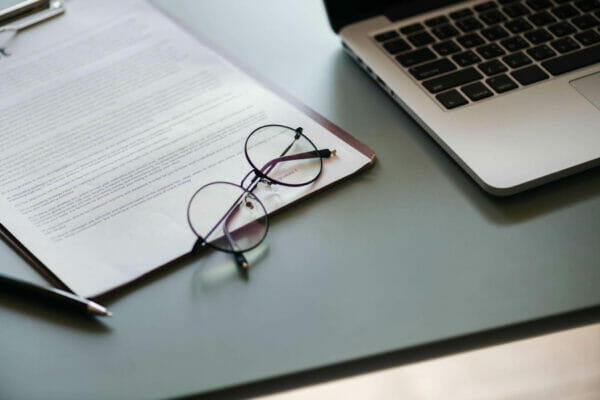 The recent Court of Appeal judgment in Farrar v Rylatt should serve as a warning to practitioners of the uphill struggle that a party faces when attempting to appeal a trial judge’s findings of fact.

The appellants, a builder and his construction company, appealed against the trial judge’s finding that there were no binding profit share agreements in respect of two developments, Hazel Grove and The Barns.

In relation to Hazel Grove, the alleged profit share was said to arise from an oral agreement made in or around March 2013, the terms of which “were to create and evidence a trust in respect of Hazel Grove”.

The alleged profit share agreement in respect of The Barns arose out of a written but unsigned heads of terms (HoT) document dated 4 November 2013. The HoT was expressly said to be “Subject to Contract and Without Prejudice”.

Coulson LJ noted that the appellants’ complaints related to the judge’s findings of fact and that the order granting permission to appeal pointed out that the appellant faced a formidable hurdle especially in light of the appeal coming from a specialist tribunal (the TCC).

“… an appellant has to show that there was no evidence to support the findings made, or there was a demonstrable misunderstanding of, or failure to consider, relevant evidence. If all the relevant evidence was considered by the judge then, even if the appellate court might have come to a different conclusion, an appeal against the trial judge’s findings of fact will fail. That is why an appeal against a trial judge’s findings of fact is such a high hurdle for an appellant to overcome.”

“I would agree with some of those criticisms. The judgment is not as clear as it might be on important issues of fact and law, and there are some passages which, even now, remain cryptic and unexplained. It has meant that this court has spent rather too long dotting about the judgment, trying to piece together what the judge found and why. As Mr Walker properly conceded, a judgment should not present this sort of jigsaw puzzle.”

Despite this, Coulson LJ stated that an appeal is not:

“… a form of gratuitous essay-marking exercise, in which points are awarded by the Court of Appeal for structure, grammar and style. This was a judgment given ex tempore, doubtless for sound reasons of speed and efficiency. However much it might be capable of hindsight improvement, what matters is whether the judgment contained proper answers to the critical issues which had been raised at the trial.”

In respect of the Hazel Grove development, Coulson LJ accepted that there was force in the submission that the judge had erred in failing to treat the creation of an express trust and the existence of an oral profit share agreement as separate allegations. However, he nevertheless concluded that the judge had assessed the evidence and made findings of fact in concluding that there was no trust or agreement.

In respect of The Barns, Coulson LJ held that the judge ought to have considered the position agreement-by-agreement and in chronological order because, when analysed in that way, the answer was clear. Having adopted that approach, Coulson LJ concluded that, while not put in the same terms, the judge’s finding that there was no profit share agreement was correct and so the appeal should be dismissed.

The trial is not a dress rehearsal

The case also serves as a reminder to practitioners of the need to consider all routes to judgment prior to the trial. As Lewison LJ stated in Fage UK v Chabani Ltd:

“The trial is not a dress rehearsal. It is the first and last night of the show.”

In Farrar, the appellants argued in respect of The Barns that the inclusion of the HoT as a document attached to the JCT contract was evidence that the subject to contract tag had fallen away. Coulson LJ rejected this argument but nevertheless noted that the appellants could have pleaded this case, put in evidence in support and run the argument at trial. He stated that the appellant did not do so because that was not their case and it was now too late to take this point.

What can we learn?