Home > ATE insurance and security for costs applications: the curse of the pendulum

ATE insurance and security for costs applications: the curse of the pendulum 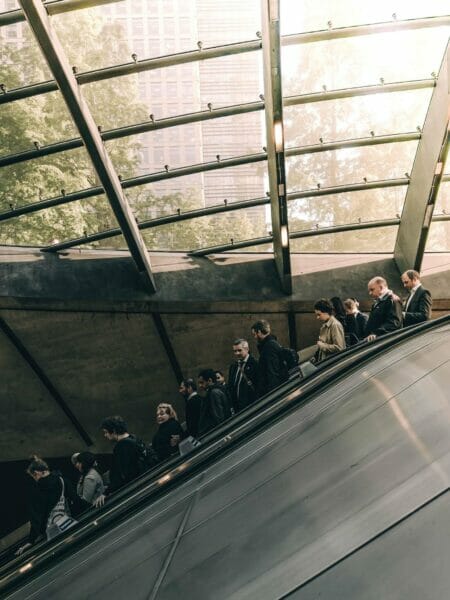 In an earlier post in this blog, CMS Cameron McKenna Nabarro Olswang LPP, solicitors for the successful appellants in Premier Motorauctions Ltd (in liquidation) and another v PricewaterhouseCoopers LLP and Lloyds Bank Plc championed the decision of the Court of Appeal for bringing the pendulum of authorities on the interplay between security for costs and after the event (ATE) insurance “to rest in a more balanced position.”

Regular readers of this blog may recall that I had previously praised the decision of Snowden J at first instance in this case. I described it as a “commendable judgment” which produced a legal equilibrium which was “both more commercially sound and more closely tied to the language of the CPR.” It quite properly now falls on me to set out why, respectfully, I consider that the Court of Appeal has not, as CMS suggests, brought the pendulum to rest at a balanced nadir.

The pendulum to which reference has already been made reflects a marked difference in approach between older cases such as Michael Phillips Architects Ltd v Riklin, where ATE insurance policies were held to be ineffective at repelling security for cost applications, and more recent cases such as Geophysical Service Centre Co v Dowell Schlumberger (ME) Inc and the decision of Snowden J in Premier Motorauctions, where the ATE policies were held to be effective.

The divergent outcomes in those cases can perhaps be explained by the extent to which the court hearing the security for costs application was minded to scrutinise in detail the terms of the policy document and the application of those terms to the hypothetical future conduct of the claimant.

These hypothetical scenarios occupied Akenhead J at some length in Michael Phillips. The focus on such hypotheticals during the application prompted the claimant to provide a witness statement from the insurer’s underwriting manager. Strikingly, there is a complete absence in His Lordship’s judgment of any discussion of evidence about the actual conduct of the claimant. At no stage prior to granting security for costs did His Lordship make any finding that the claimant was likely to act in such a way as to trigger a clause in the policy which allowed for its cancellation, or that it would otherwise act in a way which might motivate the insurer to seek to do so.

It was this approach to security for cost applications, focusing disproportionately on the terms of the policy and on hypothetical conduct which was firmly rejected in Geophysical Service Centre Co and at first instance in Premier Motorauctions. In fact, it is apt to note that Snowden J in Premier Motorauctions made positive findings on the evidence that neither the joint liquidators nor the insurers had any interest whatsoever in the ATE policy being avoided. In light of such findings, His Lordship quite understandably concluded that a trawl through the terms of the policy document, followed by a discussion of a series of hypotheticals, was neither necessary nor appropriate.

The Court of Appeal in Premier Motorauctions appears to have paid no regard to those findings in the court below. Instead, and without any obvious logical or jurisdictional basis for doing so, the Court of Appeal shifted the pendulum back firmly in favour of the hypothetical analysis. Longmore LJ said at paragraphs 19 and 20:

It is, in a sense, unfortunate that the court’s jurisdiction to order security for costs should depend on a detailed analysis of a claimant’s ATE insurance policies into which the defendants have had no input and which they have no direct right to enforce. That is particularly so when the authorities discourage investigations into the merits of the proceedings and disapprove of security for costs applications being blown up “into a large interlocutory hearing involving great expenditure of both money and time,” see Porzelak v Porzelak [1987] 1 WLR 420 , 423e per Sir Nicholas Browne-Wilkinson V-C.

But I fear that such analysis is inevitable.

Respectfully, such analysis is neither inevitable nor helpful. The jurisdictional test for a security for costs application of this type is set out at CPR 25.13:

The claimant is a company… and there is reason to believe that it will be unable to pay the defendant’s costs if ordered to do so.

This is a factual question which is to be determined on the specific circumstances of each claimant against which a security for costs application is brought. It is readily accepted that the financial position of the claimant is directly relevant to this factual question. Also relevant is whether or not that claimant has ATE cover in place.

In my view, any analysis of the terms of the policy ought to take place in the context of actual evidence about the conduct of the claimant. Conducting the analysis on the sort of hypothetical basis favoured by Akenhead J and Longmore LJ drags the security for costs application away from the natural and ordinary language of the CPR. At that point, the court is no longer determining whether there is reason to believe that the claimant will be unable to pay the defendant’s costs and is instead asking itself whether the policy at issue is effective to ensure all defendants recover their costs from all claimants in all litigation.

The Court of Appeal also risks creating significant problems from a public policy perspective. It is to state the obvious to observe that companies in liquidation and administration often consider that they have valid claims against other companies or individuals. Such claims, if successful, will often go some way towards mitigating the impact which the company’s insolvency has had on its creditors. Improving the position of such creditors has traditionally been viewed very favourably from a public policy perspective and so it stands to reason that there is a public policy incentive in favour of insolvent companies being able to litigate at least the valid or strong claims they might have.

Although by no means a foregone conclusion, it will often be the case that a company in liquidation or administration is (in the absence of an ATE policy) unable to pay the defendant’s costs of such a claim if ordered to do so.

In light of this, taking out an ATE policy (at least prior to the decision of the Court of Appeal in Premier Motorauctions) offered a straightforward and attractive means by which liquidators and administrators could pursue litigation without having to give security for costs. Market forces, in the form of the willingness of insurers to provide cover and the ATE policy premiums levied, sifted the weaker claims from the stronger ones. This went some way towards ensuring that viable claims which stood to recover sums for creditors could proceed, whilst weaker claims fell away.

What the Court of Appeal has done with its decision in Premier Motorauctions is to fundamentally shift the approach of defendants in claims brought by insolvent companies. Following the decision in Geophysical Service Centre Co and at first instance in Premier Motorauctions, a defendant knew that, in the ordinary course and provided the company had ATE cover, a security for costs application was unlikely to succeed. As a result, simple correspondence between legal representatives could identify the existence of an ATE policy and the threat of a security for costs application would usually fall away.

As the law now stands, a defendant would almost never be dissuaded from pursuing the issue of security for costs by such correspondence. A defendant now would almost certainly demand, and certainly should demand, sight of the full policy terms and details of the insurer. Even once that information is provided, a defendant is highly unlikely to let the issue drop. Virtually all ATE policies will include mechanisms by which the insurer can avoid liability. Who is to say at that point whether a court would consider a hypothetical risk of avoidance to be great enough to justify awarding security for costs?

Without doubt, the Court of Appeal’s decision in Premier Motorauctions will vastly increase the number of security for costs applications brought against insolvent companies. Liquidators and administrators will have to factor the likelihood of such an application into their decisions as to whether claims are worth bringing. As it stands, a liquidator or administrator contemplating such a claim probably should presume that the company will incur not only the costs of obtaining ATE cover but also the costs of and incidental to a security for costs application. Very few in the insolvency profession would welcome this and it is difficult to defend it on a public policy basis.

It may be that the Court of Appeal’s decision comes in due course to be scrutinised by the Supreme Court. An appeal to the highest court would undoubtedly provide a forum for these questions of public policy properly to be aired.

In the meantime, we are left to grapple with that most distinctive feature of a pendulum. Once a pendulum is pushed in one direction or another, it tends sooner or later to swing back in the direction it has come. The authorities on this issue are not at all easy to reconcile and, far from providing balance and guidance, the Court of Appeal in Premier Motorauctions has thrust the pendulum far in a direction away from both the commercial reality of insolvency litigation and away from the language of the CPR.

It seems highly unlikely that it will remain there for long.