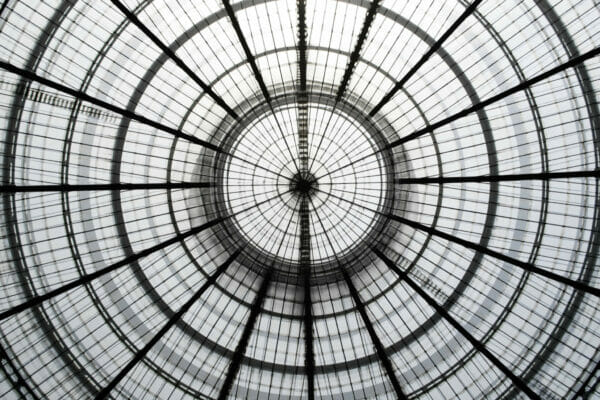 Full disclosure: Karl is a member of chambers, a Recorder, a colleague and a friend.

I have chosen Karl as he is someone whom I admire greatly (not just because he has consistently supported and encouraged me) but because he has worked hard over the years both professionally and personally to ensure that race equality was placed on the agenda at the Bar – at a time when this was not necessarily easy and was certainly not always met with the same degree of receptiveness as now.  Speaking out about race issues at the Bar can be challenging. It was even more difficult when Karl embarked upon his career.   Often, there was a denial that there was an issue at all.

Karl was raised in Hackney, the son of Jamaican immigrants – a bus driver and machinist – who instilled in him an appreciation of the value of education, and the importance of securing a profession and a keen sense of civic responsibility.

As a young boy, Karl witnessed first-hand the unfairness around the use of the SUS laws, seeing school friends and contemporaries being randomly picked up by the police. Karl had role models around him, older cousins and friends who became professionals within local government, medicine and industry, who encouraged and inspired Karl in his ambitions.

Karl always knew he wanted to become a barrister, but, having graduated from university he also knew he needed to earn money to do so. Fees for Bar school and an unpaid pupillage were not otherwise going to be possible. With that in mind Karl took two jobs in industry before coming to the Bar. He was able to secure pupillage, but the stark unfairness  and discrimination inherent in the system at that time began playing out for his contemporaries; many were unable to find pupillage and for those that did there were entrenched problems.   One female contemporary, propositioned on her first day of pupillage, simply left never to return.  Other male contemporaries found themselves subject to petty criticisms and stereotyping both by fellow barristers as well as clients.   Karl has been told on more than one occasion how he “spoke so well for a black person” and asked if had taken elocution lessons.

Karl has spent the majority of his career as the only black male civil practitioner in chambers. That fact speaks volumes about the structural inequalities and difficulties faced by black people at the Bar, and in particular black men.  It underscores the problem that we face as a profession in failing to take on and nurture black talent particularly within commercial, property and chancery work.  For black barristers choosing to work in this area, the path is not easy, indeed as a pupil and junior tenant Karl was warned against even entertaining the idea of a career in these areas of law.

Yet this path has been made that much easier, with fewer obstacles – albeit that many still exist- thanks to Karl and people like him.

Along with others including Oba Nsugbe, Gelaga King, Elpha Le Cointe, Elroy Claxton, Shereen Browne and the Akinsanya brothers,  in 1992/3 Karl started a group aiming to bring about change.  That group went on to become the South Eastern Circuit Minorities Committee formed to enable­ and encourage non-white barristers to participate fully and have representation in the then overwhelmingly white male Circuit environment.  Karl was elected to the Circuit Committee.  Karl chaired the SEMC and went on also to chair the Minority Lawyers Conference, whose work between 2000-14 brought together the Bar Council, Law Society and ILEX in a cooperative challenge to the racial inequalities within the profession.  Karl served on and became Vice-Chairman of the Bar Council’s Equality and Diversity Committee, and on the Professional Conduct and Complaints Committee. He was appointed as a Recorder in 2004.

Between 1997 and 1999 Karl was instrumental in establishing the Legal Diversity Forum working with others to encourage magic circle firms to actively embed diversity as an essential part of their development strategies.

In 2004 as Chair of the biannual Minorites Lawyers Conference (‘the MLC’), along with the then Chairman of the Bar, Karl represented the Bar Council at the American Bar Association in Atlanta.

The MLC had forged links with the New York-based Institute for Inclusion in the Legal Profession and during Karl’s tenure the MLC, working to improve diversity and bring about meaningful change in the treatment of minority practitioners, attracted contributions from prominent national and international figures.  Amongst these were lawyers from the United States, South African Judges and our own UK lawyers including Baroness Shami Chakrabati (then at Liberty) and Dame Linda Dobbs DBE, the first person of colour appointed to the High Court bench.

As a pupil, I can remember attending one such conference and feeling a sense of inspiration in hearing non-white members of the Bar talking openly about the hurdles within our profession but they were equally positive and optimistic about the change that was happening.

From the earliest period of his practice Karl has contributed his time and energy to trying to make the Bar and the profession welcoming to all and to ensure that race is not an inhibitor to entry or progress.    Long before the phrase ‘corporate social responsibility’ entered our lexicon, Karl would go into state schools in Hackney to encourage students to consider a career at the Bar.     To help with opening up access to the profession, he and a group of like-minded individuals gave up their time to provide advocacy training, guidance and support for students, particularly those from minority backgrounds for whom entry and survival was an even greater challenge.  In 2007 in recognition of his work Karl was the recipient of an award acknowledging his contribution and for making a difference to the lives of ethnic minorities at the Bar.

At one Minorities Lawyers Conference, in which Karl was speaking, a young man told him how he had been inspired as a schoolboy by Karl’s words and made the decision to pursue a career in the law. He wanted to thank Karl personally for his support and encouragement.  As do I.  Thank you, Karl!