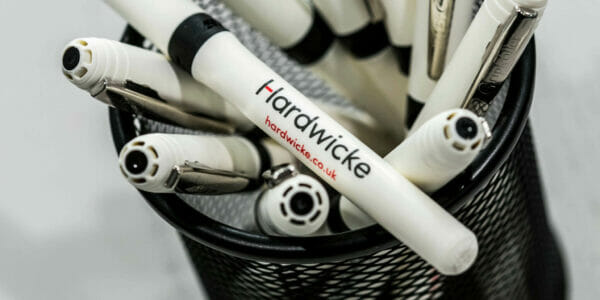 Dispute Resolution analysis: Tongue v Royal Society for the Prevention of Cruelty to Animals (RSPCA) serves to reinforce the need to consider the precise nature of any agreement between the supposed bailee and bailor.

Tongue v Royal Society for the Prevention of Cruelty to Animals and another [2017] EWHC 2508 (Ch), [2017] All ER (D) 81 (Oct) A relationship of bailment had not arisen between the first respondent RSPCA and the appellant, T, when T had agreed to let the RSPCA enter land to care for the cattle there, following T’s convictions for causing unnecessary suffering to the cattle. Consequently, the RSPCA had not come to owe T a duty to take care in respect of the reservation of the cattle, and it had not had a correlative right to recover expenses incurred from T.

What was the background to this case?

This was a most unusual and distressing case. Mr Tongue was a farmer with a substantial land holding, but a serial offender against the Protection of Animals Act 1911, having been convicted on numerous occasions of causing unnecessary suffering to animals. At the relevant time Mr Tongue had been disqualified for life from having custody of livestock, and faced further convictions for breaching that disqualification order. He had also been imprisoned for a year for failure to pay various fines and costs, and there he remained in the summer of 2006 when the RSPCA decided to step in to save his herd of cattle, most of which were in a shocking state of starvation and distress. They therefore arranged for a police officer to attend Mr Tongue’s farm and seize the cattle before transferring them to the custody of the RSPCA. There being no provision in the animal welfare legislation then in force (this was before the coming into force of the Animal Welfare Act 2006 (AWA 2006)) for the seizure of suffering animals, the police officer seized the cattle purportedly under section 19 of the Police and Criminal Evidence Act 1984 (PACE 1984) on the basis that the animals themselves were ‘evidence of an offence under the Abandonment of Animals Act 1960’. The RSPCA attempted to provide care for the cattle on Mr Tongue’s farm, with Mr Tongue’s permission, but after a month it was apparent that the farm lacked the facilities to provide the necessary care and they were transferred to another farm, where they were held at the expense of the RSPCA. In the event they remained in the care of the RSPCA for a further seven years, at a total cost of some £630,000.

The current decision arose from the RSPCA’s attempt to prove in Mr Tongue’s bankruptcy for these costs. Mr Tongue challenged his trustee’s decision to admit the RSPCA’s debt on the basis that no monies were in fact owing, notwithstanding the RSPCA’s claim that they were entitled to reimbursement of costs incurred as bailees under the law of bailment.

What were the key issues before the court?

The court had to decide whether the above circumstances were such as to constitute the RSPCA as bailees of the cattle, and if so whether they were entitled to recovery of their expenses.

What did the court decide? How helpful is the judgment in clarifying the law in this area—particularly in relation to the law of bailment?

The court found that no relationship of bailment had arisen, and even if it had done the relationship was such that the RSPCA had no entitlement to reimbursement of its expenses. Mr Tongue’s claim accordingly succeeded. It is certainly the case that bailment is capable of arising without the consent of the bailor, as the court found in Sutcliffe v Chief Constable of West Yorkshire [1996] RTR 86 when holding that the police became bailees of a motor car they had seized in pursuance of their powers under PACE 1984. Nevertheless it does require the voluntary assumption of possession of another’s goods by the bailee, and the court was not able to find in this case that possession had been assumed by the RSPCA when they entered the farm with Mr Tongue’s agreement, for the purposes of feeding and caring for the cattle. Otherwise, as Newey LJ noted, a person who had agreed to feed his neighbours’ cat while they were away on holiday would become a bailee of the cat, which would be a remarkable extension of the law of bailment. Mr Tongue’s permission had not included any agreement on his part that the cattle should be removed from the farm, even though it was a practical imperative that they should be. And even though the cattle were subsequently removed to alternative accommodation by the RSPCA it could not be inferred that the RSPCA had constituted themselves bailees for MrTongue at that point. The proper analysis was that they were bailees for the police, being the party who had seized the cattle purportedly in exercise of their powers under PACE 1984, not for Mr Tongue.

In any event the court found that even if the RSPCA had become bailees for Mr Tongue, the bailment was not such as to entitle them to reimbursement of their expenses. Although in general the discharge of the duties of a bailee carries with it ‘the correlative right to charge the owner of the goods with the expenses reasonably incurred in doing so’ (to quote from Lord Diplock in China Pacific SA v Food Corporation of India (The Winson) [1982] AC 939), that rule depends on there being some contractual element to the bailment, so it would not apply in the type of bailment identified in the Sutcliffe case. And even if the court had found a bailment to have arisen from Mr Tongue’s agreement to permit the RSPCA to look after the cattle on his farm there could not have been inferred any understanding on his part that he would be required to pay, not least because the RSPCA is not a commercial organisation and it was only fulfilling its stated charitable aims.

What are the wider implications of this case?

The facts in this case occurred before the coming into force of AWA 2006, which now provides specific powers for suffering animals to be taken into the possession of the police and for an expense order to be made requiring the owner to reimburse the relevant authority for the cost of any such possession, or mandated care or treatment. So far as the law of bailment is concerned, it reinforces the need to consider the precise nature of any agreement between the supposed bailee and bailor. Although a bailment may come into existence without the express agreement of the bailor, only the duties attendant upon such a relationship may be said with certainty to follow. The right to reimbursement of expenses requires at least the implication of consent.

This article was first published on LexisPSL. Rupert Higgins was interviewed by Kate Beaumont.