Collateral waiver of privilege (Holyoake and another v Candy and others) 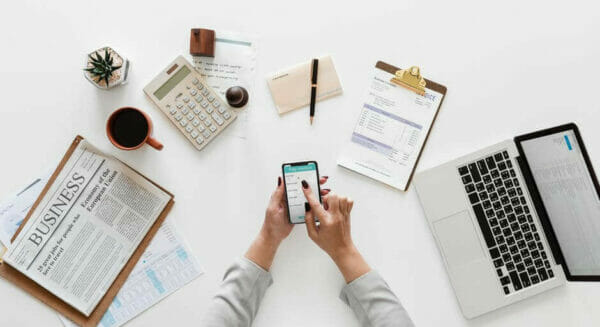 Dispute Resolution analysis: When is it appropriate to waive privilege during the course of civil proceedings, and what are the risks if you do? These questions regularly create difficulties for litigators, and a variant of them arose during the trial of Holyoake v Candy. Roger Stewart QC, of 4 New Square, Richard Fowler, of Maitland Chambers, and John Beresford, of Hardwicke, who appeared for the claimants, examine the issues and say being able to advise with reasonable assurance as to the scope of any collateral waiver will be key to the decision on whether privilege ought to be intentionally waived.

The Chancery Division granted in part an application by the defendants for further disclosure from the claimants on the ground that the first claimant’s waiver of privilege when he relied during trial on emails he had sent to his lawyers gave rise to a collateral waiver of privilege in other documents. The court ruled that collateral waiver extended to privileged documents referred to in the emails, but not to other privileged documents requested by the defendants. Thus the court granted the application in relation to one category of documents, but refused it in relation to three other categories.

Roger Stewart QC, of 4 New Square, Richard Fowler, of Maitland Chambers, and John Beresford, of Hardwicke, who appeared on behalf of the claimants, examine the issues.

What was the background to the case?

The trial was heard over nine weeks by Nugee J. His substantive judgment was reserved, and is expected in autumn 2017. Thus no findings of fact have so far been made in relation to either side’s substantive allegations. However, during the course of the trial, the judge was asked to rule on a number of interim matters, and the judgment under consideration here relates to one of those.

An important element of the claimants’ case was the allegation that the first claimant had been subjected to a sustained campaign of unlawful and highly unpleasant threats by the defendants. It was said by the claimants that, as a result of the threats, the first claimant had been coerced into abandoning various of his legal rights in relation to his initial loan of £12m from the sixth defendant and had been driven against his will to enter highly disadvantageous further agreements with that company.

For their part, the defendants denied that any unlawful threats had been made, asserting that their conduct was lawful in the rough and tumble of hard-nosed commercial negotiations.

The claimants laid particular emphasis on threats they said had been made to the first claimant during February 2012, at a meeting in Guernsey and in a series of telephone conversations afterwards.

What issues were before the court?

During cross-examination of the first claimant, it was put to him that he had not complained of any threats in February 2012 at the time and it was suggested that he had subsequently made up those allegations. During his re-examination, five documents were put to the first claimant, all of which were emails written by him to his then solicitors—one dated 29 March 2012, the others (which formed a sequence numbered one to four) on 15 and 16 April 2012. Those documents appeared to record the first claimant’s near-contemporaneous account of the behaviour to which he said that he had been subjected by the defendants. Subsequently, the claimants also waived privilege over a further email (numbered five) from 16 April 2012.

Three points were not in dispute.

First, the emails had clearly been privileged, and the claimants accepted that by putting them to the first claimant in re-examination, they had waived privilege over them in their entirety for all purposes.

Second, a party is perfectly entitled to waive privilege for the purpose of rebutting an allegation of fabrication—this is expressly permitted in civil proceedings by section 6(2)(b) of the Civil Evidence Act 1995, and the principle is also commonly encountered in criminal trials (eg R v Seaton [2010] EWCA Crim 1980, [2011] 1 All ER 932 at para [43]). If it was suggested in cross-examination, for example, that a claimant had made up an allegation when preparing his claim, it was wholly proper for the claimant to respond that he had previously said the same to his solicitor and to waive privilege over documents to support that answer.

Third, however, the effect of this evidence was a matter for the final substantive judgment. While its purpose was to rebut the allegation that the first claimant had recently fabricated his evidence, it was for the court to determine at the end of the trial whether the rebuttal was effective.

In effect, the defendants sought all the claimants’ instructions to their solicitors in relation to their factual allegations in the case at any time. All such documents would of course ordinarily have been privileged.

What did the court decide, and why?

Both sides accepted that the most recent detailed treatment of collateral waiver was in Fulham Leisure Holdings Ltd v Nicholson Graham & Jones [2006] EWHC 158 (Ch), [2006] 2 All ER 599.

There, Mann J set out four principles at para [11] for identifying the breadth of any collateral waiver. One had to identify the ‘transaction’ in respect of which disclosure had been made that might be identifiable from the nature of the disclosure given (eg counsel’s advice on a single occasion) but the transaction might be wider than immediately apparent.

If so, the whole of the wider transaction was to be disclosed and further disclosure would be ordered if that was necessary in order to avoid unfairness or misunderstanding of what had been disclosed.

The issues for the court were therefore what the transaction was in respect of which the claimants had waived privilege and whether the general principle of fairness required a wider range of documents to be disclosed.

The court considered Fulham Leisure in detail, and discussed the judgment of Hobhouse J in General Accident Fire and Life Assurance Corp Ltd v Tanter (The Zephyr) [1984] 1 All ER 35 and that of Mustill J in Nea Karteria Maritime Co v Atlantic and Great Lakes Steamship Corp (No 2) [1981] Com LR 138. On the basis of those authorities, Nugee J concluded that what Mann J must have meant by ‘transaction’ was ‘the actual communication in which privilege is waived’ (para [35]). In this case, that meant the emails of 29 March 2012 and 15–16 April 2012 and nothing more (paras [36], [38]).

Further, although Mann J had concluded that, in identifying the transaction, one should go on to look at the purpose for which disclosure had been made, in this case that made no difference—the purpose here was to seek to rebut the allegation of recent fabrication (para [37]).

Lastly, the question arose as to whether fairness required further disclosure (para [41]). Here, Nugee J noted firmly that the court was not exercising a discretion, rather, the scope of collateral waiver was in principle objectively determinable (paras [42], [43]). Referring to the detailed reasoning in Tanter, Nugee J concluded that fairness did not require the opening up of later privileged communications between the first claimant and his solicitors (paras [44]–[54]). Nugee J thus refused to order disclosure in respect of the second, third and fourth categories, while ordering it in respect of the first category. Collateral waiver thus extended only to documents incorporated by reference in the emails over which privilege had been waived (paras [13], [14]).

How helpful is the judgment in clarifying the law in this area? Why is it important for practitioners?

Any lingering uncertainty as to the meaning and application of the principles laid down by Mann J in Fulham Leisure ought to have been put to rest by Nugee J’s judgment. What can really be taken from the judgment is its clarity on what is meant by ‘identifying the transaction’ in respect of which the disclosure has been made.

Clarity is particularly important in this area because where parties intentionally waive privilege over documents, their opponent will nearly always, as in this case, seek to maximise the scope of the collateral waiver which will follow. This judgment helpfully clarifies the principles that will be applied in defining the scope of that collateral waiver and should thus be welcomed by practitioners.

What should practitioners be mindful of when advising in this area?

There must be one final word of caution—on the issue of whether fairness required further disclosure of privileged material, Nugee J recognised the obvious point that ‘what strikes one judge as fair in one case may not strike another judge as fair in another case’ (para [41]). It was on this basis that, observing that the court was not exercising a discretion, he sought to anchor his decision firmly on previous authority rather than on fairness.

Even so, grey areas remain. For example, Nugee J noted that, hypothetically, if the first claimant had sent a further email on 17 April 2012 correcting the disclosed emails, that too would in principle be disclosable as in reality part of one extended communication (paras [53], [54]). That, with respect, is surely right, but as the judge also observed, any later statement to his lawyers by the first claimant on the same topic, unless mere repetition, could in principle be characterised as a correction (or amplification, extension, qualification or alteration) of the disclosed emails, and yet to order disclosure of every such statement would completely undermine the principles set out in Tanter.

Where then is the cut-off point beyond which no collateral waiver will be held to have taken place? The answer is not obvious. It follows that there will continue to be an unavoidable degree of uncertainty in advising clients on the consequences of intentionally waiving privilege. For this reason, it will continue to be a matter of sound judgement whether the benefits of waiving privilege outweigh the risks associated with the collateral waiver that will follow.

Interview by Robert Matthews.   This article was first published for LexisNexisPSL.

The views expressed by legal analysis interviewees are not necessarily those of the proprietor.