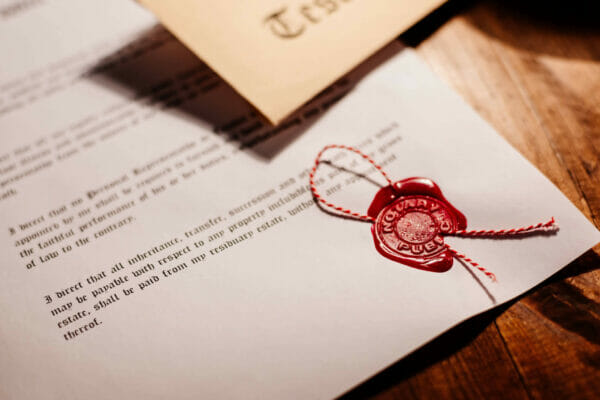 On 26 February 2021, His Honour Judge Jarman QC, sitting as a High Court Judge, handed down judgment in the decision of Davey & Anor v Bailey & Ors [2021] EWHC 445 (Ch) which concerned alleged deathbed gifts made by an elderly couple.

Alan and Margaret Bailey both died at the age of 71 within a few months of one another in 2019. They had no children and each left a will dated 28 May 2009 which appointed the other as the sole executor and beneficiary.

Mrs Bailey passed away first and therefore, upon Mr Bailey’s death, his estate passed to his next of kin under the rules of intestacy namely his brother and the children of his sister who predeceased him. Combined with his wife’s assets, Mr Bailey’s net estate was valued in the region £1.1million.

The Claimants were Mrs Bailey’s sister and brother who claimed that Mr and Mrs Bailey made three substantial gifts to them in contemplation of their respective deaths, namely two gifts of cash and a further gift by Mr Bailey of the house which he had jointly owned with his wife.

As to the first two alleged gifts, it was said on behalf of the Claimants that these were evidenced by a checklist provided to Mrs Bailey by Macmillan upon leaving hospital for the last time which expressed an intention for both sides of the family to benefit substantially from the couple’s estate. It was argued that the gift was made by Mrs Bailey jointly for herself and as agent of her husband in contemplation of her impending death from cancer and that delivery was effected by instructing her sister to complete the checklist in the way that she did.

As to the third alleged gift of the house, it was said that Mr Bailey had allowed one of the claimants to take a metal box file which contained the pre-registration deeds and office copy entries for the property and told her that he and Mrs Bailey wanted her to have the property.

In assessing the claims made, the Judge referred to the lead judgment in the decision of King v Dubrey [2016] Ch 221 and the three requirements to constitute a valid DMC, namely: (i) the deceased contemplates his impending death (ii) the deceased makes a gift which will only take effect if and when his contemplated death occurs. Until then the deceased has the right to revoke the gift; and (iii) the deceased delivers dominion over the subject matter of the gift to the promisee. The Judge also emphasised that courts must not allow the principle of DMCs to be used as a device in order to validate ineffective wills.

In applying the requirements to each of the three alleged DMCs, it was conceded that the first requirement was made out in relation to Mrs Bailey in circumstances where she had been informed that she had an aggressive, terminal form of cancer and she was making arrangements with family members for her funeral.

As to the alleged gifts of cash, the Judge concluded that these claims failed on the latter two requirements on the basis that it was not the intention of the couple to make DMCs but to express testamentary wishes, which Mr Bailey would seek to incorporate into a new will following the death of his wife and there was no delivery of the subject matter of any gift or means of access to it.

The Judge also went on to comment how these gifts were a classic example of how the principle of DMCs is not to be used as a device to validate an ineffective will. Whilst it may have been the couple’s testamentary intention for the Claimants to benefit substantially from their estates, the form relied upon did not amount to a document showing an entitlement to the assets but was simply a document showing testamentary wishes.

As to the gift of the property, the Judge also dismissed this claim for failing to meet the first requirement. Whilst Mr Bailey was unwell and grieving at the time of this alleged gift, he died of an unexpected heart attack and the Judge was not satisfied that there was any justification for a conclusion that he was contemplating his death at the time of the alleged gift.

Nevertheless, the Judge went on to conclude that there were difficulties on the remaining requirements in that there is currently no authority in England and Wales that the delivery of pre-registration deeds or office copy entries may constitute delivery of dominion and, since the Land Registration Act 2002, office copy entries are not required to be produced on any dealing of the property.

The Judge went on to make obiter comments that the current legal position appears to give rise to an odd situation where the requirements of an effective DMC alter depending on whether land is registered or not. However, the Judge did not delve into this topic further and noted that this interesting question deserved detailed discussion in an appropriate case, which this was not.

Whilst this case arose from an incredibly sad set of circumstances, as commented by the Judge, it was a prime example of circumstances in which the principle of DMC ought not to be allowed to validate otherwise ineffective testamentary dispositions.

This case reiterates the high hurdles that claimants will have to leap in order to demonstrate that a valid DMC has been made and also the care with which lawyers should take in assessing such claims.

Finally, whilst obiter comments were made by the Judge, the vexed question as to whether there are different requirements to make a valid DMC of registered land compared to unregistered land remains unanswered.

This article was written by Cameron Stocks. Click here to learn more about Cameron’s expertise.