Home > Espresso update on Service of Proceedings and Abuse of Process

Espresso update on Service of Proceedings and Abuse of Process 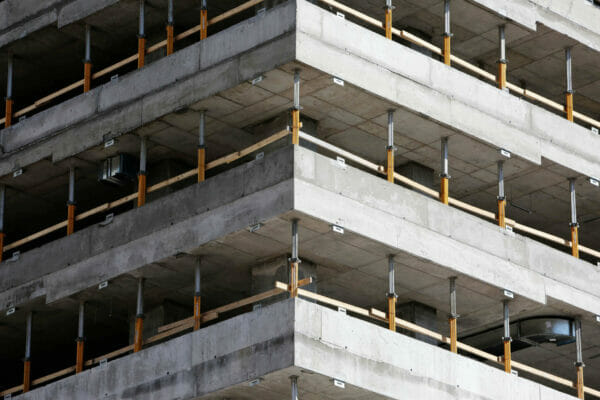 The respondent landlord let his property to the appellant tenant in 2010. In May 2014, a bedroom ceiling at the property collapsed. The appellant brought a disrepair claim against the respondent. The respondent filed a defence and counterclaim alleging arrears of rent, but did not pay the correct court fee for the counterclaim, despite two reminders from the court. The Court subsequently made an order striking out the counterclaim for failure to pay the fee or establish entitlement to fee exemption. The respondent’s defence was also struck out for failing to file a directions questionnaire.

The appellant applied to set the judgment aside, but at first instance, a DDJ refused the application. The appellant appealed and the matter came before HHJ Roberts on appeal.

The first ground of appeal was that the claim form had not been properly served. The Court accepted the appellant’s argument that the respondent was not entitled to serve at the last known address, from which he was well aware that the appellant had been evicted two years before, because he had failed to discharge the duty in CPR 6.9 to consider applying for service at an alternative place or by an alternative method under CPR 6.15. Whilst the respondent had been in touch with the appellant’s Solicitors to request an address for service, this was 9 months before proceedings were actually issued and, although the parties were in contact about the enforcement of the disrepair judgment, in May 2017, the respondent made no mention of the claim for rent arrears until default judgment had been entered. The steps taken by the respondent to consider service by an alternative means were inadequate, he should have applied to the Court and service at the last known address was not valid. In the circumstances, HHJ Roberts held that the appeal should be allowed and default judgment set aside, ‘as of right’, under CPR 13.2.

The Court also accepted the appellant’s alternative case that, even if there had been valid service, the DDJ erred in not exercising the discretion to set aside default judgment, under CPR 13.3, on the basis that the appellant had a real prospect of successfully defending the claim and the application was made promptly. The appellant had stated by way of Defence to the Counterclaim that although she admitted rent arrears, she put the respondent to proof of the extent. The DDJ had wrongly characterised the case as one where there was a meritorious claim for the full amount of the rent arrears. In addition, the appellant had a judgment for £8,000 in damages plus £23,000 in costs, which she was entitled to have set off against any judgment against her.

The Court then considered the final ground of appeal, which was that the DDJ erred in not striking out the claim as an abuse of process, given this involved issuing a second identical claim where the first claim had been struck out and no application for relief from sanctions had been made.

Having reviewed the extensive pre- and post-CPR case law on abuse, including the Janov, Arbuthnot and Securum line of authority, the Court adopted the analysis of the different categories of case where an action may be struck out for abuse of process in the judgment of Morris J in Davies v Carillion Energy Services Limited [2017] EWHC 3206. HHJ Roberts held that the counterclaim in the first action was struck out for a procedural misstep and not an intentional and contumelious default, hence the first action was not an abuse of the process.

Whilst the Court agreed that it was perverse of the DDJ to consider that wasted resources would only be incurred by the appellant defending herself in the second claim, rather than focussing on respondent’s waste of resources in the original claim, the court resources used by the respondent in the counterclaim were at the very lower end of the scale. It would not be abusive to permit the respondent to bring a second claim. As said by Morris J in Davies, “The importance of the efficient use of resources does not…trump the overriding need to do justice.”

HHJ Roberts held that where an action is struck out for a single procedural default, a failure to apply for relief from sanctions does not bar the commencement of a second action or make it an abuse.

Whilst the Court did not strike the case out as an abuse of process, the appellant’s appeal was allowed on the other grounds (service and real prospects) and default judgment was set aside, with a £10,000 costs order against the respondent, allowing the appellant to defend the arrears claim.

This appeal has also been the subject of discussion in the Civil Litigation Brief blog written by Hardwicke Injury team consultant member, Gordon Exall:

Your espresso is probably getting cold by now, but if this outline look at the case has encouraged you to read the judgment and see how this guidance might apply to your cases, so much the better.

By Charles Bagot QC, September 2018: Charles acted for the successful appellant on appeal and was instructed by Anthony Okumah of Duncan Lewis Solicitors.