Home > Halliburton with a Brazilian Twist: Supreme Court assistance on the hot topics of conflicts of interest and arbitrator’s duties

Halliburton with a Brazilian Twist: Supreme Court assistance on the hot topics of conflicts of interest and arbitrator’s duties 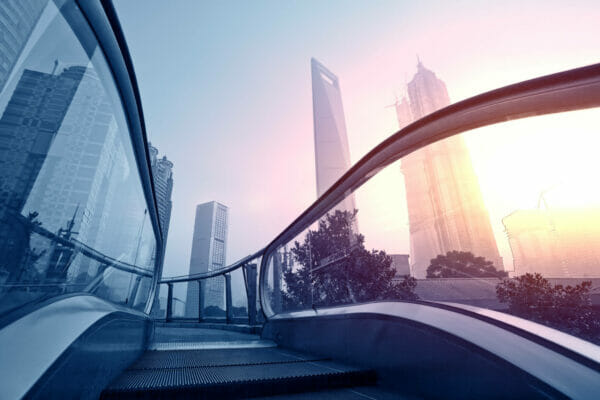 This is Part I of a series of two articles Frederico Singarajah has produced for Practical Law’s Arbitration Blog.

On 5 January 2018, Practical Law Arbitration Blog published an article I wrote on the Abengoa case in Brazil “A firm view on conflicts of interest”. It was a rare case where the Brazilian Superior Court of Justice (STJ) refused to enforce a foreign judgment, for reasons of lack impartiality of the arbitrator.

The issue of conflicts of interest as well as an arbitrator’s duty to disclose have been hot topics in recent times, in England because of the long-awaited Halliburton decision of the Supreme Court (SC) and in Brazil, once again, because of the “Fazon” case, which is astonishingly similar in the issues the respective courts were invited to decide.

On 12th and 13th November 2019, the SC heard the oral submissions of the parties on appeal from the Court of Appeal (CoA) in the Halliburton case.

Lord Grabiner, for Halliburton, submitted the issue for the court to decide as follows: does English law require a party to submit its disputes to an arbitrator who has breached his duties to that party and whose conduct has generated the legitimate concerns referred to by the CoA?

Halliburton argued the CoA got it wrong. It advanced the CIArb, LCIA and ICC’s criticisms (interveners in the appeal) along with its own. I should mention that the LMAA and GAFTA were also interveners and were for the appeal being dismissed. Their position was firmly grounded on the CoA’s judgment on the first issue.

On the first issue, Halliburton argued Chubb had an advantage in being able to have a “dress rehearsal” on matters before M in the Transocean arbitration, gaining inside knowledge and being privy to ex-parte communication. It argued this was specifically prohibited in the agreement between the parties. It also argued the failure to disclose prevented Halliburton from objecting to the appointment or taking measures to prevent any prejudice, in their arbitration.

Chubb argued that Bermuda form insurance like maritime arbitration was a specialist sector where there was a limited pool of competent arbitrators and it was common for multiple appointments with common parties and arbitrators to take place. There was no objection by Halliburton to M’s involvement in the earlier arbitration, where he was sole arbitrator, which he disclosed.

Chubb also argued the CoA had applied a two-stage test with regards to disclosure and that this required determination of  whether disclosure was necessary in all the circumstances and what the significance of the non-disclosure was, in the context of giving rise to justifiable doubts. It argued this was correct.

On 27 November 2020, the SC handed down its judgment. The SC was made up of Ladies Arden and Black and Lords Reed, Black and Hodge, the latter of which gave the leading judgment.

Halliburton’s case is summarised as being put in terms of apparent unconscious bias. The Court set out five reasons justifying the formation of that perception:

Lord Hodge expressed the view that it was the fifth point, made by Lord Grabiner, which had some force.

As he sets out the law, Lord Hodge goes on to state that under English law, there is no distinction between neutrality and partiality and that this is becoming an accepted feature internationally. In terms of the test for disclosure, he makes the distinction between the institutional and IBA Guidelines subjective test that is in the eyes of the parties; and the English law objective test that is in the eyes of the fair-minded and informed observer. He recognises the CoA developed the law, by holding there was a positive duty to disclose and describes that such a duty operates as an implied term in the contract between the arbitrator and the parties, much like the duty of confidentiality, previously established. Lord Hodge also stated the obligation to disclose arises from the section 33 of the English Arbitration Act 1996 (AA 1996) non-derogatory duty of fairness and goes on to set out his ratio on the positive duty to disclose. He then discusses the interplay between the duty to disclose and the obligation to hold information confidential.

Turning to the matters of this article, Lord Hodge holds that where an arbitrator is appointed in multiple arbitrations with a common party, such appointments must be disclosed as a matter of English law. Any disclosure should include the identity of the common party, who and how the arbitrator was nominated and confirm whether the appointment is related to a common event. He explains there is a public interest in this duty which is consistent with the arbitrator’s duties of fairness and impartiality, whether they arise from section 33, or relate to the court’s powers of removal further to sections 24(d)(1)(i) or 24(1)(a) of AA 1996, respectively. An arbitrator’s duty to disclose is more onerous that a judge’s. However, parties are able to dispense with or limit such an obligation by agreement. Absent such dispensation, however, Lady Arden emphasised the obligatory nature of this disclosure.

A failure to make such a disclosure may amount to apparent bias. Whether it does or not, will depend on the relevant custom and practice. Any assessment of such a failure is at the time at which the duty should have been complied with. Lady Arden confirmed this duty arises in anticipation of appointment. The duty is a continuing duty. The apparent bias is conversely assessed on the basis of the information available at the time of the hearing.

On 11 August 2020, the São Paulo Appeals Court (TJSP) set aside an arbitral award on the grounds of a lack of impartiality of the arbitrator, further to article 21(2) of the Brazilian Arbitration Act 1996 (Brazilian Act).

In the Fazon case, one arbitrator acted as chair in a first arbitration and was appointed by one of the parties in the second arbitration, with one common party and overlapping subject matter. As in Halliburton, the arbitrator (I shall refer to him as “X”) disclosed his previous appointment as chair in the second arbitration, but failed to disclose his subsequent party appointment, to the other party in the first. As can be seen by the described facts of the Fazon case, the issues for the TJSP were identical as those of the CoA.

I should contextualise the Fazon case by stating that in Brazil, arbitration is a specialist practice area that also has, generally, a small pool of arbitrators. Renowned arbitrators are rumoured to be engaged in over 50 cases at any one time. Their position therefore bears more resemblance to arguments advanced by Chubb and the LMAA and GAFTA as interveners in the Halliburton case. I should also state that there were present specific facts in Fazon, which may have led the TJSP to have reached a different conclusion, had it gone on to consider later issues.

The TJSP held that all information of a personal or professional nature, capable of giving rise to justifiable doubts as to the impartiality or integrity of an arbitrator, must be immediately disclosed. Like the SC, the TJSP held that the duty to disclose, codified in article 14(1) of the Brazilian Act, is triggered upon nomination, when considering the appointment and is a continuing duty.

The TJSP held that any omission should not be regarded as normal or usual and amounts to a failure, which goes directly to the perception of partiality alleged and therefore directly affects the validity of an award. The TJSP relied on the Abengoa case as a binding precedent, and concluded the lack of disclosure further to article 14(1) of the Brazilian Act, was, in and of itself, sufficient to give rise to justifiable doubts as to the impartiality of X. Having made that finding, the TJSP did not proceed to consider whether the facts of the specific case amounted to apparent bias.