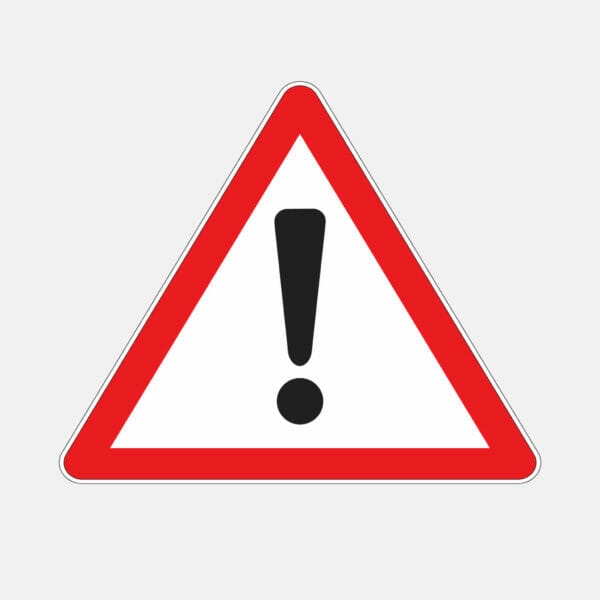 For a cause of action to accrue in negligence, the claimant must show that they have suﬀered damage; identifying when this has occurred has important implications for the question of whether a limitation defence is available. The recent case of Halsall v Champion Consulting Ltd followed earlier authority suggesting that a cause of action arises when the claimant is put at a ‘commercial disadvantage’. It is suggested that the reasoning in Halsall is inconsistent with earlier authority, in particular the House of Lords’ decision in Law Society v Sephton & Co. The courts should revisit this line of authority and insist on some actual ﬁnancial loss being suﬀered before a claim can be brought.

When does the claimant’s cause of action accrue in a professional negligence case? In particular, at what point has the claimant suﬀered a recoverable loss? This question is of course most relevant when a potential limitation defence arises under s 2 of the Limitation Act 1980, and is an issue that the courts have struggled with for some time. The recent case of Halsall v Champion Consulting Ltd [2017] EWHC 1079 (QB) (reported in Tax Journal, 16 June 2017) serves as a useful reminder of the diﬃculties that can arise in this area.

The cases on this issue do not speak with one voice, and the courts have made several attempts to classify the diﬀerent lines of authority, none of which are completely satisfactory. At least four distinct strands of reasoning can be seen.

None of these cases sit easily alongside one another, but perhaps the biggest surprise is that the fourth category exists at all. In Shore, the claimant had transferred his pension pot into a personal pension income withdrawal scheme, having been negligently advised that the scheme would give him a safe investment and steady income. In fact, the new schem was risky, and subsequently suffered loss.

It was held that the claimant suﬀered an immediate loss on transfer into the new scheme, because the scheme was immediately less advantageous to him than the safe investment that he had wanted. That conclusion appears to be inconsistent with earlier authority, not least the House of Lords’ decision in Sephton. For example, in Shore, Dyson LJ said (at para 42) that: ‘It is the possibility of actual ﬁnancial harm that constitutes the loss. That possibility is present even if there is also the possibility that the claimant will be ﬁnancially better oﬀ as a result of being exposed to the risk.’

This reasoning appears diﬃcult to reconcile with Lord Mance’s statement in Sephton (ibid, at para 77) that: ‘Even where negligence brings about a speciﬁc transaction and thus a change in the claimant’s legal position, Lord Nicholls observed in the Nykredit (No. 2) case [1997] 1 WLR 1627 in the passage … cited in paragraph 73 above, that the mere entry into the transaction under which “Financial loss is possible, but not certain” is not suﬃcient detriment.’

hese diﬃculties surfaced once again in the recent case of Halsall v Champion Consulting Ltd [2017] EWHC 1079 (QB), a case concerning negligent tax advice. In that case, the claimant investors had been given advice about a tax avoidance scheme known as ‘charity shells’.

The defendants, Champion, advised the claimants (rather boldly) that the scheme was ‘not susceptible to challenge by HMRC’ and gave a ‘100% assurance’ that tax relief would be obtained. In the face of this strong advice, the claimants entered into the scheme, investing in around 2003.

In 2009, HMRC began an inquiry into the valuation placed on the shares, and the claimants contacted Champion to seek clariﬁcation of the position. Champion gave reassurances that the tax relief would ultimately be conﬁrmed. The inquiry continued for a further seven years, and the scheme was challenged before the tax tribunal in April 2014. HMRC won that case, and the claimants had to pay the tax due on the amounts for which they had claimed giﬅ relief reﬂecting the inﬂated value of the shares.

The investors sought to bring a claim against Champion for the advice it had given in respect of the scheme. The claim was defended on the basis that it was issued outisde the limitation period.

In a substantial judgment running to some 374 paragraphs, HHJ Moulder examined a range of issues: scope of duty, breach, causation, contributory negligence, and limitation. She found for the claimants on liability, but held that the claim was statute-barred. The judgment is impressive for the sheer amount of ground that it covers, but for present purposes it is the discussion regarding limitation that is of most interest.

In addressing that issue, HHJ Moulder followed Shore and another case that adopted a similar line of reasoning, Pegasus Management Holdings SCA v Ernst & Young [2010] EWCA Civ 181. She concluded that the claimants were committed to a disadvantageous position from the date on which they contracted to purchase the shares. When they did so: ‘they suﬀered damage, not because the shares were then worth less than the claimants paid for them, but because the purchase of the shares would not give the claimants the result that the defendants had assured the claimants would result, i.e. the tax relief.’

As with Shore, this appears entirely at odds with the reasoning in Sephton and other cases. Daniels v Thompson [2004] EWCA Civ 307 (an inheritance tax case) is authority that an individual does not suﬀer a loss purely because negligent advice frustrates the purpose for which it was sought. The fact that, in Halsall, ‘the purchase of the shares would not give the claimants the result that the defendants had assured the claimants would result’ should therefore be insuﬃcient.

Subjectively, the purpose for which the claimants entered into the transaction was undermined: what they acquired did not have an attribute which was crucial to them when they decided to proceed. But objectively, they suﬀered no ﬁnancial loss: they had shares that were worth what they had paid for them, in the same way that the bank in Nykredit had suﬃcient security when they advanced the loan, and therefore suﬀered no loss.

Halsall also touches on another question, which is peculiar to tax cases. Does a claimant who enters into a failed tax avoidance scheme on the basis of negligent advice suﬀer an immediate loss, or does their loss only arise when the tax avoidance scheme subsequently fails? In the case of Daniels, the Court of Appeal said (obiter) that the cause of action would accrue when the claimant ‘did not take steps which would have ensured’ that the tax position was mitigated, which suggests an early accrual date.

In Halsall, HHJ Moulder did consider an argument that the case was one of a purely contingent liability. She rejected the suggestion that damage to the claimant was contingent upon the outcome of the HMRC inquiry and the investigation. She relied upon the case of Integral Memory Plc v Haines Watts [2012] STI 1385, a case concerning liability to interest charges on unpaid NIC. In that case, the court said (at para 32):

Ths reasoning appears to be correct insofar as it rejects the idea that liabilities are contingent on the outcome of court cases. However, any analogy between interest on NIC interst charges and the facts of Halsall is a bad one, and overlooks an important distinction. Unlike NIC interest (which arises automatically), the gift relief in Halsall must be claimbed by the taxpayer through their tax return (ITA 2007 s 431(1)(b)). The tax liability position of the claimants was not aﬀected at all until they made such a claim.

It could have been argued that the claimants suﬀered a loss at the time when they paid Champion’s fee. However, that does not appear to have been the basis of the reasoning in Halsall; HHJ Moulder focused instead on identifying a loss arising from the acquisition itself.

A powerful argument could be made that the claimants suﬀered a loss when they giﬅed the shares to the charities, on the basis of advice that they would be able to claim giﬅ relief. Although their tax liability was not aﬀected at that point, they had suﬀered a genuine loss – a loss of the (true) value of the shares. Indeed, the judgment in Halsall was put on this basis as an alternative (ibid, at para 227).

It is, however, diﬃcult to see an argument that a loss was suﬀered any earlier, as it would still be dependent upon subsequent events or steps being taken. If, having purchased the shares, the claimants decided simply to keep them, could they truly have brought a claim on the basis that the charity shells scheme would have failed had it been carried through? It is submitted that such a claim would be premature.

The court’s reasoning on the issue of when a cause of action will accrue for the purposes of s 2 of the Limitation Act 1980 illustrates the diﬃculties with the Shore line of cases. It is hoped that the Supreme Court will take an opportunity in the near future to review this line of authority, and insist once again upon actual ﬁnancial loss before a cause of action will arise, in line with the House of Lords’ decision in Sephton.

This article was first published in LexisNexis’ Tax Journal.