Home > It’s Not Your Vault: Adverse Possession in King & Anor v The Benefice of Newburn In the Diocese of Newcastle

It’s Not Your Vault: Adverse Possession in King & Anor v The Benefice of Newburn In the Diocese of Newcastle 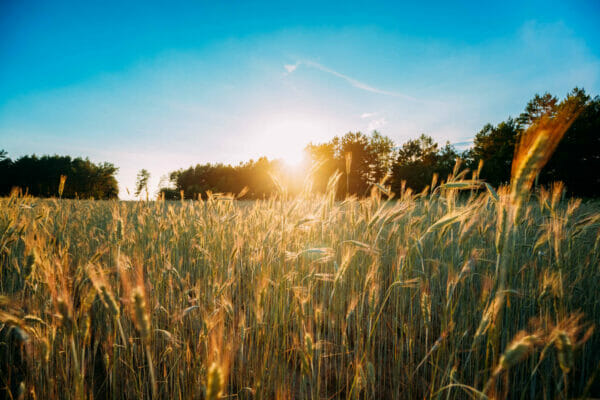 According to the statistics held by HM Land Registry, some 15% of land in England and Wales is unregistered. In particular, much of the land owned by the Crown, the aristocracy and the Church has not been registered, because there has been no change in ownership of the land since compulsory registration on sale of land was introduced.

Factually, this is rather an unusual case, concerning a dispute between a church and the successors in title to a family vault located beneath the central aisle of the nave. Rarely, when one thinks of squatters, does one have in mind the Church of England. Notwithstanding these unusual features, the principles considered and applied by the Upper Tribunal are of broader application.

The appeal arose from the decision of Judge Elizabeth Cooke on references to the First-tier Tribunal (FTT) made by the Land Registry, following the application of Church authorities for the first registration of title to the church building and churchyard of Holy Trinity, Dalton, near Newcastle upon Tyne.

The church contains a burial vault, which lies below the central aisle of the nave of the church. Following the decision of the Court of Arches (Dr Lushington) in Rugg v Kingsmill (1867) LR 1 A & E 343, the consecration of a church or chapel extends to the vaults beneath, and the Sentence of Consecration in this case therefore extended to the burial vault.

The 1837 Conveyance expressly excepted and reserved to the grantor, Edward Collingwood:

The Wikipedia page for the family seat, Dissington Hall, which passed out of the ownership of the family following the Second World War, notes that Edward had been born Edward Spencer-Stanhope. He had inherited the property from his uncle, Edward Collingwood (1734–1806), a barrister and coal mine owner of Chirton, who left it to him on the condition that he change his name to Collingwood.

Sadly, the church had fallen into disuse and was closed for regular public worship in 2004. The church remains vested in the Church authorities, who want to remove the coffins within the vault and re-inter them elsewhere, so that the church can be marketed for sale as a potential residential conversion.

There is a deep sense of family history in this case. The appellants, one of whom now resides in New Zealand, were unwilling to accept the removal of the vault and the re-interment of their ancestors, notwithstanding the offer of a share in any profits.

The FTT had found that on the proper construction of the conveyance, the grantor retained the paper title to the vault, and that this was not invalidated by the provisions of section 37 of the Church Building Act 1818, or the subsequent consecration of the church. However, the FTT went on to find that the Church authorities had acquired title to the church by adverse possession. Edward’s descendants appealed against that decision.

The use of church and vault

Save for the interment of the members of the Collingwood family, there was no evidence that anyone had entered the vault.

It was common ground that there was no means of accessing the vault from the exterior of the church. The means by which the vault had been accessed to inter the Collingwood family members was unclear. Whilst there existed a flagstone with a metal ring, this would not afford sufficient space to enable a coffin to be taken down to the vault.

There was no evidence of any steps leading to the vault from the interior of the church. In 2010, a member of the family had met with Church officials and an inspection had been carried out. Flagstones had been raised and the roof of the vault exposed. A camera had been inserted through a small hole in order to take photos, which confirmed the presence of the coffins.

It was accepted in evidence that no incumbent of the church, or any representative of the Church Commissioners or the Diocesan Board of Finance (DBF) had ever entered the vault.

Before the church was closed to regular public worship, its door had been left unlocked. After it was closed, it was kept locked and the keys were held in a safe at the Diocesan office. It was found by the Tribunal that this had been done for reasons of security and there had never been any intention on the part of the Church Commissioners to exclude the descendants of Edward Collingwood.

In the absence of any authority directly dealing with a situation of this nature, the Tribunal proceeded from first principles applicable more generally to any case of adverse possession.

The Tribunal set out the following statement of principle from Megarry & Wade: The Law of Real Property, 9th ed (2019), at paragraphs 7-28 et sec, when the owner of land is entitled in possession, time begins to run as soon as both:

It was noted to be irrelevant, in the absence of concealed fraud, that the true owner does not know that he or she has been dispossessed. Nor is there any requirement that adverse possession must be objectively apparent.

However, as David Richards J observed in Wretham v Ross [2005] EWHC 1259 (Ch) at paragraph 31: “It is without question a vital protection to paper owners that there must be physical possession of the property by the squatter with the requisite intention of exclusive possession. It is hard to imagine cases where legal possession could be established without it being apparent to a properly informed owner visiting the property at appropriate times in the 12-year period”. In Roberts v Swangrove Estates Ltd [2007] EWHC 513 (Ch), [2007] 2 P & CR 326 at paragraph 40, Lindsay J suggested in similar terms that the squatter’s “factual possession must be sufficiently clear that, if the owner were present on the land, he would appreciate that the squatter was dispossessing him”.

The principles that determine whether conduct amounts to adverse possession, affirmed by the House of Lords in J A Pye (Oxford) Ltd v Graham [2002] UKHL 30, [2003] 1 AC 419, were also considered: To establish adverse possession, a squatter must prove both factual possession of the land and the requisite intention to possess (or “animus possidendi”).

If a person is in possession of land with the permission of its true owner, his possession cannot be adverse. Moreover, adverse possession will cease where the squatter gives a written acknowledgment of the owner’s title (which causes time to run afresh) (section 29(1) and (2), Limitation Act 1980).

It was held that account needed to be taken both of the particular nature of the use that could be expected to be made of the vault by a full owner (namely to put any human remains interred therein to rest, and keeping those remains undisturbed and well away from the rest of the world) and of the way that the respondents had actually dealt with the land in question (by controlling access to the church).

The Tribunal found that the respondents failed to satisfy both limbs of the two-fold test established in Powell v McFarlane and endorsed in Pye v Graham in that:

The locking of the church doors did not operate so as to put the paper title owners of the burial vault on notice that they were being excluded from possession of the vault. The mere ability to prevent access to the vault from outside the church could not sensibly be said to amount to the act of taking physical possession of the vault, particularly where the respondents had provided the descendants of Edward Collingwood with access whenever they have requested it and without any reservation.

The FTT had reasoned that the very least that an owner in possession of a vault must have is the ability to access it, not in the sense of getting inside it, but in the sense of being able physically to approach it and look at the external evidence of its presence. An owner who could not do that without permission could not, in the FTT’s judgment, be said to be in possession of the vault. The logical consequence of this approach is that the paper title owner of a burial vault located within a church, and with no independent external means of access, would automatically discontinue possession if the church authorities were to keep the church building locked unless the paper title owners were permanently provided with a key.

The Upper Tribunal considered this to be incorrect. In the Upper Tribunal’s judgment, it would only be if reasonable access were refused on request by the paper title owner, or if the Church authorities were to refuse their reasonable request to inter the remains of a further family member within the vault, or if the Church were to take steps to remove the human remains and coffins or caskets resting within the vault, that the paper title owners could sensibly be said to have been dispossessed of the vault. On other facts, Church authorities might successfully be able to assert possessory title to a burial vault, as where they had taken such steps, but not on the facts of the instant case.

The take-away from this case, of broader application, is the need to consider the nature of the land in question, and the use to which it could be expected to be put, in evaluating whether or not the paper title owner has been dispossessed. Here, a vault, by its very nature, is not a place to be disturbed and access to the vault was likely to be a once in a generation occurrence. In that sense, the use the family had made of it was consistent with their continuing possession of the vault. While that use was comparatively slight, the Church authorities had simply not done enough to dispossess the family and take possession themselves.

Notwithstanding the success of the Collingwood descendants on the appeal, the future of the church hangs in the balance. The DBF and the Church Commissioners were noted by the Tribunal to be keen to settle the future of the church building before its condition deteriorates to the point where its re-use is unviable. If the church building could not be used for residential purposes, it was suggested that the only available option may be a proposal to demolish the church. The Tribunal urged the parties to engage constructively with each other to avoid such an undesirable outcome.