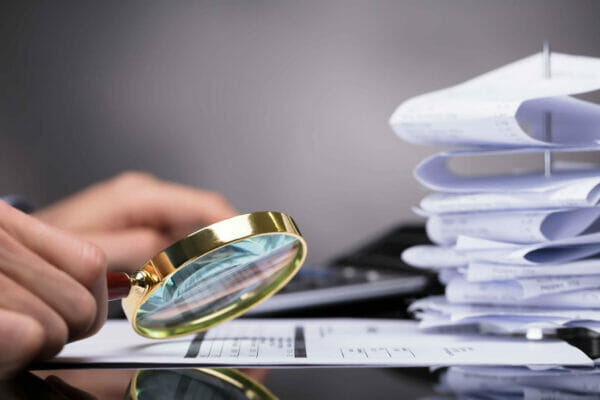 Dispute Resolution analysis: A claim to recover sums paid by a fraudster to his son was not time-barred even though it was brought more than six years after the payment was made. The limitation period was postponed due to the fraud/deliberate concealment of the father pursuant to section 32 of the Limitation Act 1980 (LA 1980). In such circumstances, the son is said to be claiming through his father even though no direct transfer of property was been made by the father to the son. Written by Phillip Patterson, barrister, Hardwicke.

This is a further case emphasising the broad scope of LA 1980, s 32. It is a trend which can be seen in cases such as Haysport v Ackerman [2016] EWHC 393 (Ch) and shows a growing reluctance on the part of courts to allow limitation defences to prevail in circumstances of fraud or deliberate concealment. In coming to the conclusions it did in this case, the Court of Appeal has also offered guidance on the interpretation of LA 1980, s 32(3), a provision not directly relevant to the matters at issue but which is frequently cited in claims where limitation is an issue. The implications of that dicta may prove to be further reaching than the dicta on ‘claiming through’.

This is the latest in a lengthy series of hearings and appeals arising out of a dispute between a Ukrainian bank (the Bank) and its former controller, Mukhtar Ablyazov (Mr Ablyazov). The Bank alleged that Mr Ablyazov embezzled approximately US$5bn from it during the period when he was its controller and has obtained judgments against Mr Ablyazov for the return of those sums. To date, only a small proportion of the judgment debts have been satisfied, and without the cooperation of Mr Ablyazov. This latest hearing concerns a payment made by Mr Ablyazov from a bank account in his name to an account in the name of his son, Madiyar on 26 February 2009. This transfer was prior to the main proceedings being commenced. The Bank sought to set aside this transfer as a transaction defrauding creditors under section 423 of the Insolvency Act 1986 (IA 1986) or, in the alternative, a declaration that the money was held by Madiyar on trust for Mr Ablyazov. On 9 December 2016, Laurence Rabinowitz QC, sitting as a Deputy High Court Judge, dismissed these claims.

The judge at first instance held that the transfer to Madiyar was a gift and, in circumstances where the gift was to be used by Madiyar to obtain a Tier 1 Investor visa to remain in the UK after a period of study expired, the requisite purpose for a transaction defrauding creditors was not made out.

The Bank appealed, principally challenging the judge’s application of the statutory test for purpose in IA 1986, s 423. In his respondent’s notice, Madiyar asserted that the judge should have dismissed IA 1986, s 423 claim as being time-barred, an argument rejected at first instance.

In short, Madiyar argued that these proceedings were issued in December 2015, more than six years after the impugned payment was made on 26 February 2009.

The Court of Appeal dismissed the Bank’s appeal on substantive grounds, finding that the judge had correctly applied the test for purpose in IA 1986, s 423. Nevertheless, as their Lordships had heard full argument on the limitation point, they chose to address it specifically in the judgment of Leggatt LJ, with whom Coulson LJ and Gloster LJ agreed.

‘(1) Subject to [subsections (3) and (4A)] below, where in the case of any action for which a period of limitation is prescribed by this Act, either—

the period of limitation shall not begin to run until the plaintiff has discovered the fraud, concealment or mistake (as the case may be) or could with reasonable diligence have discovered it.

The Court of Appeal was required to address the paradox that while the Bank sought to rely on Mr Ablyazov’s fraud and/or deliberate concealment to postpone limitation, it was Madiyar who was raising the limitation defence. The Bank sought to circumvent this difficulty by arguing that Madiyar was, for the purpose of LA 1980, s 32, claiming through Mr Ablyazov.

‘… a person shall be treated as claiming through another person if he became entitled by, through, under or by the act of that other person to the right claimed…’

The Court of Appeal rejected a narrow reading of LA 1980, s 32 advanced by Peter Knox QC, on behalf of Madiyar, that a person is to be treated as claiming through another person only if the right claimed is a right to which that person became entitled by a transfer of property. The Court of Appeal agreed with the submission that a transfer between the two bank accounts did not amount to a transfer of property between Mr Ablyazov and Madiyar, but concluded that this did not affect the operation of LA 1980, s 32:

‘On a plain reading of the statutory provision, that requirement is met where (as in this case) the right to the chose in action constituted by money credited to the bank account of the payee was acquired through or by the act of the payor in causing the payment to be made.’ (Leggatt LJ at [54]).

‘… nothing in this section shall enable any action—

Madiyar was claiming through Mr Ablyazov and, therefore, Mr Ablyazov’s fraud and/or deliberate concealment postponed the running of time as against Madiyar.

This article was first published by Lexis®PSL on 25 May 2018.