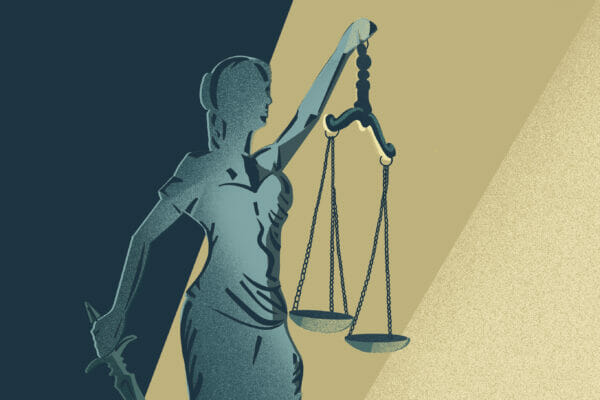 The Court of Appeal has overturned a judgment striking out an unfair prejudice petition on the grounds of delay in presenting the petition and acquiescence on the part of the petitioner.

This is an interesting decision on the circumstances in which claims, and more specifically, an unfair prejudice petition may be struck out on the grounds of delay and acquiescence. The questions arose in what was undoubtedly an exceptional set out facts in which many of the relevant events were extremely historic. The Court of Appeal drew a distinction, however, which had not been made by the Judge below, between allegations of exclusion of management which can and should have been brought at a much earlier stage and other allegations about mismanagement of which he was unaware due to the exclusion. A further observation made by the Court of Appeal is that arguments of delay and acquiescence may be assessed more easily by the trial judge having heard full evidence than at an interlocutory stage, for example, in an application to strike out. This suggests that parties ought to be slow to consider applications to strike out on this basis.

The judgment relates to an unfair prejudice petition brought in respect of a company, Cherry Hill Skip Hire Limited. Upon incorporation in 1982, 51% of the shares were allocated to Norma Bailey (“Norma”) and 49% to her son, Andrew. Both Norma and Andrew were directors of the Company. By 1985, Andrew was excluded from any involvement in the management of the Company. Andrew was removed as a Director of the Company on 3 September 1999 and replaced as a Director by his daughter, Jenna on 31 December 1999. Between 2001 and 2003, Andrew, through solicitors, wrote seeking copies of the Company accounts from 1997 onwards, ostensibly with a view to achieving a buy-out of his 49% shareholding. The correspondence threatened an unfair prejudice petition but no petition was, in fact, issued until 1 July 2020. The petition was then amended, both the original and amended version having been drafted by Andrew himself. Points of Defence were filed in response to the original petition but not to the amended version. In the interim, the Respondents applied to strike out the petition on the basis that there were no reasonable grounds to bring the claim and the failure to give proper particulars of the grounds relied upon was likely to obstruct the just disposal of the proceedings. The witness statement served in support of the application stated that the main ground of the application was that the allegations were stale and Andrew had allowed so many years to pass that his claim is bound to fail. At a CCMC, HHJ Hodge QC directed the hearing of preliminary issues. (1) Whether the petition should be dismissed on the grounds of delay and/or acquiescence and, if part should be dismissed, which parts. (2) In respect of any part of the petition that is not dismissed on the grounds of delay or acquiescence, whether any of those remaining allegations should be struck out for want of particularity. At first instance, the Judge struck out the whole of the petition on the grounds of delay and acquiescence. Andrew appealed, accepting that parts of the petition relating to exclusion from management and any complaints prior to 2001 should be struck out, but arguing the Judge was wrong to strike out matters arising after 2001. A further complicating feature of the petition was that the Company itself had been dissolved. As a result, Andrew did not seek an order that his shares be bought out but instead sought to argue that his shareholding be converted into a 49% shareholding in the Third Respondent, a company belonging to Norma and Jenna and that those shares be bought from him by the Respondents.

The appeal was allowed and the petition was stayed pending the necessary steps being taken to restore the Company to the register. This stay was intended to provide Andrew with an opportunity to re-amend the petition and to allow all the parties to take stock of the situation. Andrew accepted on appeal that the intricate form of relief sought was not appropriate and submitted that if the appeal was allowed, he should obtain an order that his shares in the Company be bought out based on valuation assumptions which reflected the conduct of the Respondents in allegedly transferring business away. The scope of the complaints made in the petition were also narrowed somewhat during the appeal. The Court noted that there is no statutory period of limitation applicable to unfair prejudice petitions. Delay in bringing a petition is relevant to the exercise of the Court’s discretion under section 996 of the Companies Act 2006 on the question of relied. Citing Re Edwardian Group Ltd [2019] BCLC 171, the Court held that if, in view of the delay and the reasons for the delay, it is unfair or inappropriate in all the circumstances for the petitioners to obtain the relief sought, the Court will exercise its discretion to refuse it. The Court of Appeal drew a distinction between Andrew’s failure to pursue a petition based on exclusion from management and the fact that, as a passive shareholder, he became aware only much later that money and corporate opportunities had been diverted away from the Company by the majority. Although he plainly sat on his hands during that time, it could not be said that he had acquiesced in the mismanagement of which he was not aware. The Court of Appeal suggested that the Judge may have been better placed to consider these issues having heard the substantive hearing of the petition rather than at an interim stage on a strike-out application.