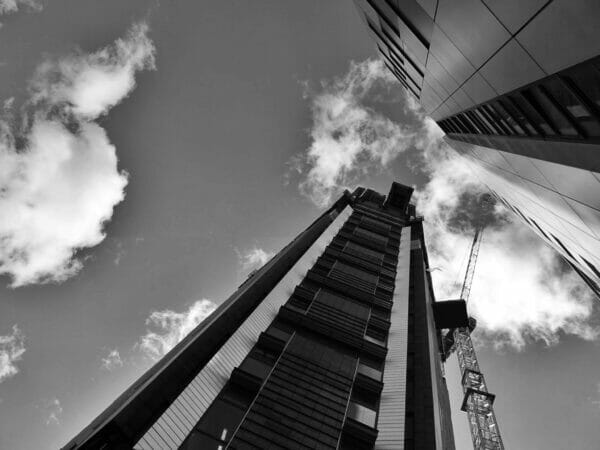 The creditors of New Look Retailers Ltd (NLR) approved a company voluntary arrangement (CVA) that disproportionately impacted on a number of NLR’s landlords. The compromised landlords challenged the CVA on numerous grounds. In dismissing the application, Mr Justice Zacaroli held that the CVA was valid, notwithstanding that it sought to treat various creditors in different ways, and that challenges pursuant to section 6 of the Insolvency Act 1986 (IA 1986) failed. The case is important because it decisively reinforces the courts’ reluctance to interfere with the restructuring efforts of the struggling retail sector, particularly in the face of the coronavirus (COVID-19) pandemic, even where these impinge disproportionately upon landlords. It represents a clear indication of the primacy of the rescue culture over landlords’ rights.

Many landlords were concerned by the trend in recent CVAs, particularly (but not exclusively) in the retail sector, towards increasingly interfering with the rights of landlords under commercial leases (a trend that coronavirus has exacerbated). The decision of Sir Alastair Norris in Discovery (Northampton) Ltd and others v Debenhams Retail Ltd and others [2020] EWHC 1430 (Ch) had come as a disappointment.

In the present case, the applicants expressly invited the judge to depart from Debenhams and hold that the CVA was invalid by virtue of its differential treatment of landlords. The judge refused to do so (not only did he not regard Sir Alastair Norris to have been obviously wrong, but he actually fully concurred with that decision). Prior to this affirmation, there had been a sense that to interfere with the landlords’ rights in the way that this CVA proposed might well be susceptible to attack and that the safer route for such a debtor might be under Part 26A of the Companies Act 2006 (CA 2006). It is probable that the decision in New Look will embolden debtor companies faced with unsustainable liabilities under their leases to go down the voluntary arrangement route rather than assuming they would need to use Pt 26A.

NLR is a retail company in the clothing sector that had over 400 stores and 10,000 employees. Like other such businesses, its business, already in decline prior to 2020, had been devastated by the effects of the coronavirus pandemic. NLR had massive liabilities, under loans and under a guarantee for senior secured notes (SSN), which were secured by debenture (the loans having priority over the SSN). From the start of the lockdown in March 2020, it had ceased to be able to pay its landlords (other than a contribution based on takings during the brief respite in the lockdown over the summer of 2020). It became clear that NLR faced administration with no prospect of dividend to unsecured creditors by October at the latest. NLR proposed a CVA, as part of wider restructuring package for the group, that differentiated between its creditors, in that its liabilities to the landlords of two distribution centres (deemed vital to the business) and to trade creditors and employees were largely to be met, but the landlords of the trading premises (particularly those deemed unsustainable) would have to take a considerable hit, with future rent under continuing leases reduced to a turnover rent, with reduced dilapidation contributions and a right of termination after a certain period granted to NLR. The CVA was approved in October with the support of the SSN holders (to the extent that they were unsecured).

The compromised landlords challenged the CVA, on the basis that it could not amount to a valid CVA with the meaning of IA 1986, s 1 since it was in reality a series of different arrangements treating creditors unequally (the jurisdiction points), that there had been unfair prejudice inherent in the differentiation between creditors and unwarranted interference with the landlords’ rights (the Unfair Prejudice points), and that there had been material irregularities in undervaluing the landlords’ future debts and in material omissions and inaccuracies in the proposal (the Material Irregularity points).

In a thorough (330-paragraph) judgment, including a detailed review of the relevant case law, the court dismissed the application. The jurisdiction points failed: while good faith and equality were principles central to the voluntary arrangement regimes under IA 1986, they did not preclude treating creditors differently in various circumstances; differential treatment necessitated inquiry, but was insufficient in itself to invalidate a CVA; although a voluntary arrangement (like a scheme under CA 2006, Pt 26) could not require a landlord to accept a surrender (see Re Instant Cash Loans Ltd [2019] EWHC 2795 (Ch), [2019] All ER (D) 212 (Oct)), the CVA did not do so but rather allowed the tenant to cease being obliged to pay rent (which did not of itself invalidate the leases).

Similarly, the Unfair Prejudice points failed: neither the differential treatment of certain landlords nor the fact that creditors relatively unimpaired by the CVA had enabled the proposal to be approved in themselves amounted to unfair prejudice; on a vertical comparison, the landlords would be worse off under an administration and the differential treatment, on a horizontal comparison, was justifiable; the landlords had the right to determine the leases if they considered the terms as modified by the CVA too unpalatable.

The Material Irregularity points also failed on the facts: there had been no material non-disclosure and the convenor’s decision under r 15.31(3) of the Insolvency (England and Wales) Rules 2016 had been unimpeachable.

To what extent could the principles used in this case be relevant to Part 26A restructuring plans seeking to compromise landlords’ claims through cross class cram-down?

This case was not concerned with CA 2006, Pt 26A, but it did draw instructive parallels between the two regimes. It was handed down only two days before the judgment of Snowden J Re Virgin Active Holdings Ltd and other companies [2021] EWHC 1246 (Ch), which sanctioned a restructuring plan under CA 2006, Pt 26A that crammed down the rights of certain landlords. It is clear from both judgments that many of the same principles will be in play under each regime and also that the two regimes are not as far apart as they might have seemed prior to these judgments.

On 14 May 2021, the judge granted the landlords permission to appeal.