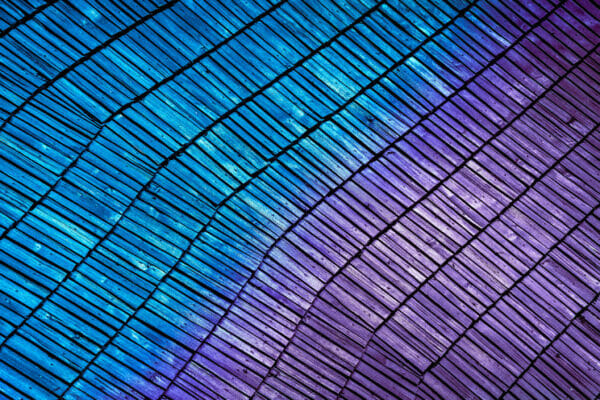 The Upper Tribunal has handed down judgment in DP v Topmark Claims Management Ltd [2020] UKUT 0106 (AAC), which is the first time the Diffuse Mesothelioma Payment Scheme (“DMPS”) has been considered at an appellate level. It gave guidance on the scope of the scheme, as well as wider points on the nature of an appeal before the First Tier Tribunal (“FTT”) and on statutory interpretation.

The key legal points decided were:

Background to the appeal

DP’s wife, JP, worked at a residential care home in which she was exposed to asbestos. She sadly passed away due to mesothelioma in September 2014, having been diagnosed in March of the same year. She was one of the youngest people ever to die of mesothelioma, aged just 37 years. Solicitors were instructed shortly after the diagnosis, but only two years later in September 2016 did they revert to DP and conclude there was insufficient evidence to proceed with a civil claim. This was surprising given the inquest found JP had been exposed to asbestos in the care home which caused her death, and appropriately, DMPS never took a point against DP on this basis.

DP applied to the DMPS. The DMPS is a scheme set up by the Mesothelioma Act 2014 (“the 2014 Act”) to provide quick compensation for individuals where they are diagnosed with (or someone they are a dependant of dies of) mesothelioma but are unable to bring a civil claim for compensation. It provides set amounts of compensation depending on age of diagnosis, which have always been set at a level lower than could generally be claimed in a civil claim.

DP’s application was refused by DMPS, though he was referred to other solicitors who were unable to act in the short amount of time remaining until limitation for a civil claim expired, in September 2017.

During this period, DP had appealed to the FTT which refused the appeal on the basis he was able to bring a claim for damages. This concept arises from section 3 of the 2014 Act, and crucially for the purposes of this claim, it set out that an individual was only eligible where:

“no one is able to bring an action for damages in respect of the disease under the fatal accidents legislation, or on behalf of the estate of the person with the disease, against any employer of that person or any insurer with whom such an employer maintained employers’ liability insurance (because they cannot be found or no longer exist or for any other reason)…”

DP obtained permission to appeal from the Upper Tribunal, and sought representation through the Free Representation Unit. Leading and junior Counsel subsequently acted for DP on a pro bono basis for the appeal.

DMPS argued that the Diffuse Mesothelioma Payment Scheme Regulations 2014 had constrained “any other reason” to particular circumstances set out in those regulations.

The Upper Tribunal had to consider two main issues:

The legislation does not state the date on which the FTT should consider the relevant circumstances. DP argued the general rule is that the FTT considers the facts at the time of its own decision, unless the legislative framework provides otherwise. An example of it providing otherwise is section 12(8) of the Social Security Act 1998, which states in the social security context, the FTT shall not take into account circumstances after the Secretary of State makes a decision.

This proposition was accepted by the Upper Tribunal, and appears to be one of general application:

The Upper Tribunal rejected the argument from DMPS that the scope of this provision was limited by regulations. Therefore, being so unconstrained, it went on to consider what the phrase “any other reason” meant.

In looking at that question, the Tribunal considered in detail the Explanatory Notes and Memorandum to the 2014 Act and concluded that “the purpose of the legislation was to address the particular problems arising where tortfeasors and insurers are unable to compensate a person”. Whilst there was an acknowledgement that such reasons were “very difficult to predict in advance”, the Upper Tribunal interpreted that to mean “any other reason” still needed to relate to the core issue:

“43. In summary therefore, the above shows that the general words were inserted in order to guard against an unforeseen omission or to enable clarification, but not to extend the application of section 3(1)(c) to circumstances of a wholly different kind to the two specified reasons. The meaning of the phrase “any other reason” takes its colour from the first two circumstances specified in the brackets at the end of section 3(1)(c). Section 3(1)(c) is concerned with the circumstances of the putative defendant, as discussed above, not of an applicant. The words “any other reason” are to be construed accordingly.”

The Upper Tribunal then went on to consider DP’s appeal in this light. He did not fall within the scope of the scheme as his reason was not related to the putative defendant, as he knew who JP’s employer was and the company still existed.

The Upper Tribunal went on to consider whether, in any event, DP was able to “bring a claim” when it was out of time. DP argued that section 12(2) of the Limitation Act 1980 states “no action shall be brought” after the end of limitation, which is the same concept as “bring” in the 2014 Act. The Upper Tribunal did not accept this argument, finding that as a matter of legislative interpretation, only where the same expression is used in similar contexts should one statutory definition be persuasive of another. It found these were different legislative contexts. Therefore, the meanings should be interpreted differently.