Home > Does the rule against reflective loss apply to former shareholders? A review of Nectrus Ltd v UCP PLC

Does the rule against reflective loss apply to former shareholders? A review of Nectrus Ltd v UCP PLC 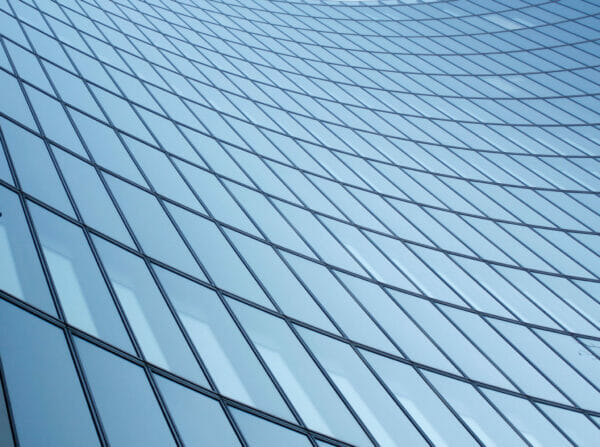 In Nectrus Ltd v UCP PLC [2021] EWCA Civ 57, the Court of Appeal considered an application to reopen a final appeal permission to appeal under CPR Part 52.30.   The case considers both: (i) whether the rule against reflective loss, as considered by the USKC in Marex v Sevilleja [2020] UKSC 31 applies to former shareholders as well as to shareholders; and (ii) the ‘exceptional’ jurisdiction under CPR Part 52.30

This Application arose in a claim brought by the Respondent (‘UPC’) for breach of a tripartite Investment Management Agreement (‘IMA’) dated 14 December 2006 entered into by UPC, its then 100%-owned subsidiary (‘Candor’), and the Applicant (‘Nectrus’).  Pursuant to the IMA, Nectrus provided investment management advice to UPC and Candor, thereby causing or permitting UPC to make, via Candor, substantial cash investments in various Indian SPVs.   The cash invested was ultimately not recovered (‘the Stranded Deposits’) and, in its claim issued on 31 August 2017, UPC alleged that the SPVs were manifestly inappropriate sham entities.

UPC had not been made aware of the Stranded Deposits until 2013, when a third party expressed interest in purchasing UCP’s 100% shareholding in Candor.  Ultimately, the purchase price on completion was reduced by about £5.8 million to reflect the value of the Stranded Deposits.   As a result, UPC  brought a claim in damages from Nectrus for breach of the IMA, in the amount of the discount from the purchase price.

Trial and Permission to Appeal

Nectrus raised a Defence based on the rule against reflective loss (‘the Rule’) and asserted that: (i) the losses claimed were irrecoverable because they were reflective of losses suffered by Candor; and (ii) since Candor could sue Nectrus under the IMA in respect of the same losses, UCP’s claim was barred by the Rule.

By a judgment on quantum dated 20 November 2019, the trial judge rejected this Defence, holding that the Rule did not apply to claims made by former shareholders, and that UPC’s claim as such was a separate and distinct claim from that of Candor.   In doing so, the judge distinguished the judgment of the Court of Appeal in Marex v Sevilleja [2019] QB 173 but noted that the judgment of the Supreme Court on appeal from that decision was still awaited.

Nectrus’s application for permission to appeal on various grounds came before Flaux LJ.  By an order dated 29 May 2020, permission was refused on all but one, namely, that the judge was wrong in not applying the Rule in the circumstances.  But permission on that ground was granted on the contingent basis that the matter be referred back to his Lordship after the Supreme Court handed down judgment in the Marex case, which took place on 15 July 2020 in Marex v Sevilleja [2020] UKSC 31.

Accordingly, Nectrus wrote to the Civil Appeals Office (‘the CAO’) on 17 July 2020, arguing that although the Supreme Court had reaffirmed the Rule, it had not decided whether it applies to a former shareholder who suffered loss by selling its shareholding at an undervalue prior to bringing a claim.  Nectrus indicated it would remain at the Court’s disposal to provide further submissions, should the Court consider it helpful.

UPC responded by a letter dated 21 July 2020 to the CAO (which was also forwarded to Nectrus).  UPC asserted that the effect of the Supreme Court decision was to narrow the scope of the Rule, and that it therefore did not apply to the present case. Accordingly, UPC requested that the Court refuse permission to appeal on the basis that the defence was unarguable in law or alternatively make directions for the filing of further submissions in light of the Supreme Court’s decision in Marex.

Flaux LJ considered both this correspondence and decision of the Supreme Court before making an order on 24 July 2020 dismissing Nectrus’ application for permission to appeal (‘the Order’).

On 28 July 2020 Nectrus wrote to the CAO, asserting that the Order misread the effect of the Supreme Court in Marex, and that since it had been made under the Court’s own initiative in circumstances where Nectrus had not had opportunity to make representations, Nectrus accordingly intended to make an application under CPR 3.3(5) to have the Order set aside or varied, or in the alternative, an application for permission to reopen the appeal under CPR Part 52.30.  Given the forthcoming vacation period, Nectrus sought until 11 September 2020 for any such applications.

On 30 July 2020, both parties were informed that Flaux LJ had directed that any application should be served by 4pm on 31 July 2020, which would be considered before the vacation.  Nectrus sought to issue an application under CPR 3.3(5), but not in the alternative under CPR 52.30.

On 3 August 2020, the CAO wrote to Nectrus explaining that the Order had not been made of the Court’s own initiative but having considered the letters sent by the parties to the CAO on 17 and 21 July 2020.  Accordingly, if Nectrus wished to challenge the Order, the appropriate course would be an application under CPR 52.30.  No such application was made until 28 September 2020.

The relevant provisions of CPR 52.30 are as follows:

(a) it is necessary to do so in order to avoid real injustice;

(b) the circumstances are exceptional and make it appropriate to reopen the appeal; and

(c) there is no alternative effective remedy.

Flaux LJ first considered the applicable principles, as summarised in Goring-on-Thames Parish Council v South Oxfordshire DC [2018] EWCA Civ 860 at [9] to [15] in the judgment of the Court of Appeal (Sir Terence Etherton MR, McCombe and Lindblom LJJ), which included the following points:

Having considered these principles, Flaux LJ rejected the argument that the Order had been made in circumstances where Nectrus had been denied an opportunity to make representations.  Its letter of 17 July 2020 to the CAO could not be characterised as a ‘brief letter sent to progress the appeal’ but clearly set out its case as to why permission to appeal should be granted.  Nectrus had also indicated a willingness to provide further submissions if the Court considered it helpful, but had not stated that, if the Court were to reject the points set out in the letter, that an opportunity to make further submissions should be afforded before refusing the application.  UCP’s letter of 21 July 2020 further made clear its position that Nectrus’s application was unarguable in light of the Supreme Court decisions in Marex and that it should, therefore, be dismissed without the need for further submissions.  Nectrus had not responded by requesting an opportunity to address UCP’s position as to the law.  Flaux LJ therefore considered there had been no procedural unfairness and that the integrity of the litigation process had not been fatally undermined such as to satisfy the essential precondition for invoking the jurisdiction under CPR 52.30.

ii) The Rule Against Reflective Loss

Even if Nectrus could demonstrate that the litigation process had been fundamentally undermined, the present application could not succeed unless there were a powerful probability that the Order was wrong or that the decision on permission to appeal would have been different.  Accordingly, Flaux LJ therefore considered and accepted several overarching points as to why the Rule did not apply in the present case.  These included, inter alia:

The nature of the claim was for breach of contract against Nectrus on losses sustained in its sale of its 100% shareholding in Candor. This crystallised at the time of the sale and was caused by UCP ceasing to be a shareholder.

The express terms of the judgments in the Supreme Court in Marex makes clear that the Rule does not apply to claims brought by former shareholders.

The Rule, as found by the Supreme Court in Marex, is premised on the company law principle in Foss v Harbottle, which is distinct from principle of the law of damages that generally bars double recovery. As a matter of company law, due to the shareholder’s right of participation in the company, where a third party causes loss to both a company and its shareholders, the latter is not recognised as distinct from the former.   A shareholder’s claim is therefore barred on the principle that, for injury done to a company and the company has a cause of action, the only person permitted to seek relief is the company itself.   At the time where UCP’s losses crystallised as a result of breach of contract, there was no unity of economic interest between it and Candor, and the claim was not made in the capacity of a shareholder.

Flaux LJ finally turned to the issue of delay and considered there was no legitimate reason for a two-month delay in issuing the present application.   If the application had any merit, which it did not, such delay would have been a factor weighing heavily against allowing the application.

The Application was accordingly dismissed.

This case helpfully clarifies points of principle regarding both CPR 52.30 and the scope of the rule against reflective loss.  In particular, it is worth noting:

This article was written by Joshua Griffin.
April 2021